I think it’s important to set goals in life. You can be successful, or fail. But you have to set a goal, it’s too easy to just live by, without anything to aim for.

As in life, even in games is important to give the player some clear goals: in the Flower Shop farming sim, your first task is to clean the plot of land from the weeds. Initially I tested it, and was OK, but a bit pointless without a clear goal. So now I added one: clean at least 6 “slots” of terrain from weeds. The plot of lands indeed is divided into 5×5 slots, on each slot you can plant a seedling and grow something. But first you need to clean the weeds from each slot, and then you can plant the seedling.

Just adding the goal was enough to change the game, adding a strategic element. Indeed, each slot has a different “weed density”, so while some only needs 1 click to clean, others need even 3. Each click is an action, worth 1 turn (or 1 hour of game time). So, even if in the first day you’ll work 10 hours (latter only in the morning 6 hours), you still need to check for the slot that need less click to clean.

Because if you just randomly click, you’re very likely to see this screen: 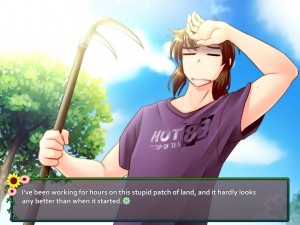 with bad consequences like Uncle Sam forbidding you to call back Jill, not letting you use his truck to reach the town, and so on! 😀 Instead if you do it right, you’ll be rewarded with: 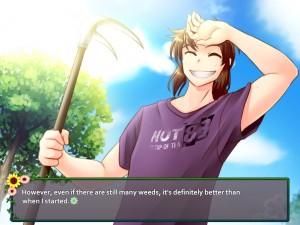 That’s enough work for today for me. Happy New Year to everyone, and may the 2010 bring fame, fortune, happiness and… flowers! They never hurt 🙂

2009 is almost finished. How it was for me? Quite good I’d say. Considering the global crisis, is already enough that I managed to “survive” as indie another year. And in europe even, where you have also to face with insane taxation and the always poor usd value versus euro!
This year I released four games: College Romance (which I didn’t write but only produce), Spirited Heart, Bionic Heart and Heileen 2: The Hands Of Fate. Four games of that quality in a year is a very good achievement for any indie working mainly alone (with the help of external people that produce assets).
Other important things that happened, both good and bad:

GOOD
– I’ve made my first fully voiced game (Bionic Heart). Was very cool, even if a bit painful to put all the voices inside the game and manage all the voice actors. Heileen 2 should have been fully voiced too…
– I’ve learned to manage lots of people and projects at once. Even right now, I have 5 projects started!
– I’ve worked with wonderful people like Ayu Sakata, Deji, Rebecca Gunter, PyTom, Steven Mane, Daniel Conlin, Lucien Dodge and more (sorry if I don’t list you all!). This is very good since I’m building a list of RELIABLE people that I will surely use again on future projects.

BAD
– I’ve learned that writing the game in italian first and having it translated in english is a really bad idea
– I’ve also learned that putting sexy girls in a game doesn’t mean it will automatically sell 😀 you need also to make a good game!
– I’ve finally accepted the fact that none of my games will ever appear on a big portal
– I’ve been disappointed by some people that disappeared or delayed some of my projects for too long

Overall though, was a good year. In 2010 I hope to finish some of the 5 projects I’ve started! The first one probably (crosses fingers) will be the Flower Shop, since in practice once Ayu finishes to put the new character in the game and sends the code back to me, I will finish the farming sim and then… we will only need the voices!

Then, I want to finish Planet Stronghold and Card Sweethearts, a interesting VN-Poker game that is waiting for too long. And I am producing the art now for a new kind of game style that I hope will be a great success, since I like a lot writing the stories and the storyboards for it. For now I can only say that involves detectives, mystery, and a beautiful blonde girl with a French accent…

Today I’m officially releasing Spirited Heart Deluxe. It is not and add-on or expansion, it simply replaces the older version. It is a FREE upgrade to all existing customers and is my personal way to say “thank you” to everyone that supported me buying the game. I put lots of efforts in my games this year, and since I’m fulltime indie, my direct game sales are all my revenues.

Existing customers can just redownload the game from the link they got in their purchase email to get the new version.

So, what’s so special in this update? A lot! First of all, take a look at the new screenshots: 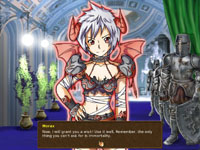 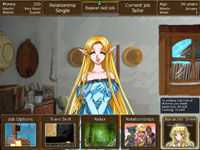 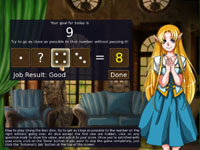 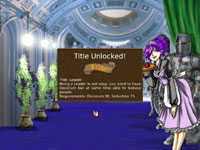 And now for a complete list of the new features:

– New interactive job system: you can now choose to play each day of work in a fun dice-based game. The old instant result system is still available.
– Titles added: if you reach certain values in two skills you’re awarded by an important Title
– Mission from Goddess: after a while you play, you’ll receive a visit from your race Goddess that will give you a task to complete before you reach age of 30. If you succeed, you’ll unlock an extra unique special ending for each race!
– you can now toggle the romance encounter on/off in the relationship screen
– you can now play until you reach the age of 30
– game texts completely edited/proofreaded

I have also uploaded a new demo, use the links below to try it:

and once again, I wish you a Merry Christmas 🙂

Today I thought that would be cool to have some sort of VN series. Like a TV series, several episodes covering several months. However, I’m aware that it wouldn’t be an easy task at all. I seriously doubt anyone could release a VN of decent size (at least 2-3h of gameplay) in less than 30-45 days.

Also much depends on the artist, since VNs require lot of art and I believe that artist are even more important than writers, in terms of “releasing stuff”. Of course a great writing can make the difference, but if there’s no art available, the game doesn’t get released 🙂

A way to do it could be to start producing many “episodes” in advance, so you would have “half-season” ready when you start releasing them to the public. I really think this could work, and I’m disappointed that I lack the means (financial, team, time) of trying this. However, not many people know that the game Farenheit, also known as Indigo Prophecy (I quote that often since I love it) originally was conceived as a series of episodes. Yes, exactly: they thought to use this method but even big companies like Quantic Dream had to give up to this idea (even if from what I remember, was because of publisher’s pressure). They had to cut off several chapters from the game, and make 1 big game instead of a series of games. Those were different times though, now that ESD and platforms like Xbox Live are more widespread I really think it could work well (selling downloadable packs with 1-2 chapters each for low amount).

Am I going to try this? Well, never say never, but at the moment I’m in a fun situation where I have 5 projects started, and I am stuck because I’m waiting for external people to finish their jobs on ALL of those 5 (yes, mostly are artists, in case you wondered!). Also, doing a VN or adventure game in 3d is different: once you have the models of the main characters for example, you can reuse them even if you make 10 games. Same for evironments and objects. I’m not saying it’s easier to do in 3d, but that once you build up a good collection of 3d models and you have a working engine, is surely faster to produce games in 3d than hand-drawn 2d (that’s not a big discovery).

Back to my own games, the final proofreading of all Spirited Heart texts is almost done, so I could release the beta-test version of the Deluxe version just before Christmas 🙂

Well, today got an email from Kim, the girl doing Heileen voice that assured me she will resume working on it once the finals at university are done. So I’m still confident about a late January / Mid-February release of the voice add-on for Heileen 2.

Then, the Flower Shop game is nearing completion, I’m programming the farm-sim minigame, which is turning out rather difficult (I want to make something decent to play). Deji, the game main artist, is drawing the final screens and they’re really beautiful, probably the best ones I’ve made for any of my games so far 🙂

The RPG game Planet Stronghold project is on hold for the moment, since the character artist disappeared, right when I needed some more characters to start building the main system of the game (doing missions, selecting the party, and so on). However the backgrounds are being done right now, and the sketches looks promising.

Lastly, I have a top-secret project going on for my Winter Wolves brand. Really topsecret since nobody knows about it (not even my most strict collaborators). It involves a VERY original art-style, which I think was never tried in a computer game before, and a interesting couple of… special detectives. I am trying to find the right artist for this, and I’m still experimenting with some prototypes etc to see if the result could be interesting.