First of all want to wish you Happy Easter! 🙂

Second, Always Remember Me is finally released on Steam, after a week of delay! Sorry about that.
Check it out here and spread the word: http://store.steampowered.com/app/291030

Seasons Of the Wolf update

As you know if you follow me in the social networks, my efforts now are all focused on finishing the first season of the RPG Seasons Of The Wolf. I’ve said it already but worth repeating: the first seasons doesn’t mean 1/4 of the game! The first is shorter than the others, even if now I’m adding several sidequests to make it longer. Also will feature only 3 characters, Althea, Shea and Vaelis, so no romance dialogues. But worry not, they’ll come later in the story. 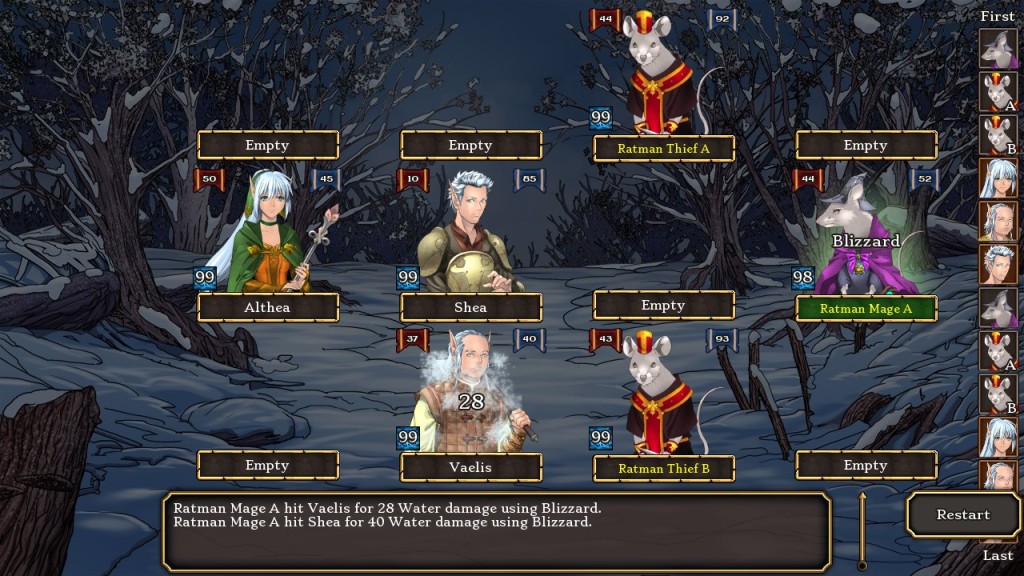 Don’t be fooled by their cute appearance, ratmen encounters are tough!

So far coded two sidequests. Some were written with the help of an additional writer, others, shorter ones I’ll write them myself. Of course, will proofread them too 😉

At same time I’ve done some last tweaks to the game framework/rules. I can still do a few tweaks until I go on in season two. So that’s why I plan to make an open beta and let people play the first season: if there are some MINOR changes that can be done (not rewrite all the skills for example!) that beta will be good to find them out. 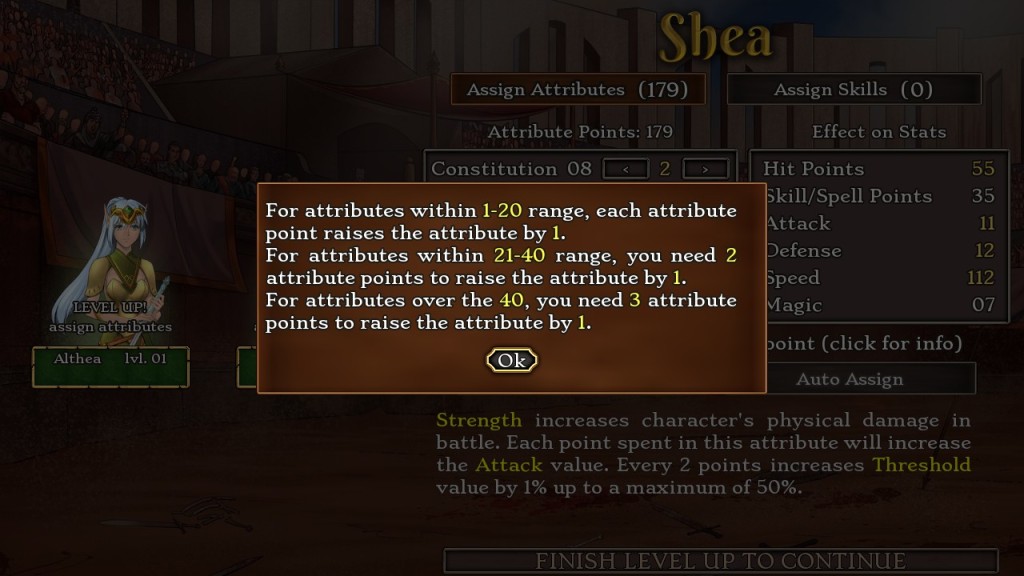 For example, I discovered that the attribute points allocation needed some tweaks. Before was 1 attribute point to increase each attribute. But I shortly realized that this way, if you put ALL of them in Constitution (which raises HP) at the end of the game you would get 750HP which is a “bit too much” 😀

Same issues happened with other attributes as well, so I used an “old trick”, increasing the cost of each attribute increase based on the level (as explained in the screenshot’s text above).

Going back to work now, because I’m still trying to finish the 1st Season by end of month, even if won’t be easy 😉

This entry was posted in development screenshot, general, indie life, roleplay games, Seasons Of The Wolf, Steam. Bookmark the permalink.