One of the biggest enemies of indie devs: the “feature creep”! 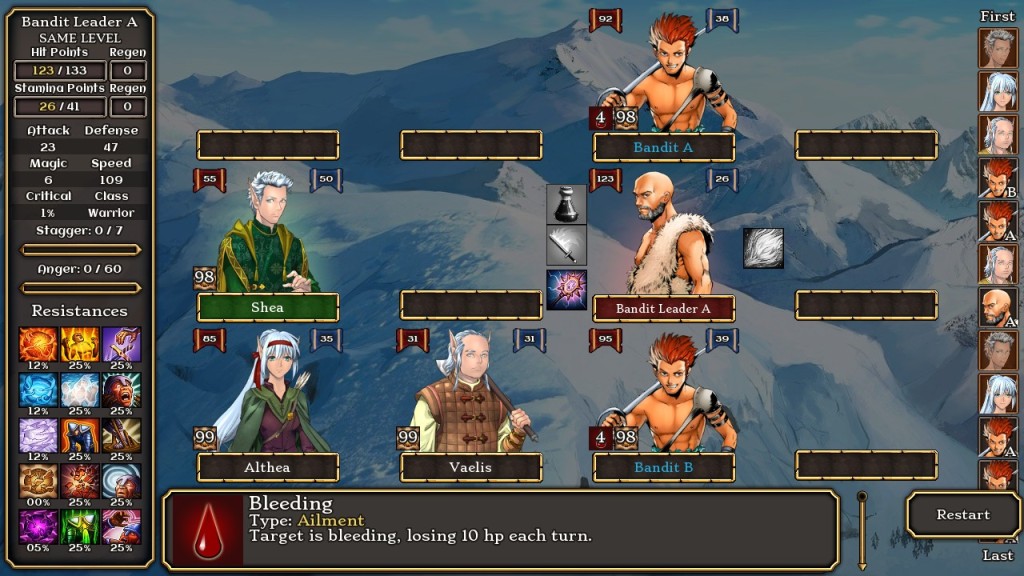 This shows starting conditions effect in a battle, useful to reproduce time-critical situations

If you look at the definition of “feature creep” on Wikipedia, you’ll read:

Feature creep, creeping featurism or featuritis is the ongoing expansion or addition of new features in a product, such as in computer software. Extra features go beyond the basic function of the product and so can result in over-complication rather than simple design.

Wise words! 😀 And indeed the screenshot above is very likely the last new feature I’ll add to SOTW. Don’t get me wrong, adding new features is good, and normally can make games better. But also, delay the game. Every new feature needs to be tested, both in functionality, and in balancing. In complex games like RPGs, often what started as a simple/innocent new feature can have repercussions later in the gameplay, screwing up the balance of the game, even HOURS later. So as you can see you need to be very careful 🙂

In the two past RPG I made so far, Planet Stronghold and Loren, had two very different approaches. In the first, I needed to get it done ASAP for money/time reasons, while for the second I could plan things more carefully. I’ve already compared the two games step by step in the past, but what I want to say here is that NOT NECESSARILY the game with more features is the most fun one. Sometimes, simplicity will lead to more accessible and fun games, reaching maybe a different target market, but not necessarily worse/smaller.

But I also TRIED to add some features, and then canceled/removed them because I realized that would take too much time to implement them correctly (like the skills with various levels of effectiveness) or that the mechanic wouldn’t be very clear to users (like the turn limit during battles).

In summary, even on this aspect of making a RPG (or any other complex game) you need to have a clear vision of what you want to do. A complex, detailed game? or a simple, very accessible game with a few rules? both ways can lead to a good game. What is worse is keep adding new features, without properly testing them, and as result building a worse game in the end.

One Response to One of the biggest enemies of indie devs: the “feature creep”!