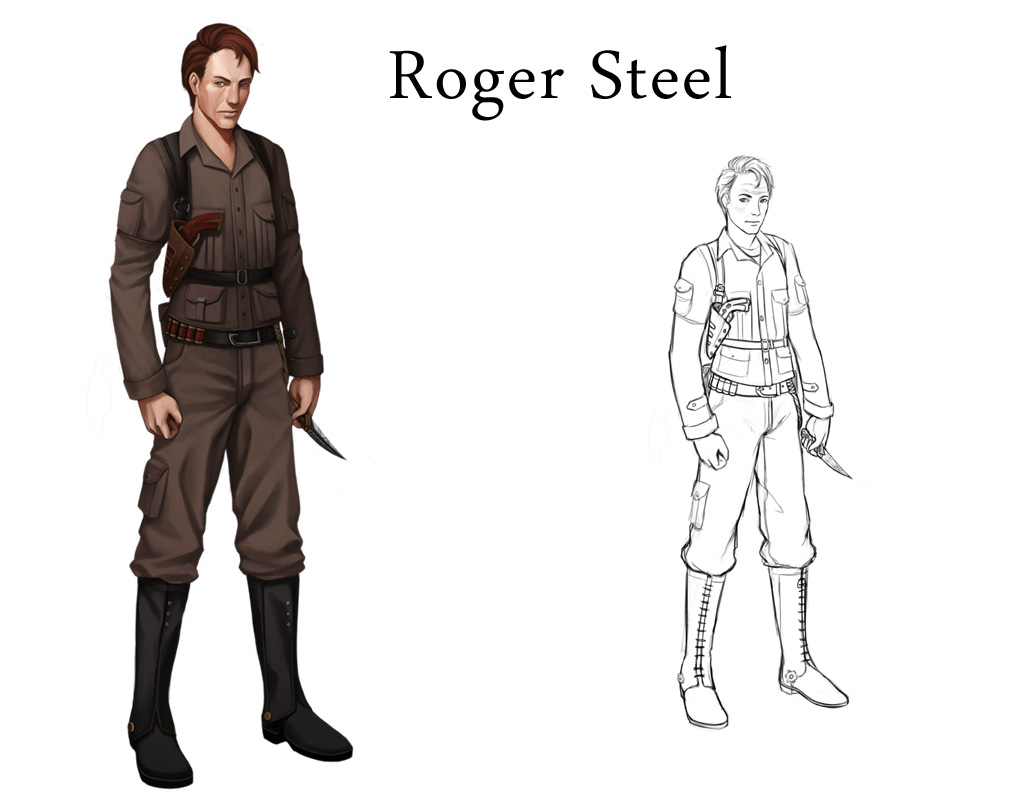 Taking a break from PSCD characters intro to introduce nonetheless than Roger Steel himself!!! 🙂

When Ann and Arthur are ambushed at a remote temple, the surviving sibling and their friends are rescued by a handsome stranger in the middle of a mission of his own. Little do they know it is Roger Steel himself, whose adventures real and ‘enhanced’ are broadcast across the British Empire as part of its 20th century quest to maintain global order and confidence in its rule in these troubled times.

In books and movies Steel’s adventures have been chronicled and mythologized so much it is hard to separate man from legend. But the real Roger Steel is very human indeed, and when in a rash act of kindness he intervenes that ill-fated day, his duty to a ruthless Empire and his human inclinations are set on a collision course.

But unbeknownst to him, in the corridors of power in London, his mission has already taken a darker turn. With the endgame in sight, as with all pawns, the day might soon come when it is easier to remove him permanently from the board than keep him in the game.

Update about Seasons Of The Wolf

If you follow the game development in my forums, you know the mess I managed to make last week 😀 In practice I wanted to use the new Ren’Py, then found out the saves weren’t compatible because of a variable, I changed it, meanwhile Ren’Py coder kindly had fixed that on the framework-side, but was too late. And I even managed to run the auto-updater stopping it in half, so I had a mixed version (part old, part new Ren’Py)!!

In short: a giant mess. I can load some savegames but other won’t work, and the safest thing is to start again the game from scratch… even if is normal during such early beta testing to lose access to old saves, every time it happens I’m angry at myself.

Luckily the testers are very supportive and accept it without drama. Well, almost 😉 I heard some started drinking after the 7th consecutive playthrough from scratch…

Jokes apart, I am still going on with the game. Admire a portrait of a Kraken below: 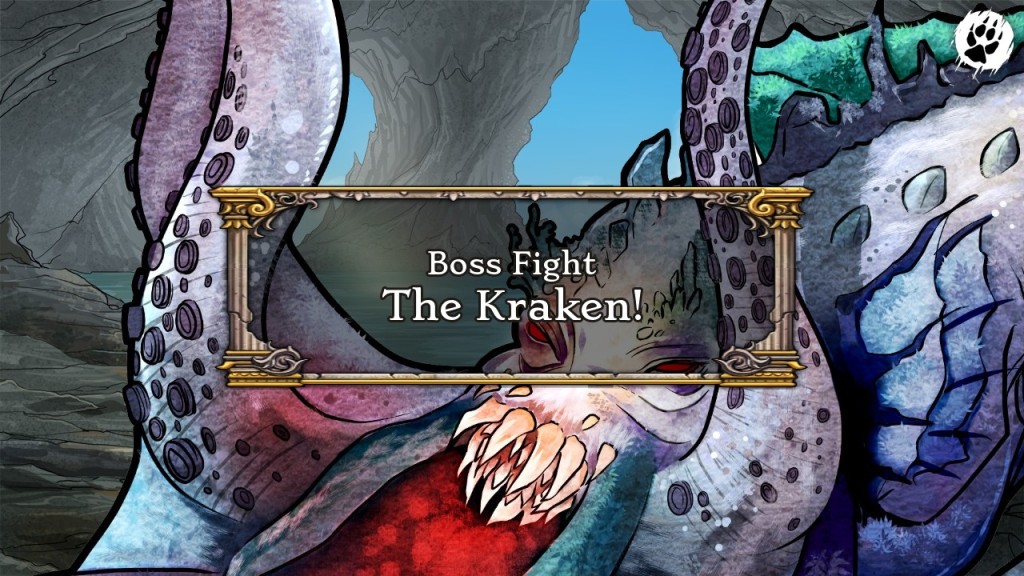 I am coding ACT4 right now, even if ACT3 is still not playable because I need the tileset (won’t go in more details to avoid spoilers for those who never played it). So as fun as it might seem, considering the tileset won’t be ready before 1-2 weeks at least, I might be done with ACT4 before ACT3! It’s not bad though, since means I’m not losing any time. 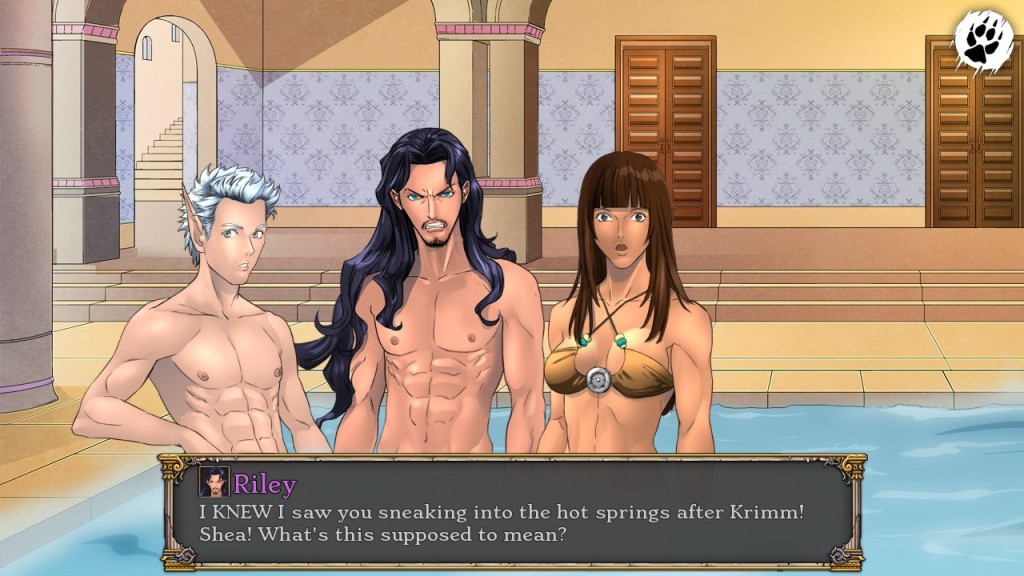 During act3 you can also do all the romance talks, including some funny jealousy scenes!

If all goes well the full game (still in beta though) could be done by end of month. But when was last time that “everything went as planned”? Hmm…I can’t remember 😀

This entry was posted in Roger Steel, roleplay games, Seasons Of The Wolf, sketches, sneak peek. Bookmark the permalink.