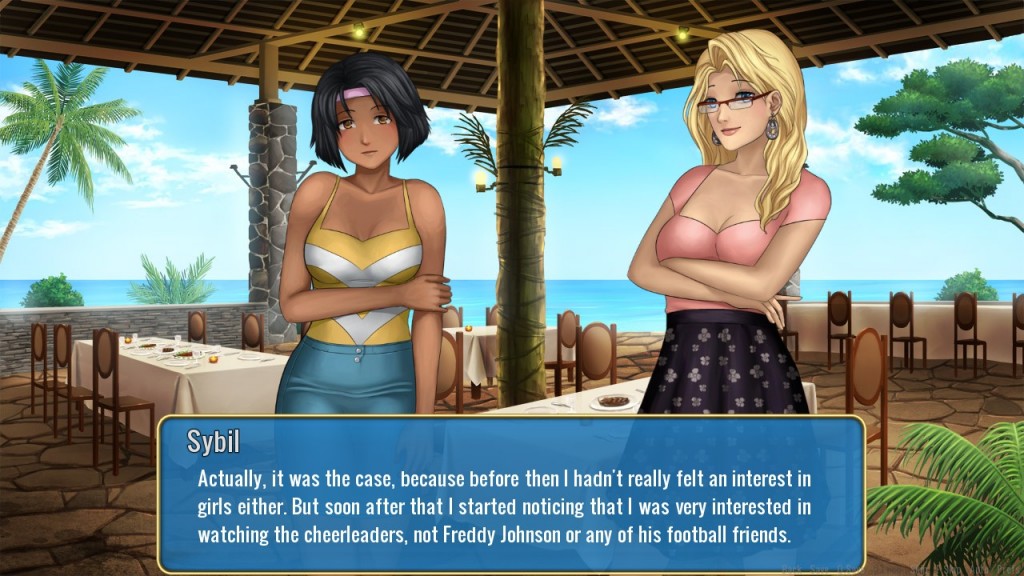 In the image above, Sybil talking about her homosexuality to Grace

July was a very bad month for me because of the heat. I think I’ve never worked so few since I went indie! However, for my collaborators it was a very good month. It was the month where I paid them most of any other months ever. I am broke now 😉

Jokes apart, it was good because means a lot of content was made. I have several projects at a very good point, lots of text written and some great artwork being drawn right now.

I’ve read the Amazons intro for Cursed Lands, and it was really cool to read the protagonist traveling to the Citadel to meet Karen and the young Loren’s trainer, Leena:

“The path to the Amazon domain is treacherous and narrow.  The Amazons know how to make a territory naturally hostile to invaders, I’ll certainly give them that.
The craggy rock path makes it easy to follow the narrow path without slipping, but I find myself constantly forced to adjust my balance along its uneven surface.
In the distance, I can see the fortress.  With its high walls and imposing towers, it appears intimidating, or at least as intimidating as a distant structure can.  At least I know I’ve found the right place.  There’s no way that this structure can be anything other than the Amazon citadel.”

The Tiberius otome route was finished, and I am very pleased by the writing so far. Each love interest (male or female) feels really unique and different from each other. 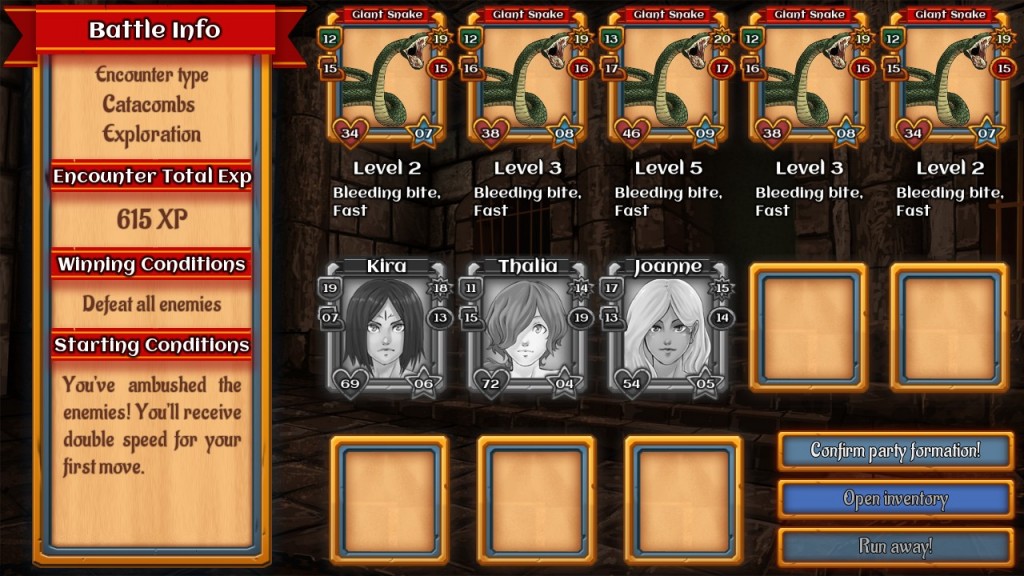 Coding-wise, I’m “still in the catacombs” 🙂 which means I’m still coding/designing the catacombs levels (level 5 out of 9). I hope to be finished with that by end of August, and then there will be the robbery missions.

As I said already on Twitter/forums, much depends on how things will go, if artist can finish the CGs scenes in time, etc. If everything goes smoothly, which would be VERY UNCOMMON, the beta of this game would be out before end of year for sure. If some things go badly (late artist, writer, somehow I can’t code well, etc) would still be early next year. So even in worse case the wait should be over. (I hope these won’ be the last famous words! lol)

I don’t talk much about this game, mostly because is still very behind. However, at least the story is making good progress now. The main plot is at chapter 2 (out of 4), but of course is only the first draft, and there are still all the side-quests missing.

We’re focusing on getting the main plot done first, and then adding later the various side quests and camp talk.

The art is done, but we could add some more CG scenes as the story gets written. We have already planned some, involving Loren and Myrth, and other characters 🙂 They’re not romance CG of course, but story/key moment CGs. Some are still sexy/cool/cute though!

Writer is finishing to put everything in Ren’Py format, it’s taking a while since the game turned out to be very big (over 200k words!). Meanwhile the artist is doing the cards art, which are turning out very good: 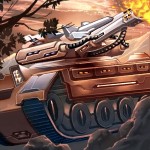 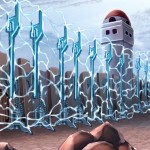 The biggest problem in this case is the coding, hopefully the coder can resume working on the card-framework next month, since that would speed-up the development a lot! Also I was planning to reuse the same framework for Undead Lily…

And what about Undead Lily?

If you follow me on Twitter you spotted the various art updates I’ve been posting. For those who missed them, no worries. Check the “group” pictures below of the good heroes (later changed to the “order heroes”): 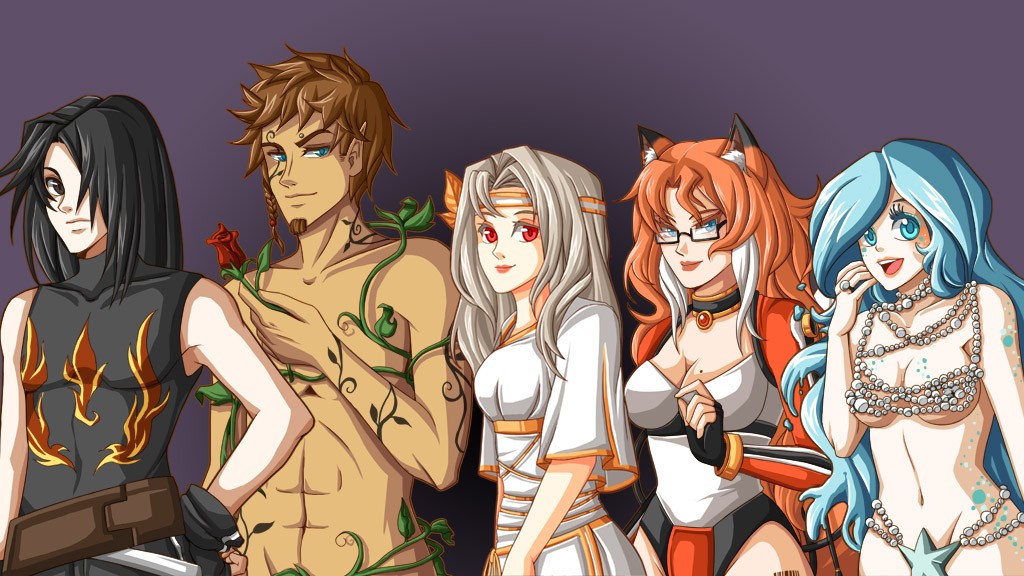 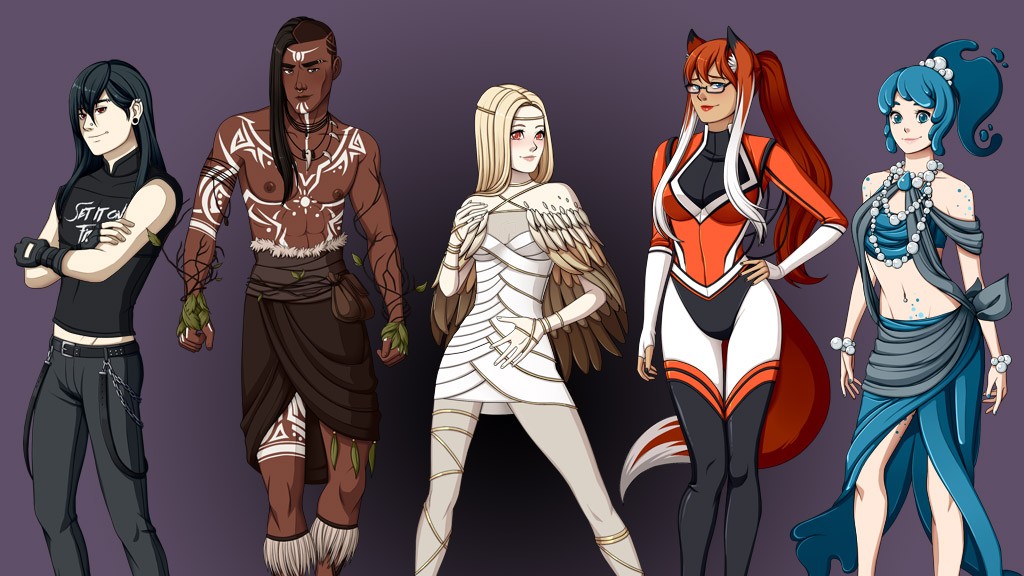 Beside the fact that old heroes were only waist-up, while the new version is fullbody, you can notice the BIG difference 🙂 The old ones were more fanservicey, but fear not since you can choose for each character what version to display. And the ending CGs will have an optional very hot version! You know when an artist can draw human anatomy so well, would be a pity to not take advantage of such skills… right? 😀

I had several more updates for Never Forget Me, Roger Steel, and more. I just talked about those games since they could be, in theory, the closest to be released next. Oh, also that yuri game that MUST NOT BE NOMINATED BECAUSE IT’S CURSED… you know what game it is! well, it’s at very good point too!

10 Responses to End Of July update