I made a sort of list of things left to do until we reach the beta, so people know better about what's going on behind the scenes:

)
- probably tweak a few skills and check better the vendors (they already work, but haven't seen yet if they need to sell more or less stuff, if the items price is OK, etc). Nothing major though!

WRITING
- Forsaken already wrote both otome/yuri paths. She coded already the yuri, so she needs to finish scripting the otome
- the final scenes (won't say more details because of spoilers!) of the story, plus the epilogues for the various romance combos and other main characters
- some other small writing (like how the sisters find out about the mother, etc). Nothing big though.

ART
- Add all the romances CGs once are done (yuri all done, otome are missing a few)
- Add a few more NPC or fix an issue with sprite height (long story short: the sisters were drawn fullbody, while other characters not, so it's hard to place the other NPC in the game since they look all too short

). I might be able to tweak this myself though, have to try it.
- Maybe add new CG for some final epilogues/scenes (optional)

So as you can see still quite a lot to do, though I think in the next couple of months if things go as this month, we could make good progresses!

OMG the Yuri done first! Woo!!! Why am I starting to feel the hype train? Ooooo I know discussion of the roadmap to beta woooo Soooooon QoT will be in my library!
Top

Wait, I will still release both versions at same time (after what happened with THE CURSED GAME... I don't want to do it again!). That won't cause any delays though, since I'm still finishing the coding, and the otome CG/scripting will probably be done before I finish my task!
Top

Lol all you need is another cursed game but with the highly popular otome version.....I can feel the burn of the perceived rage now o,0
Top

Today coded a good amount of the mercenary area, including a cool scene where randomized bosses show up (they have different name and sprites but if you do 50 mercenary missions, you'll probably encounter two with same name/appearance

but at least I tried to vary them a bit!).
I honestly think unless anything happens, I can be done with this part by the weekend.
Then my work is done, I'll need to code the final battles too but I'll do that once all the writing and CGs are finished, hopefully by end of this month (maybe writing will go over March/April though).
Top 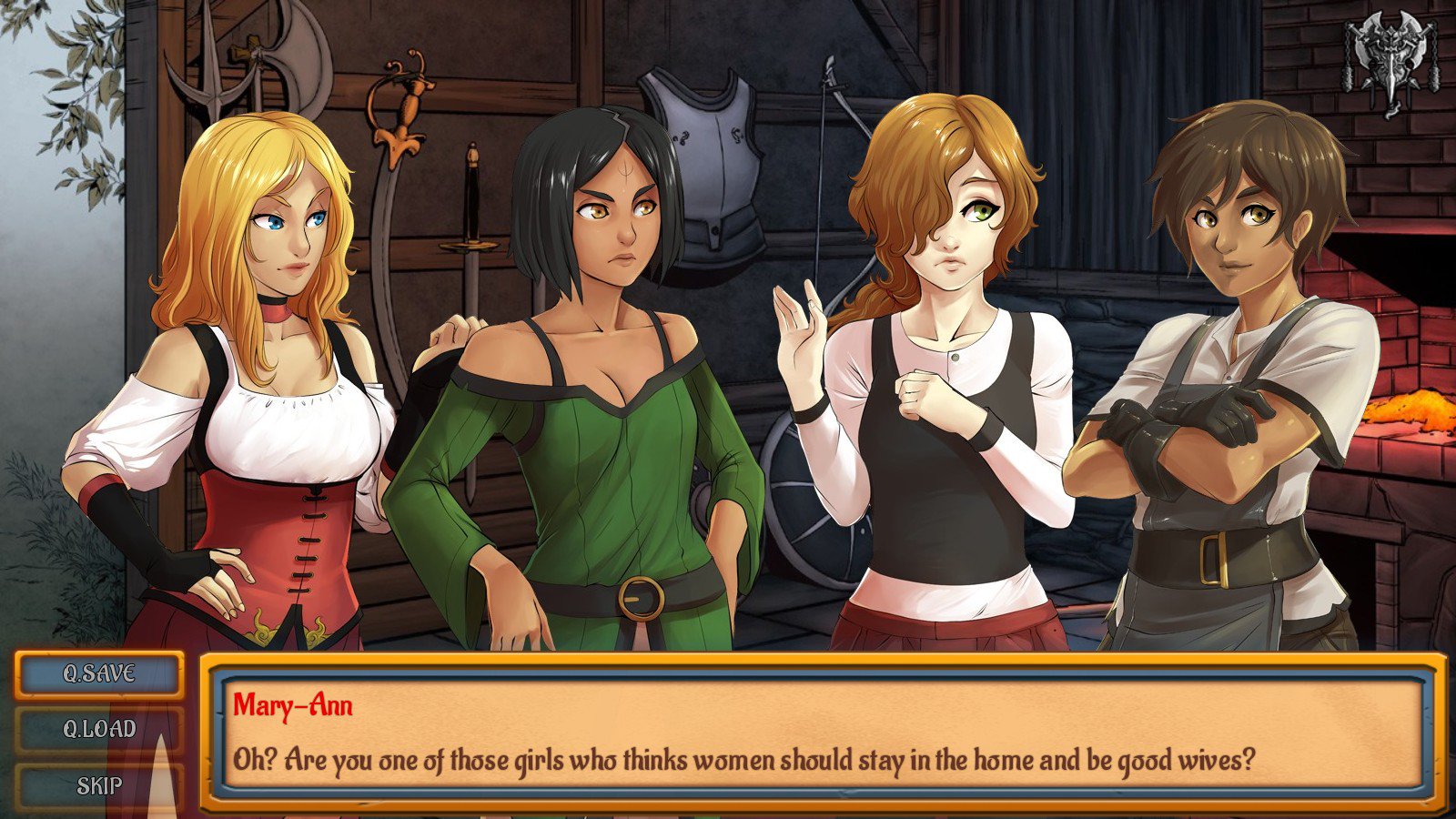 Shouldn't that be "stay at home"?
Top

Yes I thought so, will tell writer

edit: she said: "It's not a typo. What I wrote and what Franka suggested are both grammatically correct. It's just a matter of what people think reads best."
Top

Fair enough, I've just never seen it phrased like that. Looking forward to more though!
Top

Me neither, that's why I thought to ask her. Anyway, those dialogues are really hilarious. Just the three sisters talking to each other make this game fun

Return to “Queen Of Thieves”