Some little news:
- while there's still some time before the actual writing on this game starts (we want to do it "well", since people had to wait for so long!), we are considering using another artist to either redo the CG (keeping the existing ones as bonus), or add more character/CGs. Using the "old artist" is not possible (I even asked her a while ago, but basically said was too busy). By using another one we could have stuff like two CGs each romance, for the romance "variants" like in Amber, Roger Steel, etc (Dominant/submissive or other "dualism") which would be cool I think. FOR NOW THIS IS JUST AN IDEA THOUGH!
- I got Dennis started with some weapon icons

I don't want to go overboard, not like the randomized items of SOTW

however I want to have more variety this time. I think I'll still design each item individually since it's easier to balance. But anyway those are just ideas for now. An example of a new pistol icon:

OK that's all for now. I think maybe next year during Summer there could be more juicy news!

4 straight choices and only two gay/lesbian ones..not fun... but whats new, the first game only had one gay option resulted in a break up:P moving on...
Top

I know you may not like this, but this is still representative of the actual real life relationship breakdown. I doubt that more than 33% of relationships are gay/lesbian.
Top

...and yet, still better than the 0 choices in 99% of mainstream gaming. But hey, moving on is your decision to make.

As jack1974 mentioned we are considering getting another artist to do CGs. If we do that, I definitely want to increase the number of gay/lesbian romances, but everything is still up in the air.
Last edited by Miakoda on Tue Dec 13, 2016 2:54 pm, edited 1 time in total.
Top

In this case, the disparity is mainly due that this game originally started back in 2011 (shortly after I finished the first one). Back them was more unusual for me, all recent games have more or less same amount instead.

As Miakoda said we're considering what to do, though I definitely don't want to repeat the mistake I did with PSCD, adding too much content to the game.
Top 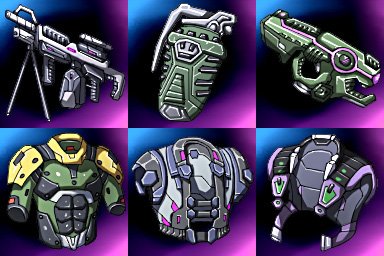 Items variety shouldn't be a problem of this game I think!
Top

Not sure if it's too late to ask about this, but w/ the sniper rifle(?) @ top-left and the pistol(?) @ top-right:
Any chance of the the stock (backmost part of a gun) being used for stealth missions or something like that?

The hook-like nature on each seems to me like it could be used to disarm/neutralize an enemy in a silent manner, as opposed to bringing enemies' attention to the wielder from the loud noise of a shot being fired.
#ChambarasArmy #ChalassasFreedomFighters
Top

Yes what you say is true, though it's too early and I'm not yet sure how the PS2 missions will work