Basically Yes means you'd like another style because you really can't stand the current style, while No means that the current art style is fine or in any case wouldn't be a problem or a reason for you to NOT buy it (because I know that you can always think about a better art style but it's not sure I can get it done

For personal reasons the original writer can't finish the game. We're already very late (the game was announced back in 2014...<coughs>) but I already found a good writer replacement, also it won't be rewritted from scratch but we plan to keep a good amount of the writing, over half story probably.

Anyway the point of this thread is to get feedback on the art. The artist is the same of Volleyball Heaven. I know some people don't like particularly this art style while others love it. But of course for us authors is always hard to know the exact proportions of those groups (like, the vocal minority issue and all that, a small amount of people making a lot of noise, etc).

In any case, while for that game (VBH) all art is done so obviously since I'm not crazy I'm not going to change it, for this game only the main characters were done, and not many outfits, and all the CGs are still to be done, so it would be possible to change it if needed.

So I'm doing this poll - I am waiting anyway for the story to be fully finished before making a final choice, but meanwhile I would like to get as much feedback as possible. You can find a lot of examples of the current art in the "art thread" in the forums: https://www.winterwolves.net/viewtopic.php?f=43&t=3526

If you really don't like the current style, which means you wouldn't even consider buying this game unless was changed (this is important), it would be also great to know what kind of style you'd like with some examples, in case I can find an artist with that style. Remember this game is more light-comedy, with humor, jokes. A bit like Nicole, Love Bites, etc so not too serious, even if we plan to offer some OPTIONAL adult stuff (that wasn't originally planned).

Of the people I usually work with, that can also do adult stuff (because many don't do it) I think could be available this one who did this test fantasy tribal character:

I think artwork similar to Love Bites, Nicole, or Always Remember Me would be good, too. As would the artist of the example fantasy tribal character you included. It's somehow less "comic bookey / cartooney" than the other three I mentioned.
Top

I really like this artist's female faces. Though, sometimes I feel the bodies feel a bit unrealistic(?) I don't feel the males are as well drawn as the females. But, I guess that's fine since this is a yuri game. If I remember correctly, wasn't this art style well received in the art poll you did.
Top

Yes but probably because I posted Jade

However personally I think also Shiori of this game is super-cute: 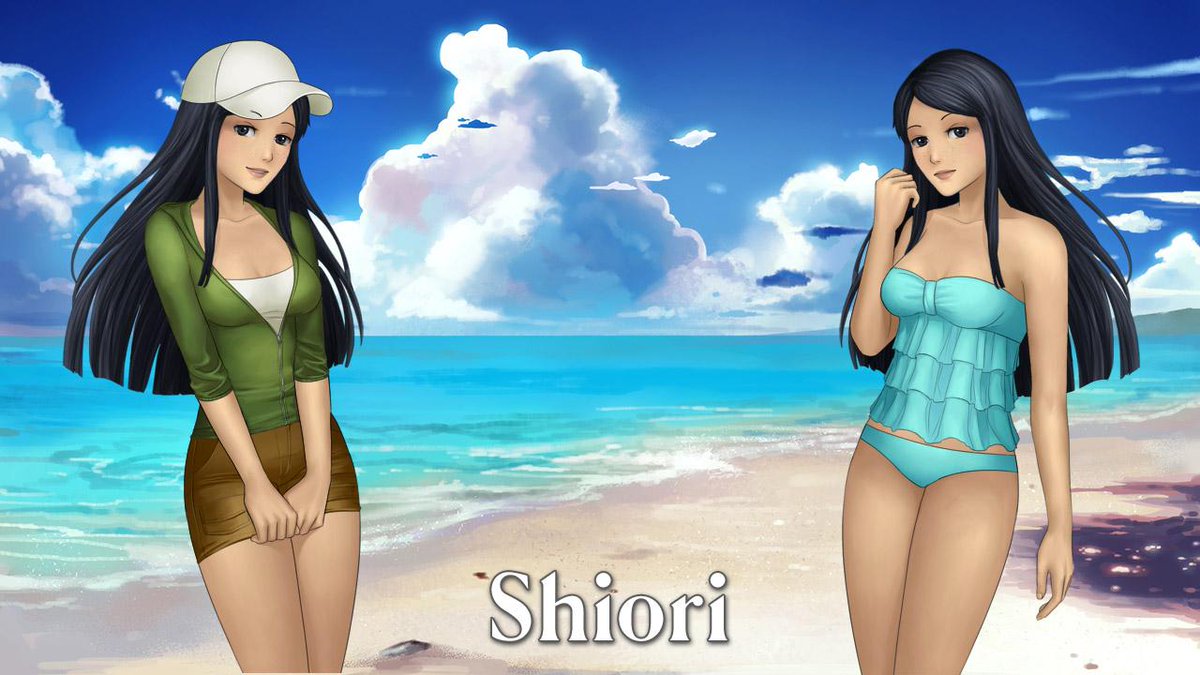 the bodies yes could use some more shading, but she "upgraded" the VBH sprites with more shadows indeed, so I could ask her to do the same even for those characters.
As I said I will decide only when I have the final script so I know more or less the total amount of art needed.
Top

I think Shiori is cute, but the way the arms and torso are angled relative to the neck and head, especially on the left version, it comes across a bit unnatural. If the artist has improved through her work on VH, maybe she can go back and tweak/update the models here.

But it looks like there's a roughly 50/50 split, so it's going to be hard to please everyone. And there's no guarantee that the replacement art will be liked better by all the people voting yes.

Well, even in other games like the super popular Roommates the art was in my opinion much worse than this, with wrong anatomy, etc

many times depends on tastes and so on. Of course if stays 50/50 I won't change, I might still use another artist for the CGs like I did with VBH because I think this artist has some problems with anatomy especially in more complex poses like the romance CG. Not many artists can do them right. Of those who worked for me basically Loren's artist, Rebecca (if you saw some Love Bites romance CG you know well what I mean, excellent anatomy skills!) and Helen who did PSCD manga and indeed VBH romance CG lineart (but she doesn't work anymore). It's not easy, for example even Deji who is super skilled has never drawn characters in more complex poses so I'm not sure if even her could do it. Drawing two characters kissing each other standing is easy

It's interesting you mention using a different artist for VBH's CG scenes because I just checked out the sketches in Patreon for those and came here to talk about them. I assumed they were done by the same artist as the "normal standing around" artwork. The VBH CG sketches are really wonderful and I thought some artistey thing happened between sketch and color/shading that it makes the "normal" and CG work seem like they're done by different artists. Well, they actually are

Yes haha. Also they're colored by even another person lol.
Anyway right now I'm thinking to keep this artist for characters and use the lineart+coloring combo I used in Amber pin-ups since that result was very good IMHO.
Top

While I don't think current art is bad or anything I do think it's below the art of most of your other recent games, that and the example you posted of art you consider changing it with is WAY better, so I voted yes. That said I don't really have a problem with this art at all.
Top

Return to “Summer In Trigue”