If you follow me on the various social networks you probably already saw the two videos below:

Scary stuff, eh? 😀 is one of the scenes of the mystery path of Nicole dating sim otome version, which should hopefully be out at end of month or beginning of October (there are some last minute things still to finish).

For those who don’t like scary stuff, you’ll be able to play the game with the mystery/scary stuff, or like a regular otome dating sim. Though so far based on the feedback people seems to enjoy that kind of things, at the point that I’m seriously considering doing a horror game in future!

Seasons Of The Wolf development continues. I finished the inventory screen and the skills screen too: 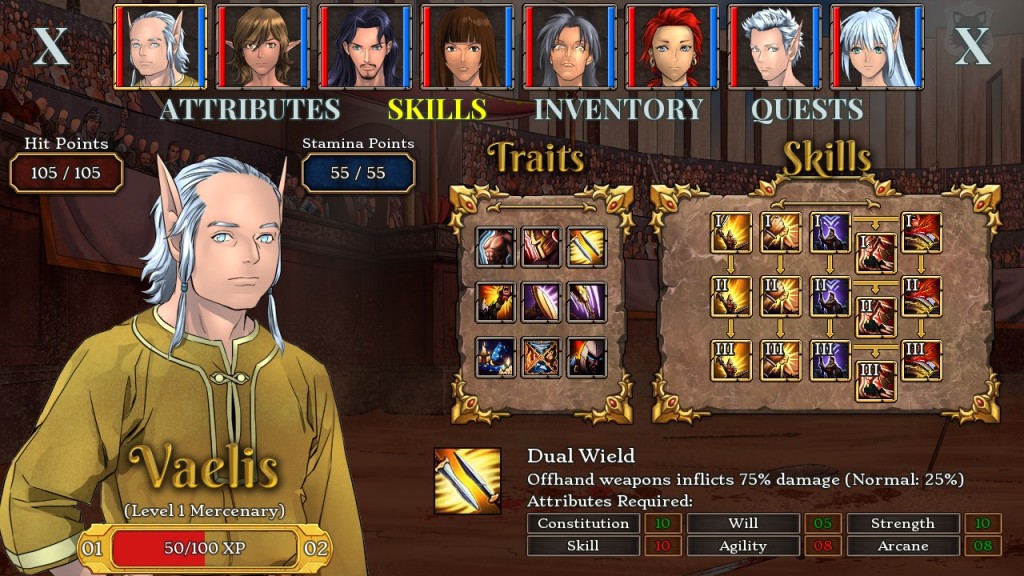 The new skills subscreen of SOTW

I am still pondering some changes to the skills, not to the system (I’ll use the same skilltree system as Loren) but maybe I’ll add more variety of skills since there are less characters in your party.

As for the Traits, they are permanent bonuses that you’ll unlock once you reach certain values in your character’s base attributes, which you see on the bottom of the screen. Obviously unlocking them all will be impossible so you’ll have to plan your strategy accordingly 😉

That’s all for now, I’m pretty busy so this was a short post. More news about the other games coming soon!