First of all, PSA: I released a collection of my older games (really old, some of them date back to 2004!!!) on itch.io and Steam for the low price of $4.99! The collection includes some of my early sports sims and the two Vera Blanc games. I only put the games I was 100% sure would work under Windows 10 (no Mac or Linux, sorry).

I decided to to it since some people asked for it, and besides at such low price I think could be a good value for money (especially Universal Boxing Manager or TV Station Manager).

We’re almost at the end of October, so time to look back at what happened this year so far and what to expect. As usual in this business, was a year of quick changes. As I wrote in previous blog post, for this year I won’t probably be able to finish any other game, even if I currently have 3 games at very good point: Cursed Lands, Volleyball Heaven and Love Bites.

If things go as planned, I will probably release Love Bites first. Half game is basically ready, so I could even try to do a pre-order/beta version with that relatively soon. I’m only waiting for the main trailer and some endings scenes: if I put the beta out with Sabrina and Viktor routes I’d like to have the ending CGs and the epilogues, so people experience the “full path” for each character at least.

For Volleyball Heaven, once the artist finishes the remaining CGs, everything else is pretty much ready, but scripting it will take a couple of months I think, also because (as usual lol) what originally started as 75k words max game became almost double that… 😀

Cursed Lands should be the last one to be released simply because, being a RPG with several innovations like the talent system and boss battles with dialogues/choices, it requires much more testing and coding than a simple dating sim. So even if I had all finished texts by end of year, I would probably need 3-4 months more to do the coding/testing/balancing.

A new way of working

Once I finish the 3 games above, with some exceptions for a few games already written/started but that I haven’t publicly announced yet, I am going to change how I work in future. In practice I’ll still be using a few selected external writers who have proven to be reliable and also skilled, but mostly I’ll be back writing the games myself and use editors only. I am already experimenting with this for Cursed Lands, adding some more camp talk scenes, and I think honestly the end result is good and progress are fast.

Fast, because I write them myself, and I always wrote things fast. And this doesn’t mean that what I write is set in stone, but I noticed that the writer while editing/reviewing the scene, often get ideas for more dialogues or even future scenes. It’s weird to explain but it’s a sort of brainstorming and exchange of ideas. I think this system works much better than an isolated writer writing on his/her own, no matter how good is.

Also after all those years, I know well what my players want, how much important is for them romance, relationships, sexy elements, jokes, etc.  And since I’d write the game as I’m coding it, the game story will feel much more integrated with the gameplay (a problem that some of my recent games like Amber or Queen Of Thieves had).

I believe that with a good editor/writer reviewing all the scenes, tweaking what I wrote, or even reworking/rewriting completely whole sentences, the ending result should also be of a decent level regarding grammar and writing quality! And most importantly with this system I shouldn’t have anymore delays of YEARS since I announced a game and its release. Yes, I know that’s a very common thing in the game development business, but honestly I don’t like it (and for sure my players don’t like it either). 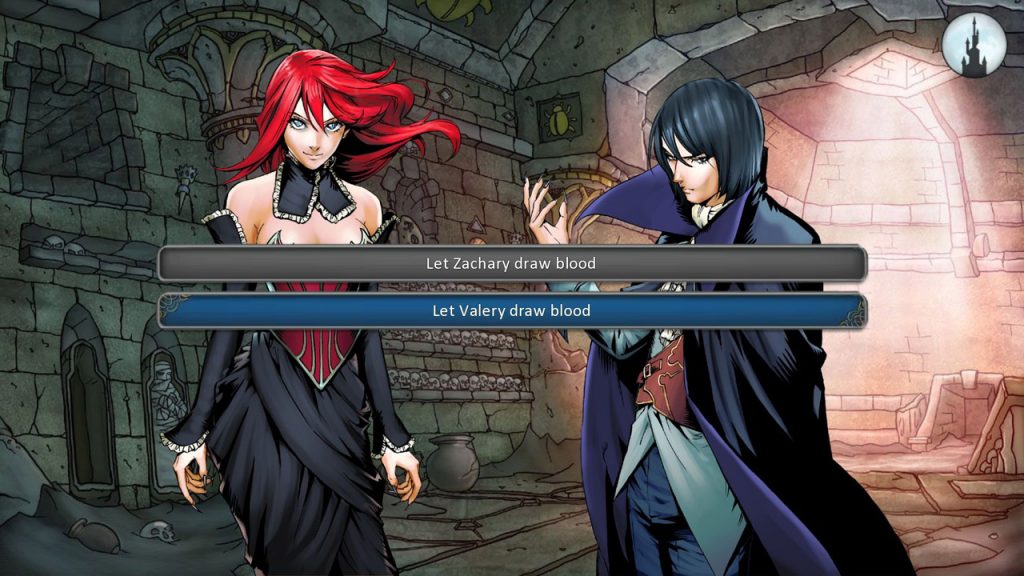