Today was supposed to announce the official release of Roommates, but since the video is not yet ready, and today was a very hectic day for me for personal reasons (I am writing this blog post at 8PM when I usually have it ready early in the morning!) I think today will just show you the FULL CAST OF C-14 DATING instead!! Woohooo!

Melissa is the protagonist, while the other are the romanceable boys. Click the thumbnails to see a bigger image. 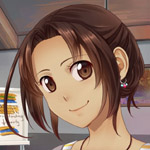 Occupation: 3rd year anthropology student
Languages: English, some Spanish
Not afraid to get her hands dirty, Melissa is an aspiring archaeologist who has signed up for a summer internship supervised by her professor. She’s an upbeat, friendly person who lives for the moment and enjoys new experiences. Although studying and theory may not be her strong points, she learns aptly through social interaction and getting involved. Loves dancing, meeting people, and asking questions. 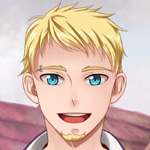 Occupation: Rugby player, 4th year English student
Languages: French, English
Social and cultured, Deandre knows what it’s like to stay in a foreign country and reaches out to Melissa. He may seem carefree most of the time, but he’s serious about his education and has a back-up plan in case his rugby career cuts short. Although generally cheerful, he can get easily frustrated when irritated or stuck. Loves to cook. 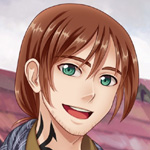 Occupation: Geologist
Languages: Dutch, French, English, a little German
Hendrik is the head geologist of Calen Cave, working under his uncle, Augustin Dupont. Rational and down-to-earth, Hendrik is very approachable and loves teaching the students participating in the excavation. He has an avid passion for his profession, often getting lost in his work. Loves good food and, of quartz, can’t help throwing in a geology pun or two. 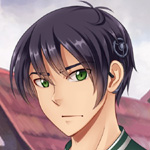 Occupation: 4th year anthropology student
Languages: French Belgian Sign Language, French, English
Kyler is a goal-driven and diligent person planning on a career in archaeology after he graduates. He tends to keep to himself, only speaking willingly when it’s about… archaeology. It’s hard to see underneath his aloof exterior since his stubbornness and judgmental attitude makes it difficult to connect to people. And what luck, he’ll be stuck digging next to the outgoing Melissa! 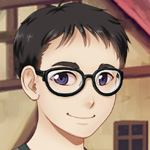 Occupation: 1st year university student, major undecided
Languages: French, English
Shoji is a quiet, timid individual who prefers to have his nose in an e-book, handheld, or sketchpad. Although reluctant to engage in conversation, he opens up when the topic involves video games. He’s extremely sensitive and empathetic to the people around him, and gets easily overwhelmed in social situations. Likes being helpful, but struggles with his lack of confidence.

There can be other minor characters, but those are the main ones 🙂

First of all I want to remind you that Roommates beta is still going. Most bugs have been fixed so if you wanted to wait to play it, now I really think you can. More info here: http://www.winterwolves.com/roommates.htm
(we’re adding happy endings for Dominic and Sally in the next days) 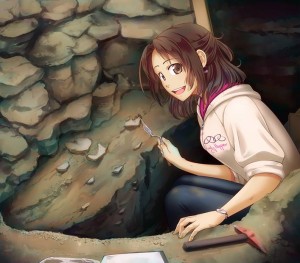 I’m proud to announce a new game! Here’s a presentation by KittyKatStar (the writer):

You play as Melissa Flores, a 3rd year anthropology student participating in a summer archaeological internship. The field school takes place in Belgium, over 5000 miles away from your native California! Okay, it’s a little bit out of your comfort zone, and the fact you’ll be staying in an unfamiliar country for two months can be nerve-racking, but you couldn’t pass up such a learning opportunity! You get to excavate at an authentic prehistoric site, which has uncovered Neanderthal remains in the past.

Maybe you’ll dig up some bones, or even unearth tools that were manufactured by early humans. And of course, you might forge friendships and find romance during your stay…”

The game is not finished obviously, but I waited to announce it until it was in a more advanced state (to avoid being called cruel because I announce games when they’re going to be released years later!). 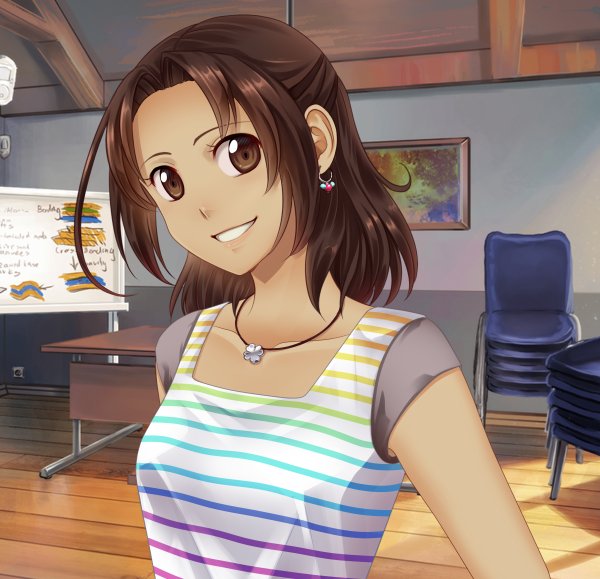 As you probably have noticed already, the character art is being drawn by the awesome Deji, a guarantee of quality!

In the coming week will do other posts introducing the various characters of the cast. Gameplay-wise will be similar to my other dating/life sim Always Remember Me or Nicole.

The game is otome, but there are plans to make a yuri version, even if not sooner than next year, since both the writer and artist will be busy with Spirited Heart 2 after this game is out 😉 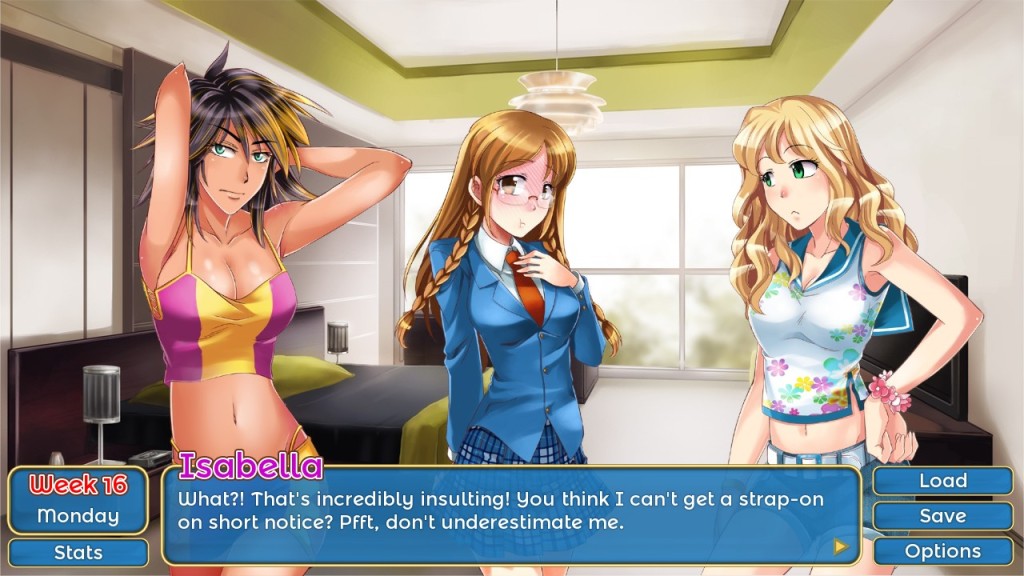 Wait, what!? What Isabella just said? this is craaaaaaazy!

Happy Valentines Day to everyone!

As you can see from the funny screenshot above, Isabella likes to joke. There are many other embarrassing/crazy/hilarious situations like that one thorough the game. Want to find out more? You can now preorder the game here:

And if you don’t mind a few bugs and are eager to play the game, you can participate to the beta testing currently going on in my forums: http://www.winterwolves.net/viewforum.php?f=34

To celebrate Valentine’s day, until Sunday (included) you can use the coupon VALENTINE in the shopping cart to get a 30% discount on all the games!

(This discount doesn’t include Roommates since it is just in beta!)

Sorry about that, but I didn’t have time to make a fully automated discount!

Once Roommates beta ends, I’ll focus on the RPG Seasons Of The Wolf which hopefully will be available on beta around April. Meanwhile, next week we will begin talking about a new game in the works that features awesome people like these: 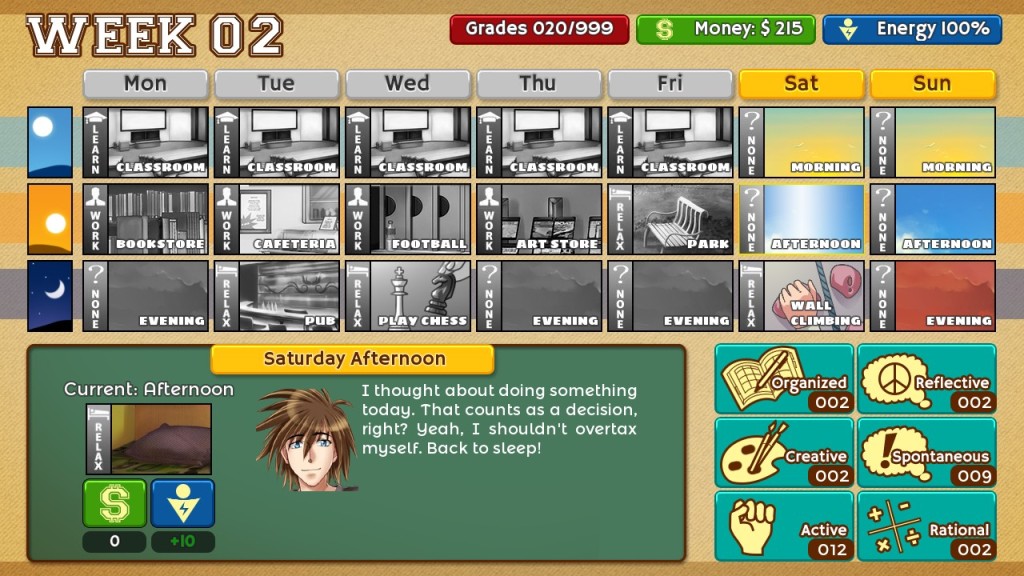 Max is showing an iron-logic here!

This weekend I had planned to start the Roommates beta testing… but as always, that bastard of Murphy had to remind me of his laws! I had a light flu since 5 days, but was slowly getting better up to last Tuesday when I was feeling almost normal. Then, Wednesday was a total fail 🙁 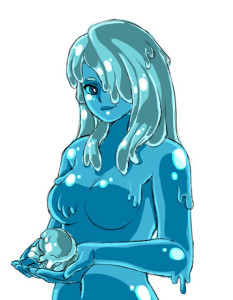 However, I could have fun with the Ooze girl! One of the many avatars of Undead Lily (work in progress)

Anyway, I’ve decided that as soon as I get the missing activity images, I’ll do a last minute check and then start the beta. Roommates is such a big game that I need to do a good / long public beta testing anyway, so don’t want to wait anymore.

While I can’t announce it now, stay tuned because I might start it in the next days! 😉

Meanwhile work on other games goes well. Soon will be able to announce a certain otome game about an archeologist, with some introductory posts by a guest blogger 🙂 and also, I got more help for coding SOTW, this way the game will be done faster!

One last news, I added the bonus content (wallpapers+OST) on Steam as well, so if you want you can get it here: