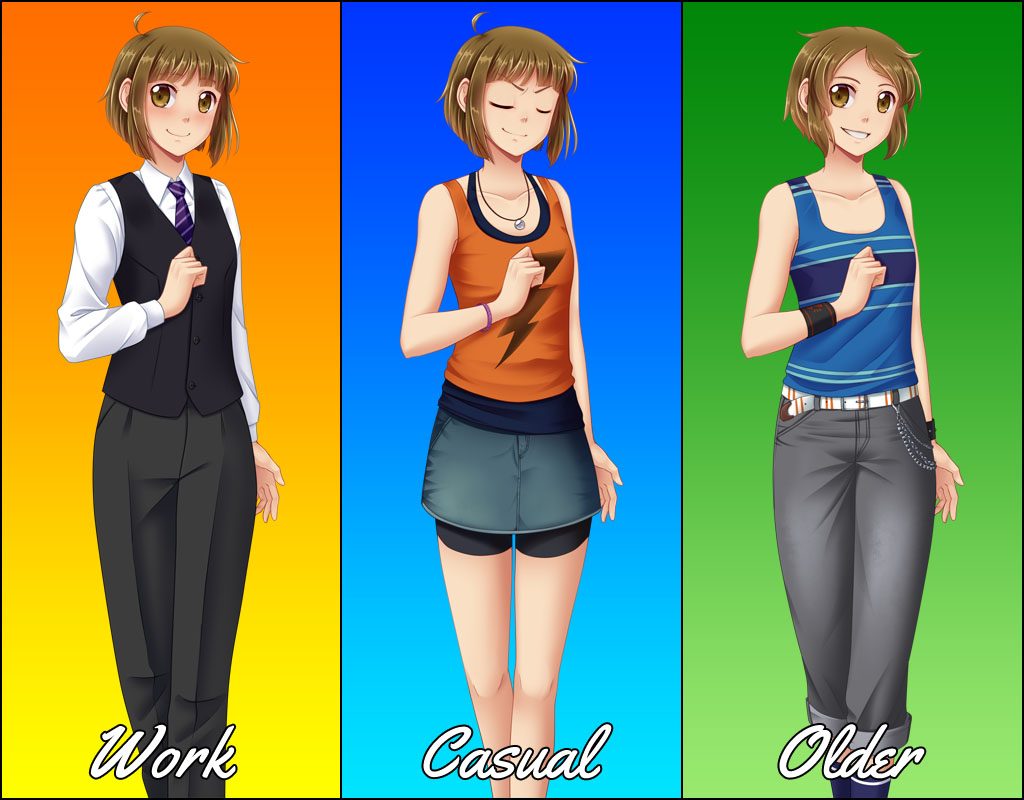 First of all, a short PSA: Cursed Lands new beta is live. It contains the full act2, a lot of content ! For more info see my forums: http://www.winterwolves.net/viewtopic.php?f=45&t=4083

And now let’s talk about today’s announcement. Or better, re-announcement, since it’s a game originally ideated by Jill Harris, who gave voice to Myrth in Loren and helped me write Never Forget Me. A while ago she approached me asking my help to finish the game, so I accepted.

I accepted also because beside the cute story, Deji was doing the art for the game and she said she would gladly finish what she started time ago. It’s a “smaller game” compared to my crazy standards and to be honest will be a good distraction while I finish some huge games like Cursed Lands (which now broke the 275,000 words barrier already!).

Of course since the story was already largely written, I didn’t want to change anything. This means you won’t see any of the things I promised I’d do in future games (optional adult content, male/female protagonist, etc). I only wanted to clarify before someone complains 😉

The game reminds me closely the Fairbrook series, romance and friendship above everything. You play as June, and there are two otome routes, one yuri, and… not sure how to call it, maybe “father friendship route”? A path in which you make peace with your father, with which you have a shaky relationship.

In the next blog posts I’ll introduce (as usual) the various characters of the game. There isn’t a fixed release date yet, however the writing is basically all done (maybe some more events for the scheduler but nothing big) and the art is at good point too. This is one of the various “surprise projects” I mentioned in a previous blog post, stuff that was going on behind the scenes since long time (I was involved in this project starting from Summer 2016 but the game was in development since longer).

I’m sure some people will rejoice seeing a more cute/friendship-focused game, but for the others who like more sexy stuff, don’t worry, all the other games in production have that option!