The video below shows a battle of Elimination, a wargame I worked with together with my friend Patrice at www.phelios.com

I’ve been doing the gamedesign and the map design, and it was a great fun doing it, alongside my other projects. The game is in beta right now and should be out someday next month. Stay tuned for more info and previews!

I’m very proud to announce that finally Bionic Heart is ready! You can click the images above to get directly to the game download page. It was a long journey to add all the voices but I’m sure that you’ll agree with me that adds a lot to the game’s atmosphere. I’m also very pleased about how the game turned out, since it has many plot twists, and a really dynamic structure. The 24 endings you’ll have to unlock are quite different from each other, and they vary from dark, oppressive endings to the classic “happy endings”, to the more “what will happen next” ones (which are my favourites).

In particular, one of the endings I consider it to be the “true” one. I won’t say which one it is, but relates to a planet very close to Earth…

The four cute ladies you see below are the main female characters of my upcoming game The Flower Shop.

From left to right: Jill, the main character current girlfriend, Susana the flower shop girl, Clara the neighbour’s daughter and Marian who runs the local library. Of course there are also other characters in the game, but I wanted to show those 4 since are ready 🙂 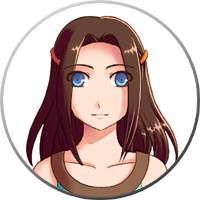 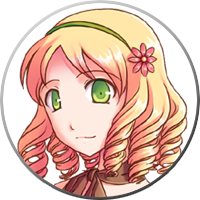 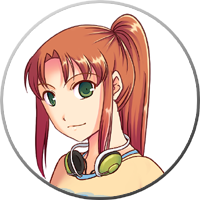 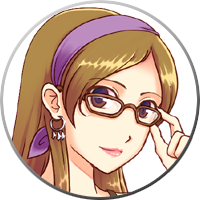 It has been a busy week!  I organized and worked on all my currently active projects, and they’re many!  The summary is:

Bionic Heart – Today got some new voices for Bionic Heart, so we’re almost finished with it. I’m really looking forward to this release! I already sent out the beta demo out to some people and so far got very positive responses.

Planet Stronghold – I asked Deji if was possible to do some digital coloring of some old sketches another artist sent me. He is talented but he doesn’t have any digital tablet so isn’t able to do digital stuff…! I also found a character artist, she does an interesting realistic/soft-shading manga art, I think would work well in a space game.

Tower Of Destiny – Just got the new build of engine from the programmer. With it I should have enough to start creating the game maps. I’m going to add a graveyard to that town map I already posted before. Once it’s done I’m going to post another video on youtube 🙂

Heileen 2 – I’ve just commissioned new art. The game will feature some really nice art, and some small nudity too. If I have to label a game under 14 for the content, then it better be not just for the texts/description! Everything will still be of course very raffinate and soft like in the first episode. Will post more screenshots, and when the voiceover by sakebento is ready a short video maybe.

The Flower Shop – I got Marian sprite, and is really cute. I want to post shortly a sort of summary with all the characters in the game, like I did for Heileen and Bionic Heart (“The Cast”). Deji drew some really cute girls, hard to pick one…! 🙂

and there’s still another mysterious card game I’m working at which made great progresses recently too! I’m going to officially announce it when I have made a video or taken some screenshots.

I’ve realized that while I announced the game on lemmasoft (a forum for visual novel fans) I never announced that I started working on it in my own blog 🙂 shame on me.

I don’t want to spoil too much the game plot, but will be based on a set of tarot cards that Heileen finds in the island where she shipwrecked together with… other people 😉 She will be able to use those tarot cards to dream and revisit some special moments of her past. At moment of writing I plan to have 7 episode for each card. Since each card represent the capital sin / virtue, it means 7 x 7 = 49 “ministories”. In the background though there will be the main plot of the characters and their journey to try to leave the island, and the result of each dream will interact with the real world in a fun and cool way 🙂 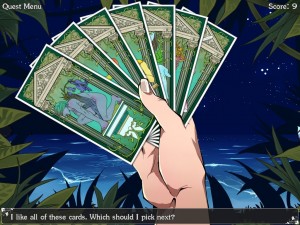