I’m having lot of fun in adding LOTs of endings to my upcoming game Bionic Heart.

There will be a “Gallery Mode” that you can quickly access from the game main menu: from there you’ll be able to replay all the endings you finished! So far as you can see I have made 9 endings but there will be many more. This I think will add lot of replay value to this title, differently from all other visual novels/adventure games I’ve done and played in the past.
Some endings will be easy to get, other will be very hard, and I expect many walk-throughs and tutorials to spread around the net once this game is released. Some endings will contain really “strong” texts (not images though) so I definitely will label this game for 14 year and up! 😉

Honestly, I can’t wait to release this game to see what the public thinks of it.

I’m really proud to have finally released this game!!! If I think it was already 99% done at the end of february, but had to delay it by 2 months because of translation problems… 😐

Anyway, it’s finished now. Go download it at this page. 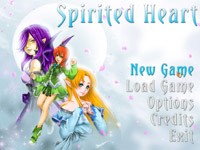 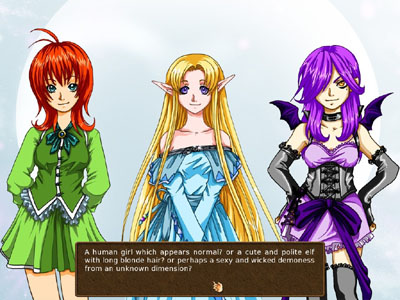 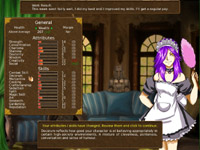 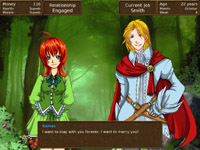 Was fun to work in a sort of mix between a dating sim and a RPG/Life simulation. In my original idea I had planned also to have fights inside an arena, but had to leave that part otherwise the game would have been delayed even more. Anyway, as often happens with my RPG/Simulation game I’ll probably release some updates in the upcoming months so I could even add that option in future… 🙂

So it looks like is a two out of two. Both my games Summer Session and Heileen were featured on gamasutra by Emily Short (originally part of her ‘Homer in Silicon’ column at sister site GameSetWatch):

Heileen & The Art Of Game Storytelling

Obviously I’m quite proud of that, even if the article about Heileen doesn’t really speak too much well of the game (but in a constructive way in any case). I really love telling stories, but of course my biggest barrier is the language. Anyway, I’d be also happy just to outline the main plot and have other native english writer do the rest, like if I was a director 🙂

I’ll be surely doing an Heileen 2, even if don’t really know when, probably next year. I’m about to release Spirited Heart at last, after 2 months of crazy delay for translation problems (a lesson to learn…). So I’m a bit late on my planned 4 releases this year: however luckily Ewan Grantham (the writer/programmer behind College Romance) is doing right now the first chapter of a space trilogy that I’ll publish this year, which sounds very interesting and will keep the number of games released higher (even if they aren’t written directly by me).

Right now my plan is:

but of course I know already that this schedule will be messed up completely in the upcoming months, so let’s say that I’d be happy to release at least 3 more games this year 🙂

This weekend I released the visual novel College Romance: Rise Of The Little Brother. The game was developed by Ewan Grantham, and follows the romantic adventures of a teenager that just entered the college.

Initially there should have been 2 more characters (girls to meet), but we had some problems with the artist which had a really busy month, so we decided to release a sort of “light version” at lower price and then in few months release a Deluxe version.

The cool thing is that this way we’ll be able to gather the feedback of the users about the first release, and add new features to the deluxe version. So far the major requests are about a more expanded dating sim structure like the one present in my other game Summer Session, and in general to have more choices during the game.

This way the game wouldn’t be anymore a real Visual Novel (which usually have much less choices) but well, we should do what the public wants after all 😉

To download the demo please visit the game page.