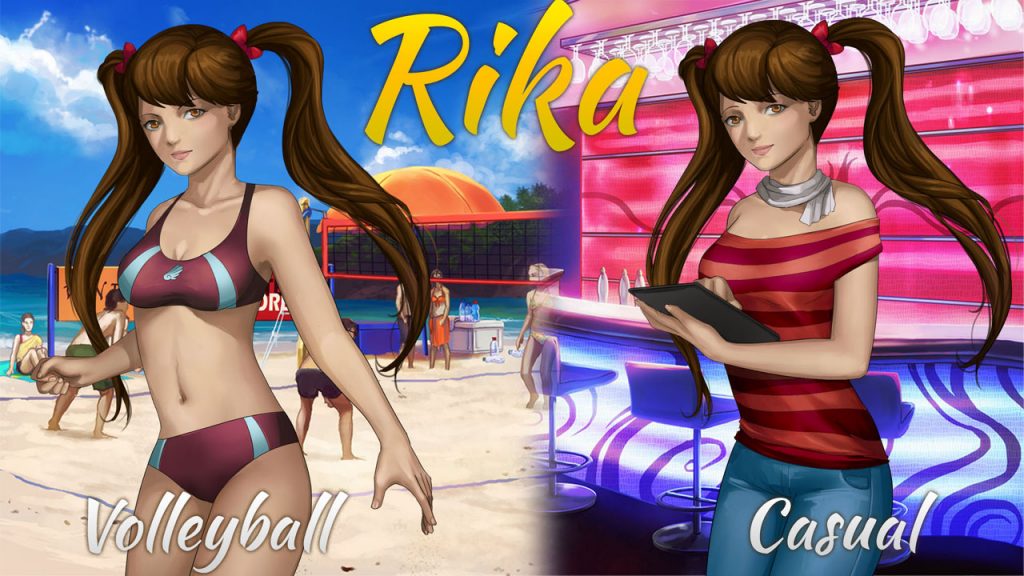 I must say that I have a weak spot for asian girls 😉 Probably I’m not the only one! Anyways, she has a cool look and hair style, and an interesting backstory… read below the writer’s official intro.

From a young age, American-born Rika felt a tension between her traditionally minded Japanese immigrant parents and the freewheeling culture in which she grew up immersed. When she was 12, amid rising familial tensions, her father finally returned to Japan, leaving Rika and her mother – who was already having an affair with the man who would become her stepfather – to continue life in Asgard.

Perhaps because of her experiences, Rika has always been interested in the complex relationships between appearances and reality, truth and lies. From a young age, with a precocious appreciation for such films as His Girl Friday, Ace in the Hole, and All the President’s Men, she set her heart on being an investigative journalist. When she entered the Journalism program at Asgard College she considered it a stroke of luck that among her fellow students were Jade and Zoe Markson who, rich and privileged as they are, would surely have a few skeletons just waiting to tumble out of their closets.

Now, a year later, as an unsuspecting Kayla enters their orbit, she is wondering whether it was a curse wrought to trap her personally. After unearthing information which she believed would lead to the scoop of a lifetime, naivety, poor judgment, and carelessness has turned her dream to lawyer-infested nightmare. Not only has she made enemies of the Markson cousins, but even the College administration has put her on notice that she might be expelled should she put another foot wrong.

Outwardly calm, friendly, and diligent, inside Rika finds herself constantly tense and on edge, not helped by her tendency towards social anxiety which she has always struggled with. When Kayla joins the Asgard Valkyrie’s, Rika dares to hope that fate has given her a chance of redemption, but first she has to use all her guile to determine where the new girl’s loyalties and ambitions really lie. 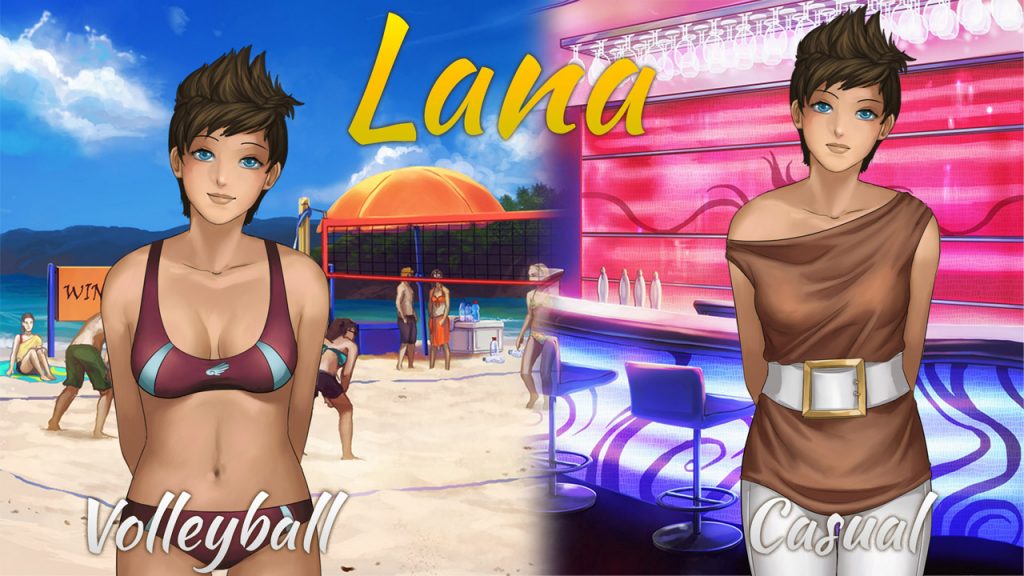 Do you like short hairstyle in women? I must say I like it, and it fits Lana’s character well. But enough talking, let’s introduce this new character/love interest for Volleyball Heaven!

Lana and Kayla have been friends since they met as five-year-olds on their first day of school. While Kayla grew up on her family’s farm, Lana lived with her dysfunctional family in the county town of Coleville. However, thanks to Kayla’s mother, who took her out to the farm as often as possible, Lana and Kayla spent most of their childhood playing together and forming the strong bonds that would unite them again in Asgard.

As Kayla’s interests changed from playing pioneer explorers in the woodlands surrounding the farm, to reading everything she could in the school and county libraries, to resurrecting old cars liberated from their decades’ old rest in neighbouring barns, Lana was always there, learning from (or more often latterly, enduring) her friend’s offbeat interests, hobbies, and occasional wild escapades.

Finally, her home-life disintegrating and feeling that she would never achieve her dreams of fame and fortune if she didn’t escape Cole County, Lana semi-reluctantly left Kayla behind to pursue her dreams in Asgard.

Once Kayla arrives in Asgard, she quickly realizes Lana is no longer the carefree girl she remembers and, perhaps, idealized. Lana has joined the Valkyries because being in the proximity of money, power, and fame – epitomized in her mind by Jade and Zoe – is the next best thing to having them herself. But being impulsive, headstrong and determined to leave her impoverished upbringing behind forever, Lana has made some unwise choices, the consequences of which will strain the friends’ loyalty to each other and to the other Asgard Valkyries.

Only time – and Kayla’s fateful choices – will reveal whether the two can repair their friendship or doom it and the future of the team forever.