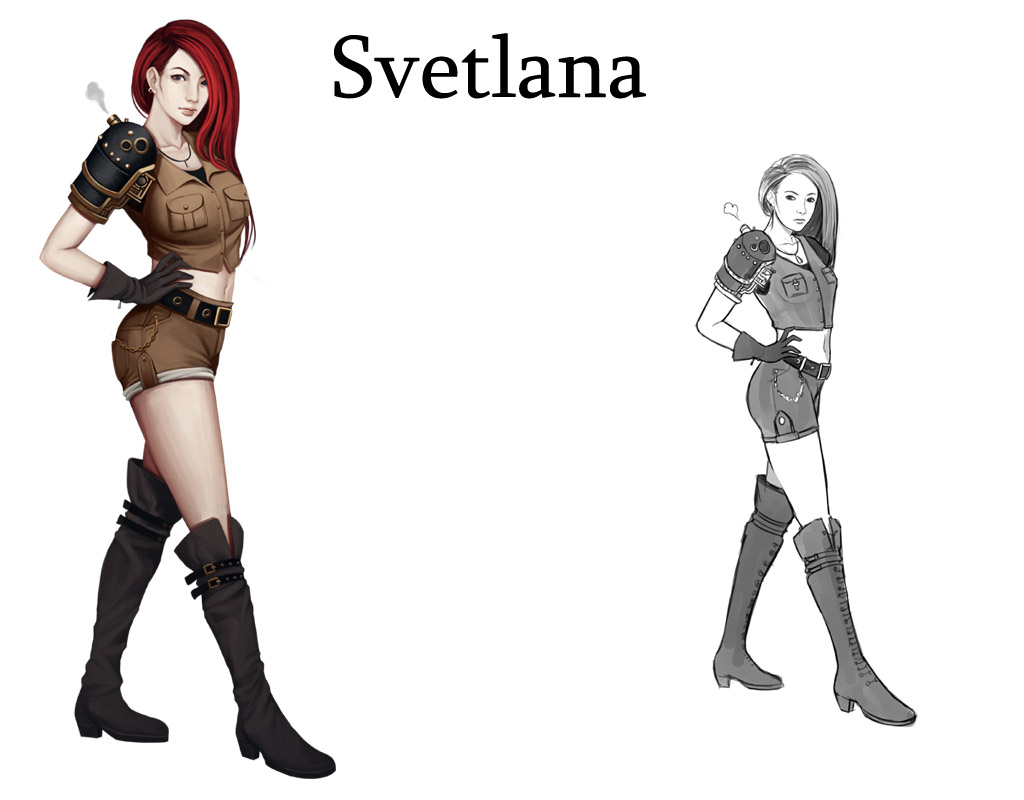 Time for a new member of Roger Steel world, Svetlana! There are also males obviously but we’re going with the images the artist has finished first 🙂

Svetlana – From Russia with Mystery

Roger Steel and the Human Element plays against a background of seismic shifts in technological achievement and the fetid swamp of geopolitics. Taking advantage of the former whilst trying to avoid the perils of the latter is a hazardous undertaking in itself. In the game, as in real life, the Russian and British empires have long had a turbulent relationship. Although many on both sides admired the culture and achievements of their rivals, there is no doubt that those in power will stop at nothing to advance their interests, especially in the wake of the great cataclysm of 1837 that sent the future careening in a new direction.

When Ann or Arthur embark on their great adventure, rescuing their sibling from the clutches of a formidable foe, they can rely only on their steadfast friends, Christina and Neville for help. However, they soon find an unexpected ally in Roger Steel who believes that the kidnappers might be connected with a case he has been pursuing for several years. But it isn’t long before more enigmatic strangers appear on the scene. Are they drawn to Steel himself? Or the mystery he is investigating?

One of them is the flame-haired Russian agent, Svetlana Ruskaya. Self-confident, mocking, and unfathomable, Svetlana is not one to fade into the background. When Ann or Arthur first meet her, it is apparent that she and Roger Steel know each other, but the exact nature of their relationship is unknown even to Steel himself.

Implacable enemy; invaluable friend, or much more – it is up to you to define the relationship that Ann or Arthur builds with Svetlana. Whether she reveals her past; how she came to join them on their adventure; and what it is exactly that she wants… it all depends on you.

Last but not least, the otome version of Nicole is now out on Steam! Like always if you purchased the game directly from me just head to this site:

to redeem your key 🙂 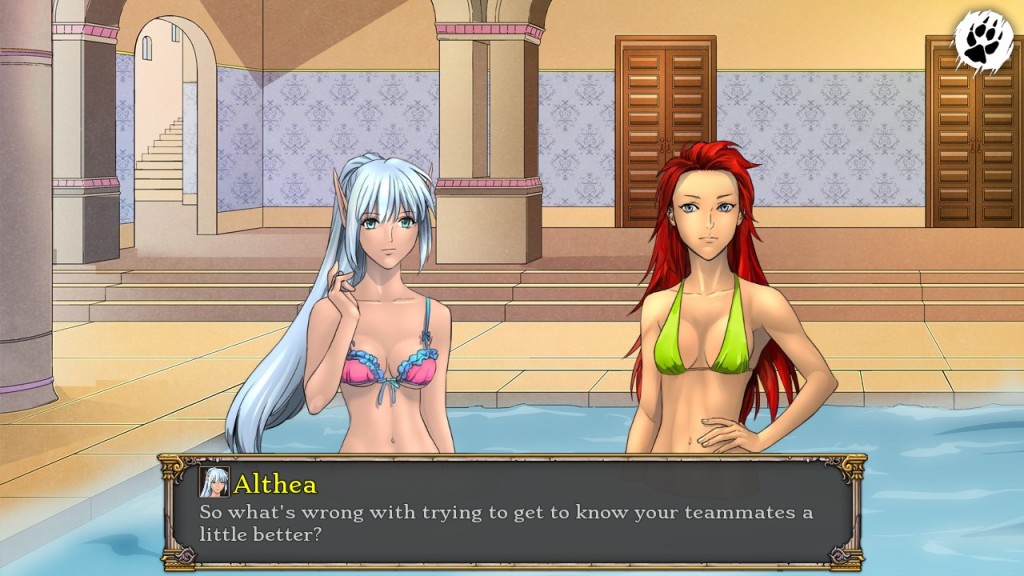 A dialogue in the infamous “bathhouse scene” between Althea and Chalassa, the yuri romance

Two big news this week, though as always if you follow me on the social networks you likely already know about them 🙂

Seasons Of The Wolf beta

First of all ToA: Seasons Of The Wolf ACT 2 is now ready to play/test. I can’t provide a direct link to the download since changes continuously (because of the updates!) but you can always find the latest news/link in my forums here:
http://winterwolves.net/viewforum.php?f=40

It was released the 12th July, so even early than my own set deadline of mid-July! During this week I’ve fixed and improved the game greatly, even if now I’m taking a break and I don’t plan to add any new features, because this game, gameplay wise, is already a HUGE LEAP FORWARD compared to Loren’s system 😉

I plan to resume working on ACT3 towards the end of month though, to have it ready for end of August or September. The final game very likely will be done around October/November (just a guess estimate though!).

The second news is that Heileen 3 is now available on Steam too. Like for Spirited Heart is the “complete version” so both male/female romances.

Previous customers that bought both versions can get a Steam key here as usual:
http://bestanimegames.com/steam/

That’s all for now, stay tuned for more news next week! 🙂 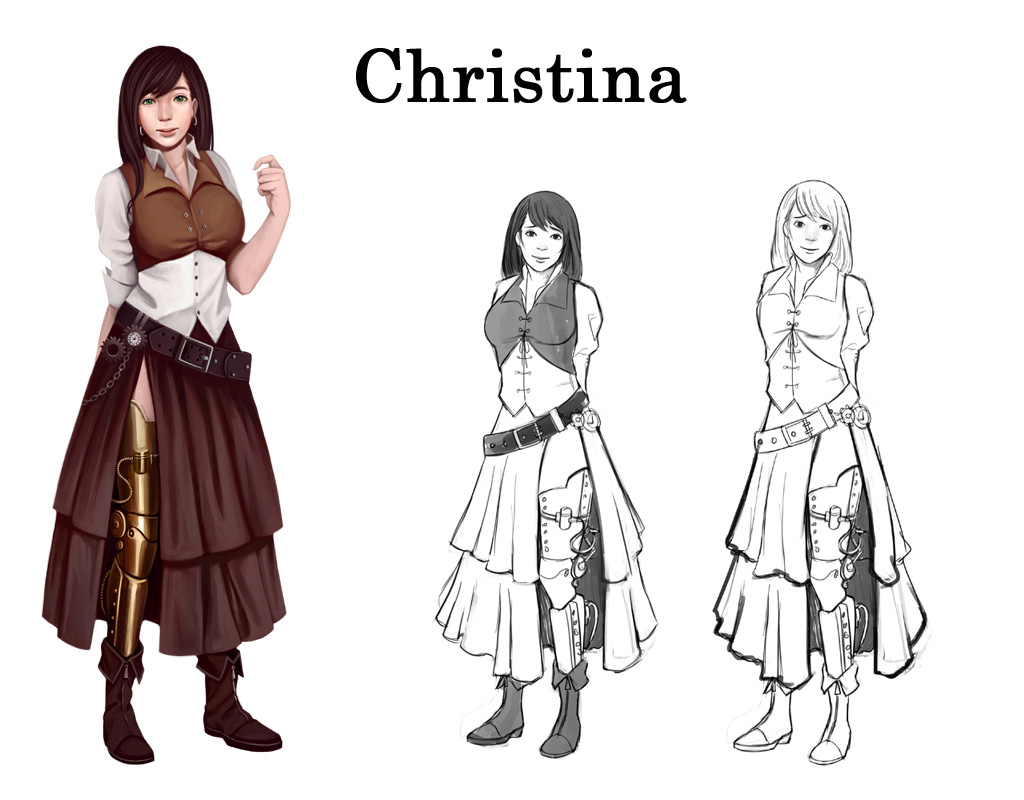 “Sidekicks are problematic characters. Too strong and they risk overshadowing the heroine or hero. Too weak, and you wonder why the protagonist bothers to have them tag along. (Multiply them by 8, and you might have some idea why Roger Steel is taking so long to develop!) Include in the ensemble, the eponymous Roger Steel who is the de facto head of the expedition (whether he remains the leader of the expedition is up to you to decide!), and you have a dense network of personal dynamics to juggle while attempting not to lose track of the story itself.

Personalities, skills, and worldviews all need to complement each other and hopefully add to the thematic resonance of the work itself. If we look around at our friends and lovers, we often find that they provide something we perceive as lacking in ourselves. They ‘complete us’, as the adage goes.

In Roger Steel and the Human Element, Ann and Arthur are overtaken by adventure whilst vacationing with their old friends, siblings Christina and Neville. As friends, the foursome know each other well even though they have spent a lot of time apart. Playing as Ann or Arthur, your relationship with your two friends will determine the whole mood of the story.

As anyone who has observed people for any length of time will attest, men and women relate to each other differently, no matter whether they are straight, gay, lesbian, or transgender. Equally, the relationships the player experiences with Christina and Neville will be different playing as Ann or Arthur, and straight, lesbian, or gay (or indeed entirely platonic). This is not a game where the only difference between the conversations you make as Ann or Arthur is the name accompanying the dialogue.

When writing Christina, I had to ensure that she is flexible enough to relate to realistically to all the dialogue and game choices available to the player, whilst retaining her own personality. I wanted her to have a quiet strength and dignity that would withstand the worst of Ann’s or Arthur’s behaviour whilst being open to developing a relationship with either of them in new and unexpected ways.

Christina has her own unique skills as a field medic and voice of reason and temperance. She is strong enough not to be overwhelmed by the hard-driving company she finds herself in, even though her self-confidence is not very deep. It takes some grit and determination to appear in public with her prosthetic leg, let alone adventure with it in places even the able-bodied might fear to go, and I think that the artist has captured a lot of Christina’s personality in his rendering.

I hope her open face and beautiful green eyes (not to mention that finely crafted mechanical leg!) will invite you to learn more about her as you explore the world of Roger Steel and unearth the dark secrets that lie therein.” 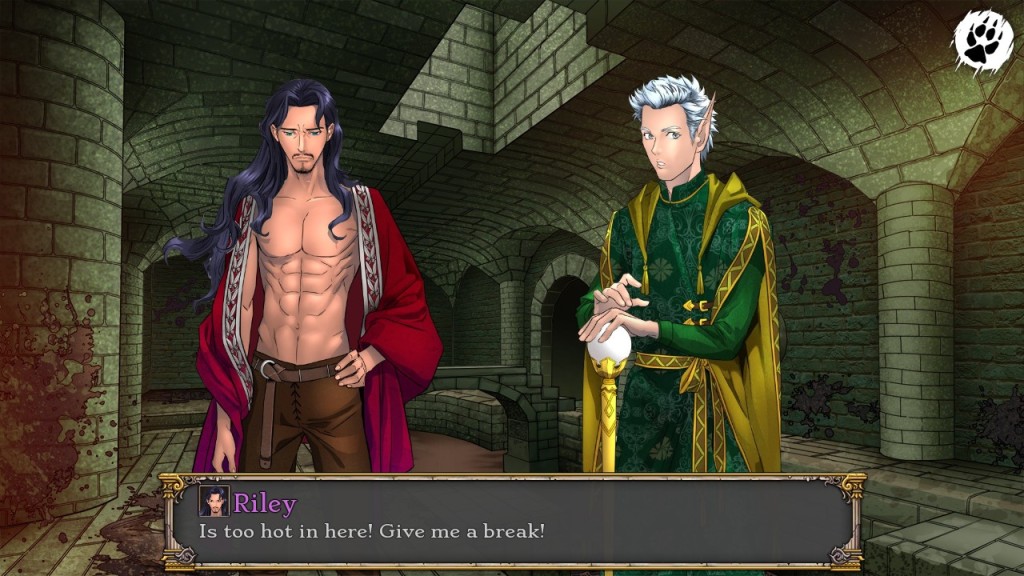 Riley showing of an unexpected six-pack (for a Mage at least!)

Yes I know that I announced several times an estimate release date for SOTW Act 2… but this time, I am fairly confident that could happen at mid-July 🙂

I finished coding the main plot until end of act 2 while I was waiting for Dingirra’s tileset art to be finished. Now is only missing the banners of the four families that run the town, but even if artist doesn’t make in time I’ll just use temporary placeholders.

There will probably be also some temporary skills icons, but the important is the gameplay, right?

So what is left to do? In practice I coded the plot like if was a straight linear story, but of course like in Act 1 you’ll be able to visit several places (even if for plot reasons this time will be more linear). I now need to “connect” all the scenes in a way that works with the tileset map and the passing of days, like with the first act, define maximum number of quests/location to give the bonuses, and so on.

Luckily this part is already big enough that I won’t need to add any extra sidequests myself. I might add some short ones, like “defeat this champion one on one” but nothing more, since is already big. Is probably the biggest part of the game, that’s why took me so long to code (even if 2 months is honestly not that much, considering I also had to release 4 new games on Steam!!). 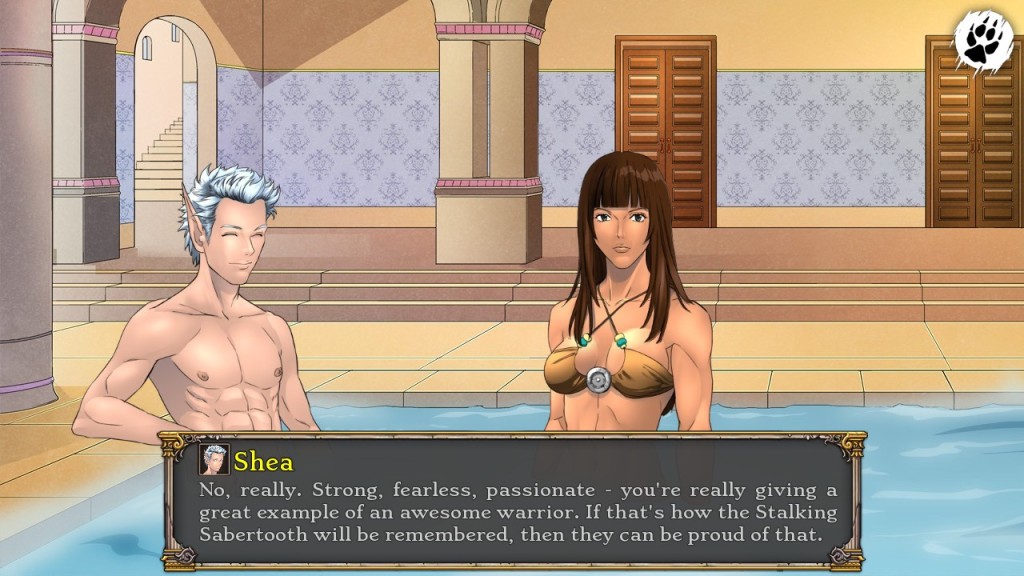 Shea is starting to learn how it works.. even if Krimm doesn’t seem particularly touched!

During Act 2 there’ll also be the first “camp talks” with the romanceable characters, and the infamous bathhouse scene (will be also in Act3, just a different location).

So in summary, SOTW Act 2 could be out the week from 14 to 20 July, if nothing else happens (both in my private life or indie business side). I’ll update next Friday on the progresses made 🙂