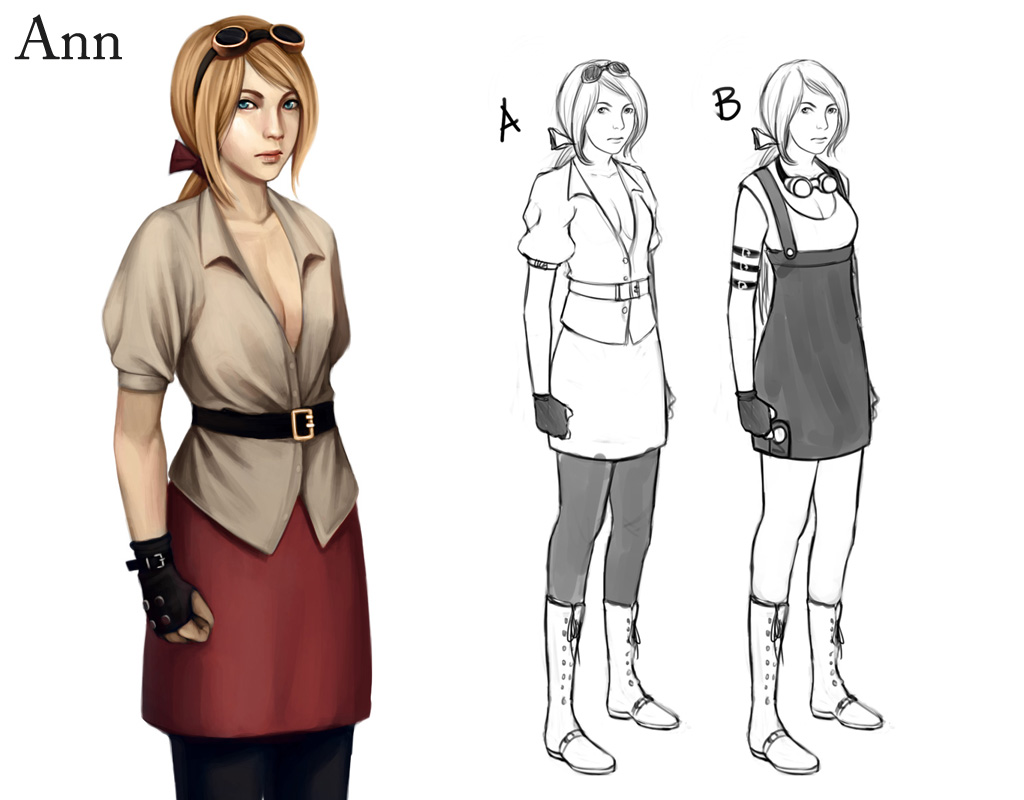 Above you see Ann in full color and some preliminary sketches done by the artist 🙂 This week, a guest post by Roger Steel’s writer himself:

“Greetings, patient Roger Steel fans! Civilizations have fallen; continents have collided; the sun’s a little dimmer … or maybe it’s just my eyes. Yes, it’s been a while since my last appearance, I know, and for that I humbly apologize. But in the void, things are stirring. Progress is being made. The chronicling continues… but such is the nature of game development that, even as I write, Roger and the gang are being brought to life in another way – the artwork has begun!

It’s been a strange experience, the last few weeks, seeing characters that have only been resident in the musty confines of my imagination (believe me, there’s a lot of rubbish in there, and the light’s not too good…) for the last ‘few’ months being brought to life in another medium. A bit like the transition from book to film, seeing Ann emerge from words on a page to pixels into her full-colour glory has been an exercise in managing expectations. But the results are here, and they are great.

Ann is a complex character, and made more so by the need to have her develop over the course of her adventure with Roger Steel and the gang according to her player’s vision. (The same goes for Arthur, of course, but he will have his day in the sun another time.) Whether she develops as a tough-as-nails leader with a sarcastic streak or as an easy-going girl who is content to hang out as Roger Steel’s trusty lieutenant – whether you see Ann as your protégé or as your avatar – her portrait will have to resonate as true to your reading of her character.

In this respect, I think the artist has done a great job. The Ann he has brought to life shows just the right amount of resolution and vulnerability that players will recognize something of their Ann whatever particular conversational, skill, and plot choices they make when developing her character over the course of the adventure.

She is not the Ann that was in my head while writing her adventures, but in many ways it is a better realization of her than I could have hoped for. When I open her picture, she looks at me directly, her own woman: strong enough to tackle the perils that lie ahead, to open her heart to any of the people she will be traveling with, or simply get the job done without any romantic distractions at all – just rescue her idiot brother and hope none of this gets back to her parents before their return to India.

I hope you too, her potential player, will see aspects in her portrait of the character you envisage playing, and help define the memorable adventures you will experience together.”

I just want to add that, as you have noticed already, this time the characters use a “full rendering” technique. Something I’ve never tried in my other games before, but the results so far are great. Is time to experiment with new art styles, writing, and games! 🙂 Stay tuned, the plan is to give a new character preview each week, though some week could talk also about SOTW and other stuff. 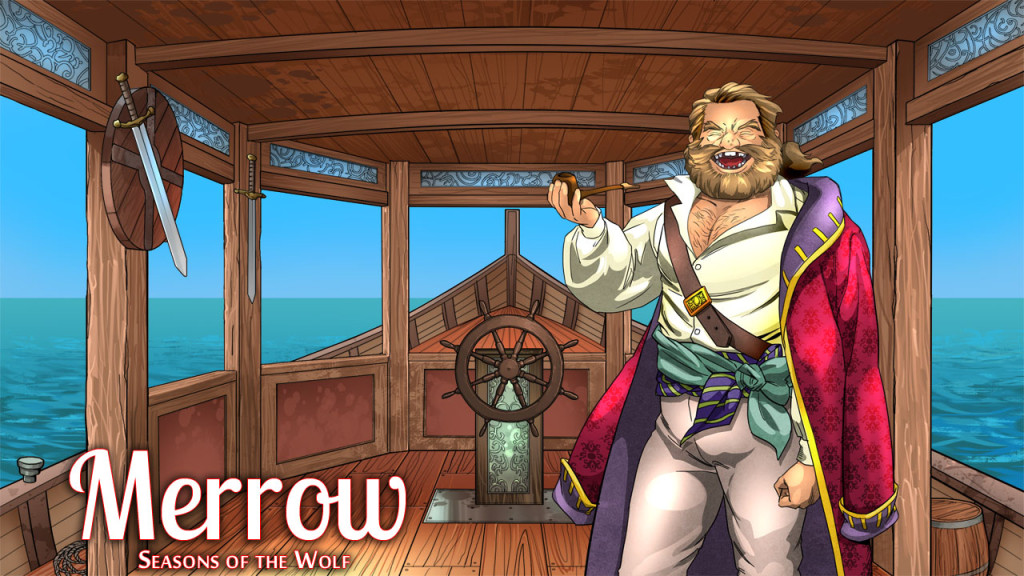 This is Merrow, a character NPC you’ll meet in the 3rd Act of Seasons Of The Wolf

First of all, in case you didn’t know yet, the Summer Sale has started! All my games on my own site are discounted by 50%. No need to enter any coupon code, the discount is automatic. On the site the full price are still displayed but when you add the products to the cart you’ll see the discount 🙂

I don’t use any time-tracking softwares, but yesterday was working on Steam’s Nicole build, and started to think how much time I spent so far this year on this and other tasks. Everything is approximate but should give you an idea:

And yet I still managed to release 1 game (Roommates) and finish a beta of a RPG (SOTW) ? I think I’m working too much, really! 😉

Of course, some things like Steam were totally unexpected: thankfully (or not?) I’ve ran out of games to be approved, so is not like every year I’ll have to make so many Steam builds! But for example, I didn’t take into account also the time to make the mobile builds, since that thing is really hard to quantify, but still are precious hours that I can’t use to making new games.

Now you understand why is taking so long for me to finish SOTW? beside the fact that what was initially supposed to be a small game turned out to be a big game! 😉

I don’t want to lie, I will probably take a short break once SOTW is done, since jokes apart I’ve really been working too much lately, so need to enjoy life a bit too. But stay assured that every game I announced (like Undead Lily, or Queen Of Thieves) will be finished, sooner or later 🙂

First of all, the second Heileen game is now out on Steam. Go get it now:
http://store.steampowered.com/app/305480/

The third title will come later in July, since needs more careful testing (and I’m reserving some time to work on SOTW!). Nicole was Greenlit too, so expect to see it on Steam too sometimes (maybe next month too). Talking about the otome version only obviously, since the yuri isn’t even ready on my own site 😀

Speaking of Seasons Of The Wolf

I made some progresses on SOTW this week, coded whole Krimm backstory and started chapter 11 also known as “Dingirra Adventures pt.2”. The first quest of that chapter let me implement the new dungeon tileset, you can see the result below: 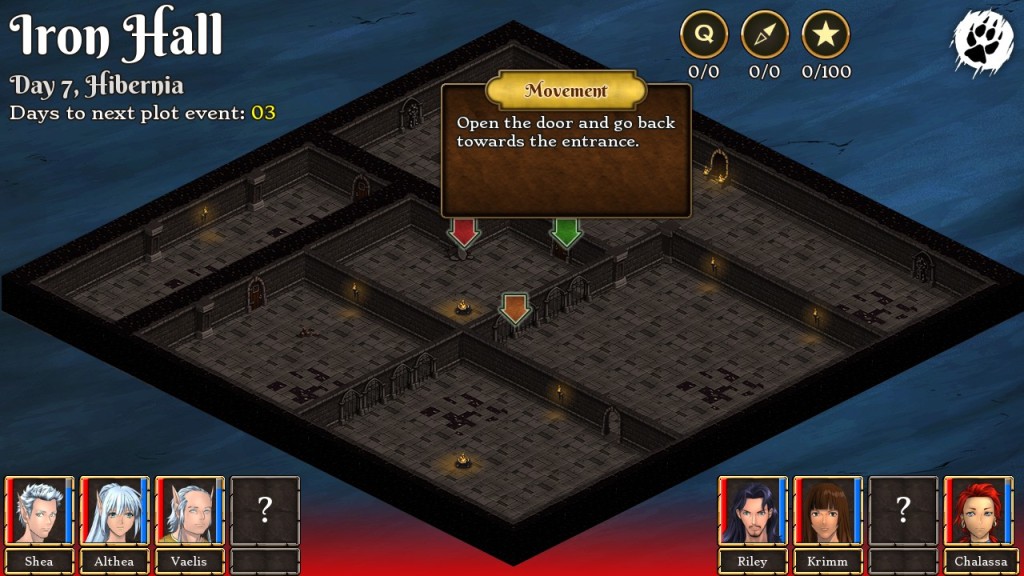 the new dungeon tileset of Seasons Of The Wolf

Differently from the “open map” of the first act, in this second act there are dungeons like this that have limitation to simulate the fact that the party doesn’t know what lies behind each door. So for example you must open a door to move in a new room, and every time you move your available options change based on the room contents. I am not sure if I’ll need to put also some sort of visual indicator to show the current party room/position, I’ll see during testing. 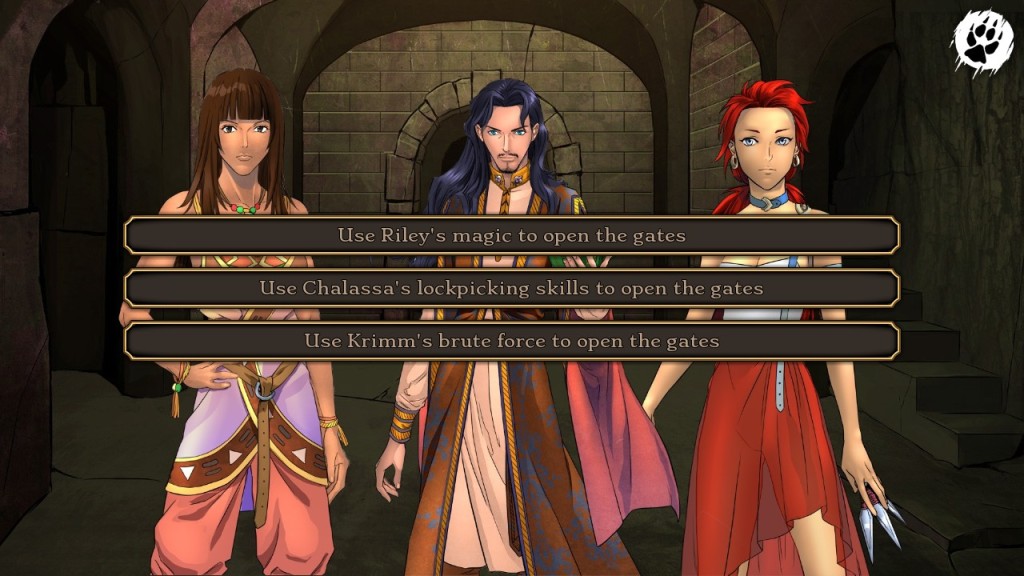 Now that the party is bigger, I have also implemented some small “choose who will perform the action” menu, similar to what I have on my game Planet Stronghold. There are no skills involved this time, but in practice they’ll force you to pick a character who can’t be available on the next battle, so that players will be required to rotate the party member a bit 😉

And if behind a door lies a surprise like this one… 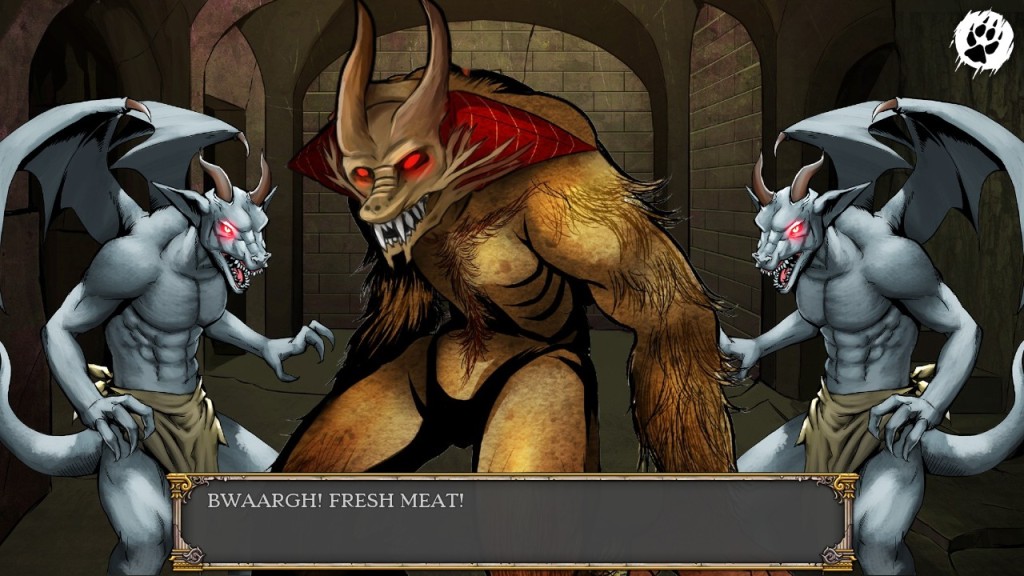 a really nice encounter, isn’t it?

That’s all for now! Lots of more stuff going on but I’ll talk about it when I have something to show 😉

One of the best advices I could give to new indies that are just starting would be: try to do something different. I generally don’t innovate too much myself, but only because I have already an established following and in general I prefer to improve my games step by step. Innovating can lead to successes but also flops, and having already spent months/years in the past trying to experiment new ideas without success I’m always very prudent 🙂

Anyway, I’ve been thinking a lot recently, and while of course story-based games will always remain my main focus, I was thinking also about doing other non-story based games, or games where the story has a secondary importance.

This has nothing to do with the difficulties I’ve been having recently managing writers, but more about myself and my personal/professional growth. I want to try something different 🙂

No real plans yet, but know that sometimes in future (not sooner than next year) you might see different kind of games too. Of course not FPS or platformers, but maybe something like strategy / wargame or simulations / management. For now is just an idea though. I might do also some smaller games first to test the waters.

Meanwhile, coding on SOTW is still going steadily. I am currently at chapter 10, and the second Act lasts until chapter 13 included, so about halfway coding it. 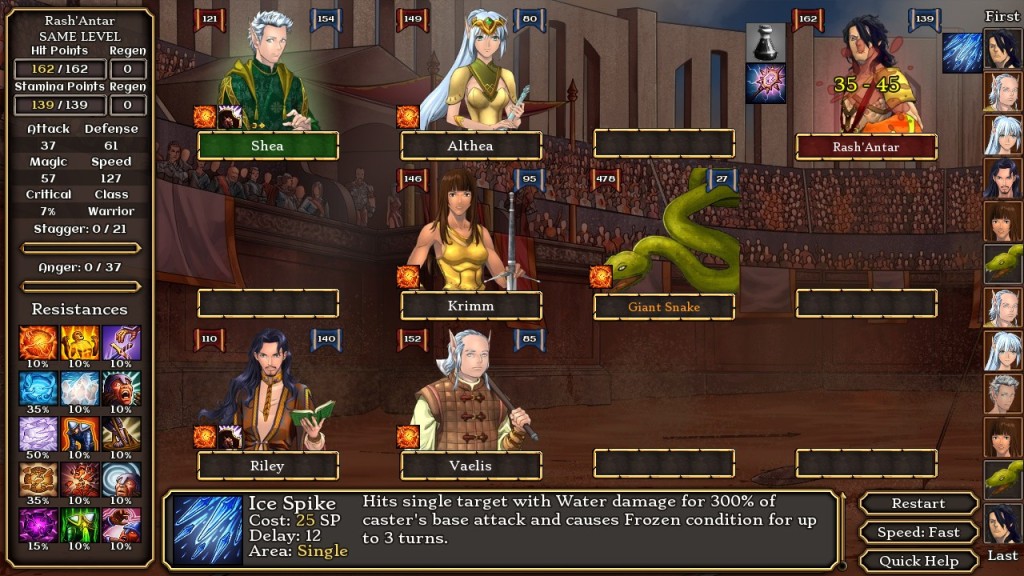 I think the second Act is rather fun to play, introduces all the remaining characters (though some will join the party only at the end of it) and has some interesting personal quests: Riley, Krimm and Chalassa’s ones. The personal quest were particularly fun to design for me because they are a sort of flashback, so I strip the character of their current possessions (to be regained later) and “downgrade” him/her to a lower level, but I let the player pick the skills before the quest and give a predefined pseudo-random equipment. Is a sort of puzzle RPG, and I’m sure Nightmare players will curse me several times playing it 😉

I had some small delays on artwork, so at this point I won’t be able to meet my self-imposed deadline of mid-June. But even without those delays, I think I underestimated the amount of work I had to do on the battles, so I think I won’t be finished with Act2 before the end of the month!