I managed to do a very simple “special effect” in Renpy, but I’m so enthusiast that I want to post it in my blog! look below:

Nothing special as you can see, but still better than just showing the card with no effect at all. In this case, based on my choice during the dream, I ended up being too proud of myself (and my poor special effect!) 😀

I have already some voices and new one should come today or tomorrow, so I will be able to post a more interesting video teaser of Heileen 2 soon!

First of all some stats on Heileen 2 so far:

almost 35k words isn’t bad at all. Considerin I’m only doing “step3” of the dreams with the tarot cards, and have yet to introduce the final chapter where you’ll see which ending you’ll pick (there are other endings that can happen before it too). My estimate is that the final game will be around 50k words. The first one was around 40k, but this one has much more variety, and more than 3 endings!

To explain better I made this flowchart in case anyone is interested. 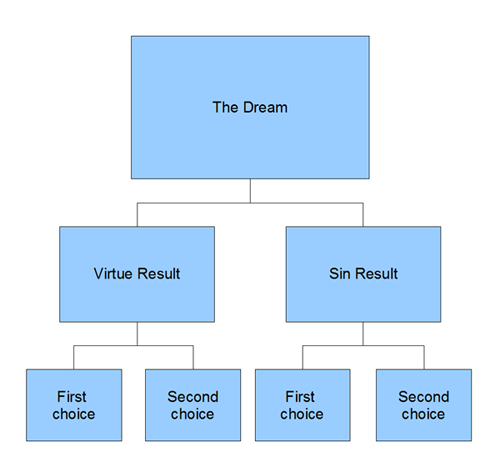 In practice this repeats for each dream: first you make inside the dream the choice that can lead to a Virtue or Sin result. Usually the cards have powers which can influence the real world (I don’t want to give out too much detail), so for each result you’ll also to pick between 2 choices (sometimes even 3). Those latest choices will influence your relationship with the other characters in the game (mainly Ebele and Robert for most part of the game except in the ending).

As you can see the possible combinations are really a lot! 😀

In last period, also because of really poor sales (a global slump though, so probably related to poor economy, recession, schools starting again, etc) I started looking to other possibilities for an indie dev like me, for example other platforms (iphone/XNA) or other game types (browser based, MMO, online games). However all those new things would require a big investment of my time. I started with iphone/XNA but after a few weeks of programming I was completely burned out, and still far from seeing any results. If I compare this to programming normally on Pc/Mac with or without python there’s a big gap. So for now, I’ll focus only on developing more classic downloadable games for those open platform, hoping that people will support my efforts a bit more 🙂 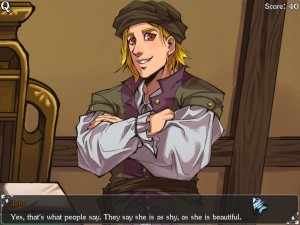 I just finished writing the beginning of chapter 3 of Heileen 2. In a subplot branch you can be saved by what is defined as “Deus Ex Machina”. A sort of divine intervention, something beyond the human possibilities, that saves you from a desperate situation. This is actually also an ending, the PRIDE one.

Exactly, each Sin / Virtue will have an ending. I’m sure the most sought will be the Lust one 😉

There will be also other endings even if in theory all endings could be associated to one of the 7 sin/virtues… but for some the association will be quite obvious.

In the image on the left you see John dressed in a unusual way. But he is really John or…someone else?

In the image on the right instead you can see 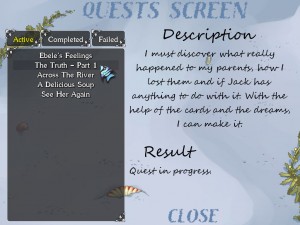 There will be MANY more quests, and the total maximum possible score will be 100! (so now that I think about it better, there will be 20 quests total since the max score you can get per quest is 5).

This screen will list the Active quest, the Completed and also the Failed ones.

No, this isn’t yet another post about a certain website. It’s a post about the last piece I wrote of Heileen 2, my upcoming visual novel. Indeed in this part, during one of her dreams, for the first time Heileen sees a mysterious figure who is dressed like a pirate… 😉 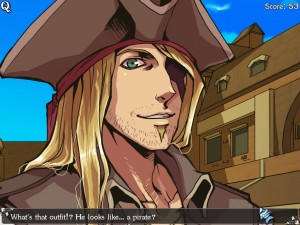 A recurring theme through the whole plot of Heileen 2 will be “dream or reality ?” thing. Indeed in many dreams, Heileen isn’t really sure if they are deja-vu, events happened in the past, or if are only dreams without any connection to her past life. In the game you’ll also discover what happened to Heileen parents, how she lost them, and why some people aboard of the ship in the first episode weren’t totally unknown to each other.

I’ve decided to do a small 1.0.2 update today, fullversion only (you won’t see the changes in the demo). What I changed is adding an EASY MODE, so everyone will be able to play the game at their own difficulty. The normal mode is how the game was, nothing changed. In the easy mode instead you’ll see that the taxes percentage is MUCH lower, ranging from 15-30% max (in normal is 35-45%!) and the skills will never drop 🙂

Of course I still prefer playing it in normal mode, and in the next update I will add some bonus to the normal version only (probably in a few months though, depending on when I finish Heileen 2). What I mean exactly? some extra events or achievement that you can  get ONLY by playing in normal mode. Otherwise everyone would simply play in easy mode since they wouldn’t have any motivation ! 😉

For those that purchased the game: you can get the update by redownloading the game from my own server (not BMT one), you got the link in the purchase email with the game.