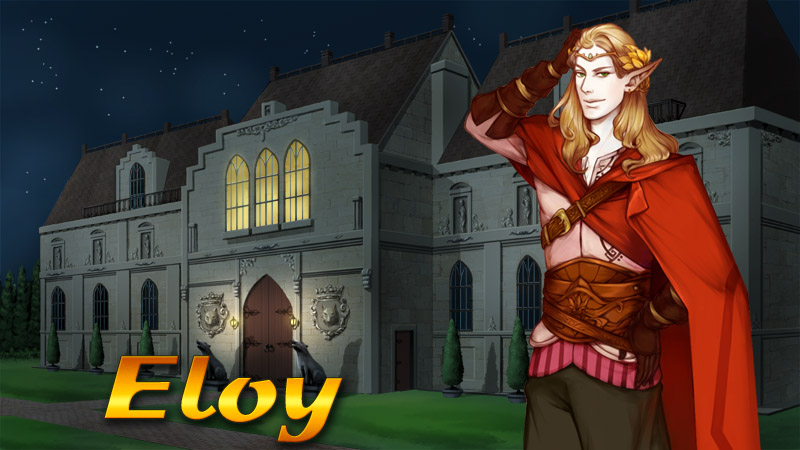 Here is the last of the four main love interest of my upcoming yaoi-only dating sim Heirs & Graces, Eloy. Introduction by the writer follows:

Eloy, or Lord Shiraan if you’re being formal, is a noble from Grandtree. However, he rarely bothers acting like it. While he’s perfectly capable of putting on the typical airs when he has a mind to, Eloy doesn’t really buy into formalities and usually finds engaging other nobles tedious at best. He prefers it when people are themselves, even if that means their negative traits are readily apparent.

Unlike the other nobles that have come to visit Lord Sandor, Eloy isn’t interested in inheriting anything. He genuinely likes Lord Sandor and considers him a friend. Actually, Lord Sandor is one of Eloy’s only friends because of the elf’s tendency to get on people’s nerves. This is very intentional on Eloy’s part. One of Eloy’s favorite things to do is mess with people. He loves setting up scenarios that put people on the spot just to see how they will react. Eloy earns a lot of hatred for this once people catch on to what he is doing, but he honestly doesn’t care. He doesn’t go out of his way to make friends and just continues doing whatever he wants like he always does.

Eloy tends to be a bit restless when he spends too much time in one place so he does a lot of traveling. While he rarely goes home, he does spend a lot of time at Lord Sandor’s mansion. This isn’t because he has issues with his family– though by now they’re probably a bit embarrassed over how easily he shirks his responsibilities. Eloy simply finds Grandtree a little too laid back for his tastes. He’s too interested in what is going on in the world and likes humans enough to want to be around them regularly. To top it off, he just isn’t as into nature as one might expect an elf to be and thus, has no real desire to live in a forest. While Lord Sandor’s mansion doesn’t have much to offer in the ways of entertainment, spending time with Lord Sandor is more than enough to keep Eloy there.

The new update for the zombie-VN Dead But Alive is now available! It adds a bunch of new features and bugfixes and also a “visual novel mode”: 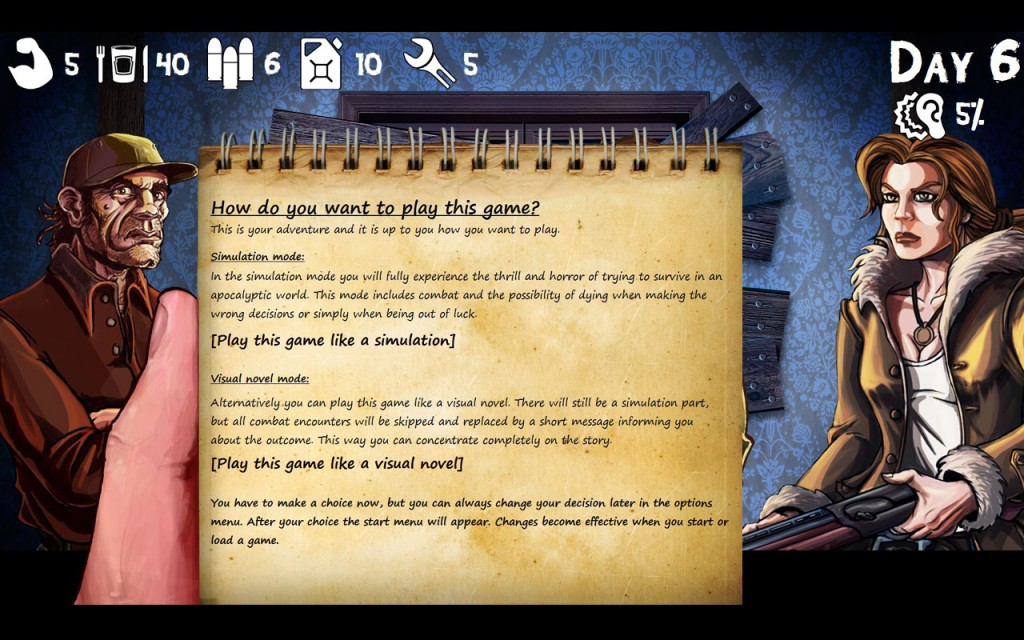 Because of its size, if you have still the previous beta version installed you can optionally update it using a patch file.

One Response to Heirs & Graces – Eloy