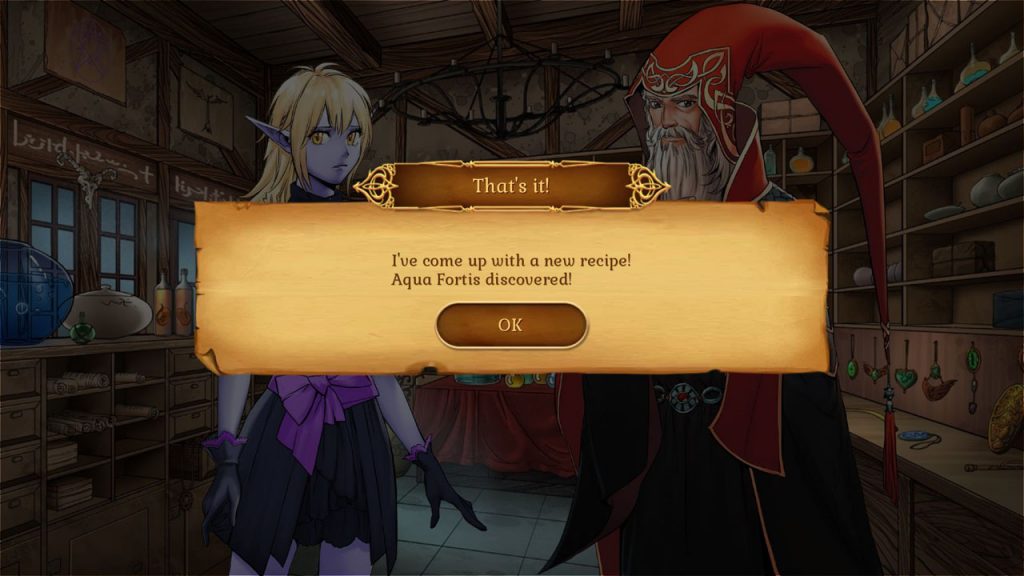 Ehm, maybe I won’t keep the messagebox above in the final game, however…

As you know well if you follow me on twitter or read my forums, I’m currently working at fullspeed to get my next game, Amber’s Magic Shop, out.

Unfortunately, it turned out to be a much bigger game than I originally thought. But on the other hand I think will be worth the wait! The plot is almost entirely scripted (it was already written long time ago, but I needed to script it), and the gameplay coding is progressing well too, but it’s really much more detailed/complex than I originally planned. Hopefully means it’s also more fun to play 🙂 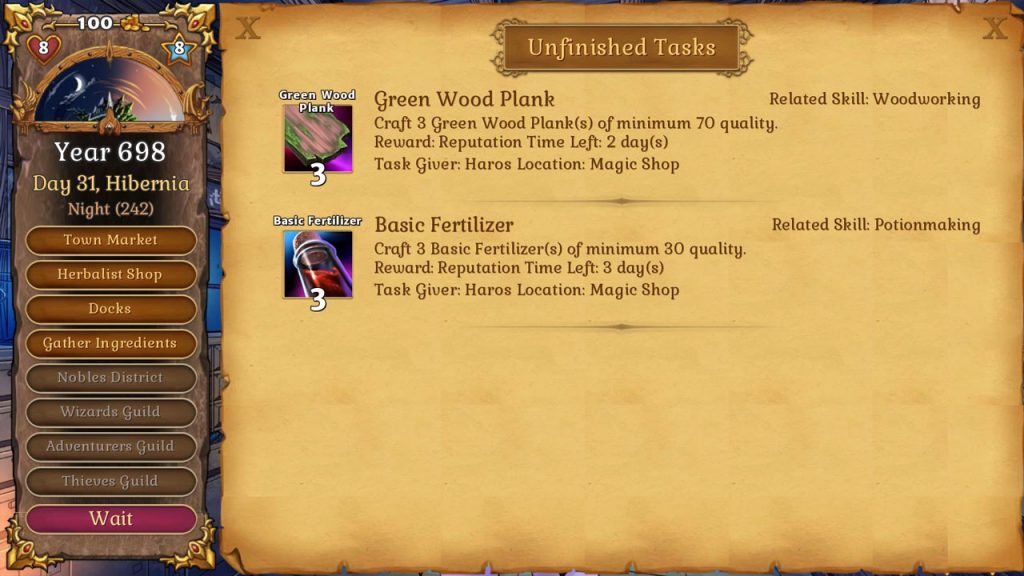 For example, above you see one of the various screens I coded this week, the “Unfinished Tasks”. Tasks will be like quests for the RPGs: you’ll have a limited amount of time to craft amount X of item Y, and of a minimum quality Z (in the game depending on the ingredients you mix, you’ll obtain different item quality). Rewards will be variable, money (obviously) but also “Reputation points” or new items/recipes.

I am also planning to leave a lot of freedom, especially during the “adult age”. In the young age, since Amber is an apprentice in Haros’ shop, she won’t be able to take many decisions, but once she gets to run her own shop (in the adult age indeed) she will have a much bigger variety of available actions in each game location, and will also be able to build her own magic shop.

I honestly hoped to have the beta out by the time I wrote this post: however, the last thing I want to do is hurry the game now, after all the efforts that have been put in it. Hmm, the next blog post will be the 31st March… maybe that will be a good day to announce the game in beta! 😉

While you wait, listen to a preview of one of the tracks from the game, “Gothic Doll”. Talk to you soon!