First of all, Merry Christmas / Happy Holidays to you all! 🙂 Like every year I’m doing a promo sale for the holidays, on itch.io and on Steam.

In the past weeks I also made very good progress on this game. As you know, I am currently focusing  on the rules first, and I decided to use a random items generation system (plus probably some fixed “Legendary  Items”) like I did in SOTW. The results so far are good: 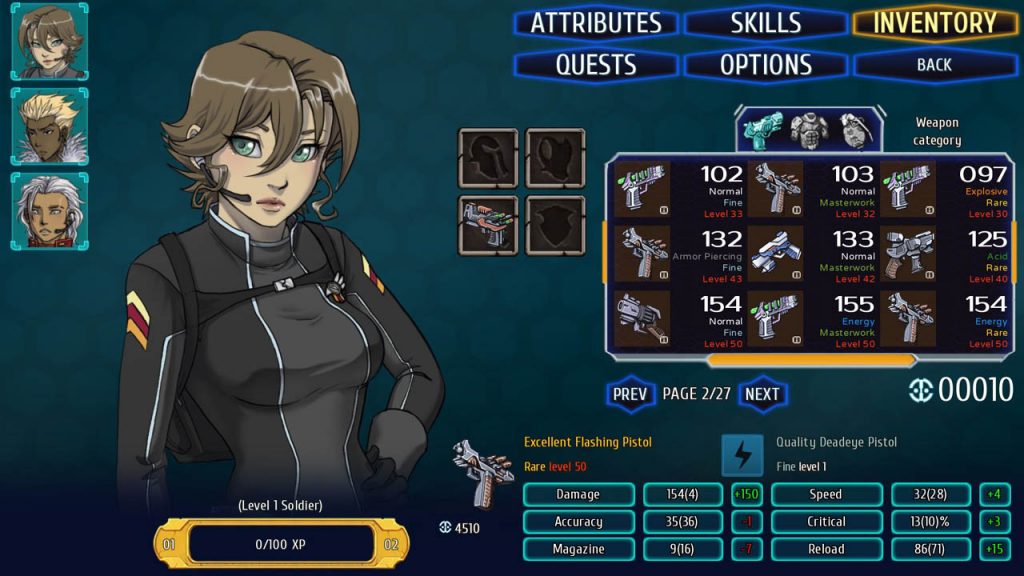 As you can see, the item stats on bottom-right should be familiar to anyone who played SOTW. I decided though, thanks to my time spent playing-ahem, doing research with Destiny 2, to display in the inventory a big number for the item “power”, and the damage type/rarity and finally level. This way players can find the desired weapon more quickly and with less clicks than my other RPGs! 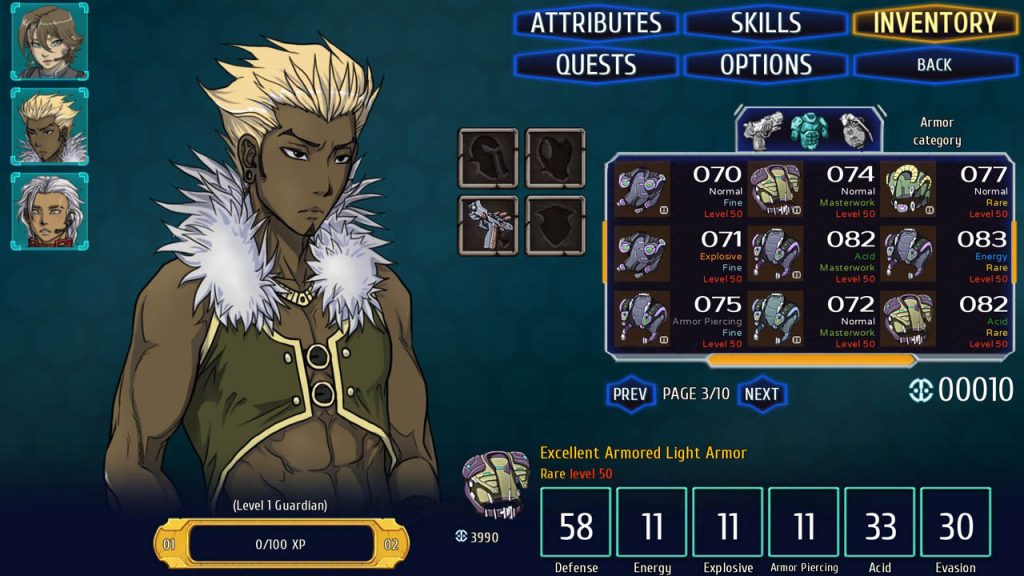 With the armors I do something similar, I display the overall item power, the higher resistance (like in the first game there will be energy, explosive, armor piercing, acid and psionic damage), the quality and level.

For the armors and determining the damage, I have decided to use a system derived from the Cursed Lands’ one, which at least judging from beta-tester feedback seems good. I already posted in details in forums, so if you want to know more you can visit them, but in summary the defense value will deteriorate through the course of the fight, while the resistances are percentage based and determine the amount of damage absorbed (depending on the weapon attack type obviously).

In the next weeks I’ll go on with my tests, though of course as soon as I get new content for Cursed Lands or Love Bites, I’m going to work on them since they have the priority.

To speed things up, in agreement with the writer, I am working on the nagas storyline for Cursed Lands myself with the help of Heirs & Graces writer, and Love Bites writer just finished the last “solo player” scenes: like in other dating sims, you can choose to not romance anyone if you want. But since in this game the goal is to survive/find the cure for your curse, we needed to give the players the possibility to find it even if they don’t romance anyone 🙂

Expect an update for both games in the next weeks (in particular for Love Bites I should be able to have half of the whole game content in beta next month for sure).

See you next week for the end of year/summary post (I’m going to break my a post every 2 weeks rule to do that). And again, Happy Holidays!