Biting off more than can chew 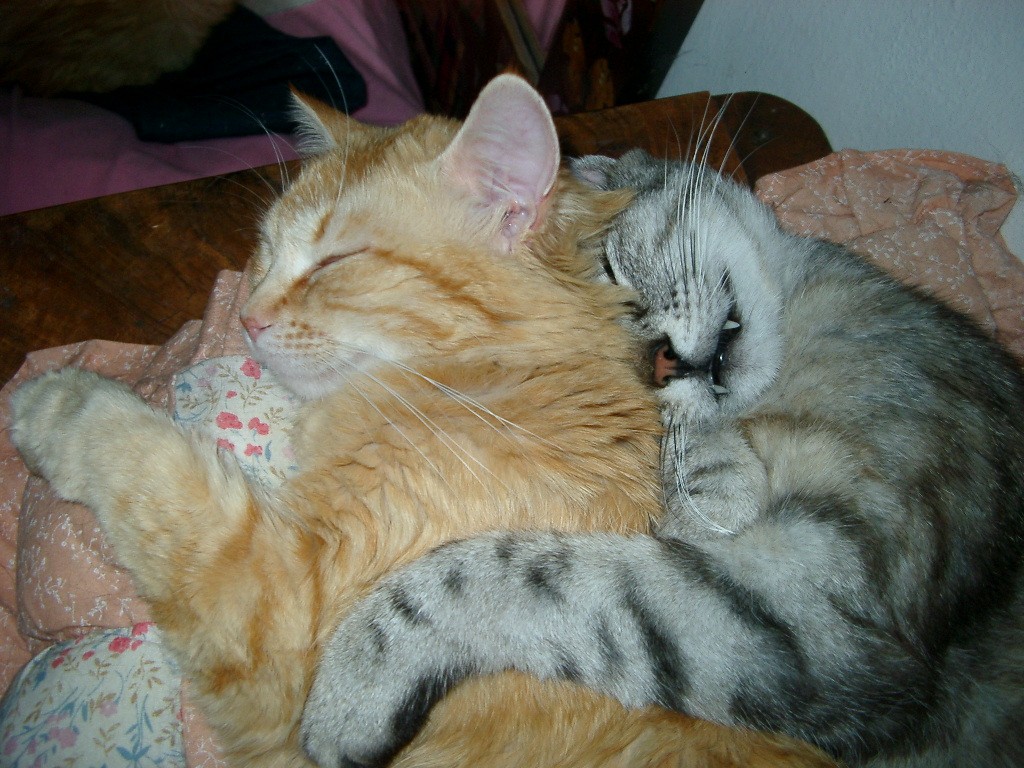 Gilda & Grillo sleeping together, pic from a few years ago

I would like to be able to sleep peacefully as my two cats above! The reality is that in the past month it has been quite stressful, for various reasons, personal and job related.

In particular, I recently had to drop the idea of making the “two independent parallel plots” feature of Bionic Heart 2. It was definitely too much. I tried to fix the numerous plot bugs, with the help of some people but we failed. Then asked Aleema, my trusted Loren writer, thinking that maybe it was my faul, that I was just “burned” by all the recent work. But even her gave up! So at least it means it wasn’t just me.

Thinking back about it I don’t even know how I thought I could make that work. It’s a total nightmare since the game is already super complex even played as “normal” visual novel, with lots of path/branching and variables to take care of.

By coincidence, this week appeared on a games site the flow chart of the Walking Dead game by Telltale, which I enjoyed a lot last year. Immediately, I noticed how simple it was. Yet, playing the game I had the sensation of much more freedom of choices!

So in practice, to the end users doesn’t matter much if there are really 150 parallel plots. Nobody except a few people are going to replay the game from beginning to see them all. I remember when I did a survey a few years ago, only 10% of people said that they try to unlock all the endings.

I think that for all future games, I’d rather make the story longer, and use other gameplay/narrative “tricks” to give the illusion of freedom (because even in the multiple path games, you still don’t have complete freedom, is just an illusion).

Anyway, what does it means in practice for Bionic Heart 2? I thought that by removing the parallel plot thing, all problems would be solved but I was wrong again. Testers in forums were finding lots of new plot bugs! The game logic is still to complex, with too many branching points, jumps, and so on. For every problem fixed, two new ones would show up. This was going to be a neverending story…

The solution is something that I should have done from the beginning: I’m going to reorganize all the scenes in a simpler way, still providing choices like in all my games, but with a more simple logic behind it.

Nothing is going to be missing from the original script (maybe a few parts of some scenes, but I’ll try to keep as much as I can) but simply I will make it so that behind the scenes doesn’t become the huge, complex mess that made me (and two other people) lose 2 months of time (the game should have been out last month).

I think I should be able to finish it in 2 weeks max, maybe sooner. I really want to get out this game as soon as possible! 🙂

5 Responses to Biting off more than can chew