As wrote in previous post, the next game that will be out is Roommates. My trusted writer Michael is reviewing the whole script scene by scene to make sure everything is OK, but because the game is LONG, that will take some time 🙂

Meanwhile, I’m setting up everything else, like the contents of the bonus version: 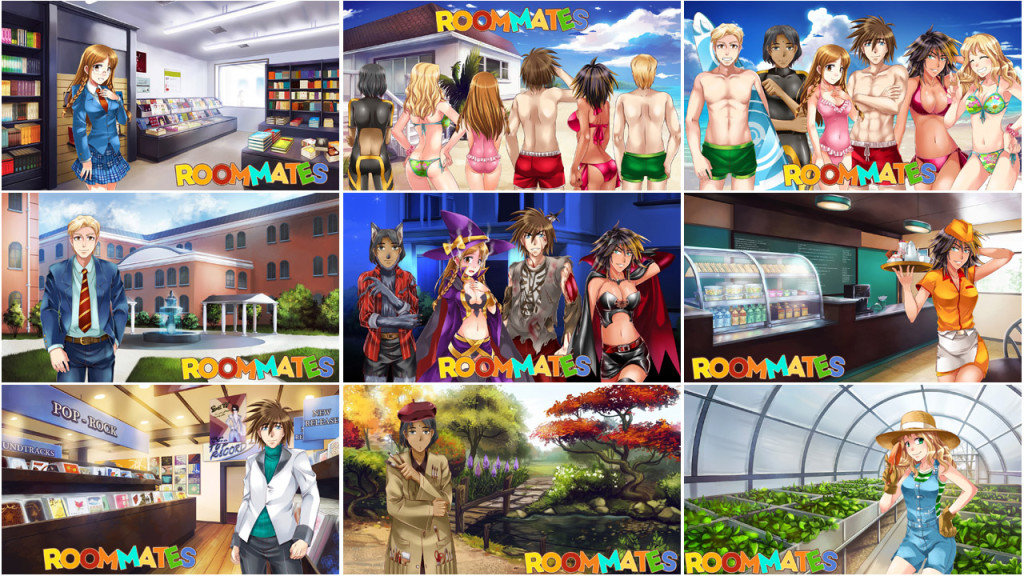 Wallpapers, original soundtrack (including the theme song “My Name In Lights”) and more.

Even if is a dating sim, this game is quite different from Nicole.

First of all, the scheduler is more similar to the one I used in my games of the Flower Shop series. You can’t visit each location and choose an activity like in Nicole, more like you plan your week and then press play to see what happens.

The contents are also different: Nicole was more family-friendly, while this game is more like my early titles (Summer Session for example) where there’s a good amount of comedy and sexy references, as you can see from the screenshot below:

Some of the CG scenes are quite hot to be honest, not like the Loren uncensored ones, but rather hot. I think that during the beta will ask users feedback to see if is better to make a censored version of those as well 😉

Finally, a good news (for those who don’t know it already): you can play as male or female immediately, no need to wait for an extra version. I am still thinking to allow people to purchase the two versions separately, since I am not sure how many people like to play with both genders.

In any case each version will be cheaper, like $15, with the possibility to get both for $25 instead of $30. So pricing similar to my other games, or cheaper if you want to play only as Anne or Max. Of course, you’ll be able to “upgrade” anytime in case you change your mind 🙂

This entry was posted in dating sims, development screenshot, roommates. Bookmark the permalink.