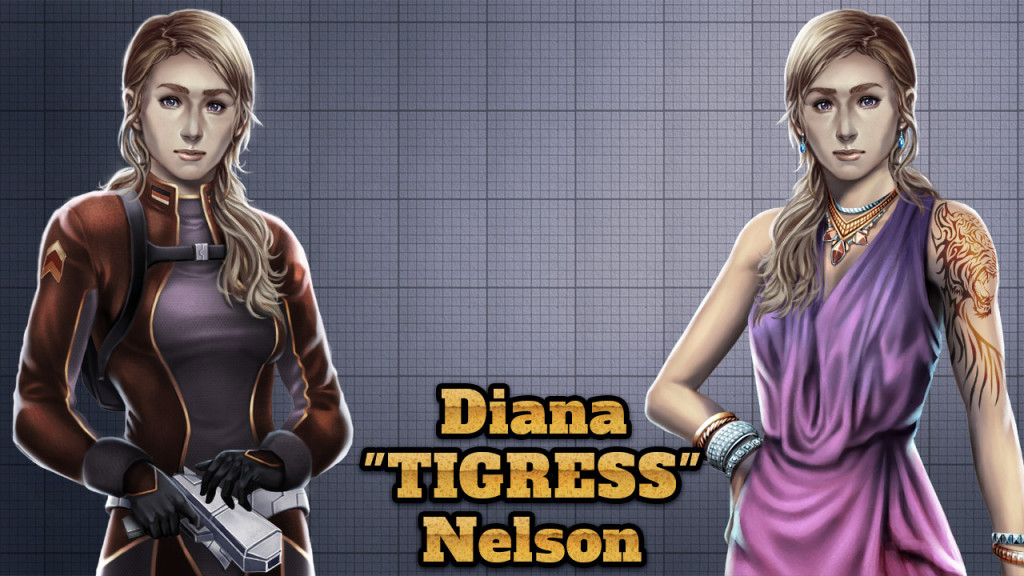 Description:
The middle of three children, Diana always knew she wanted to join the military which was something of a Nelson family tradition.  Even when her parents divorced, and she moved to Germany with her mother, Diana’s military ambitions remained.

This drive made it rather easy for her to join the Citadel, the Empire’s top military Academy.  Diana still holds the record for longest accurate shot made with a rifle.

Upon graduation, Diana was assigned to a remote detachment.  It was supposed to be a routine mission, guarding a team of scientists verifying whether the planet would be good for eventual colonization.

Somehow, the Arnox detected the human presence.  In a brutal attack, the aliens took out her immediate superiors, leaving Diana as the leading commanding officer.  Rather than surrender, Diana withdrew all survivors, and conducted a guerrilla war which lasted over six months.

Eventually, human forces liberated the planet, and discovered how Diana’s actions actually kept the Arnox from causing trouble elsewhere.  Her troops named her Tigress, much to Diana’s amusement, for she was constantly on the prowl.

Her actions caused one problem:  while she is confident in her own skills, she sometimes has trouble relying on others.  Diana realizes the others have skills she lacks, but she feels she should be able to do more on her own.

This feeling also has strained the relationship with her brother.  When Alex was assigned as co-captain, Diana felt self-doubt, wondering whether her superiors were questioning her ability to defend the colony on her own.

As some users in forum suggested we’re going to tweak slightly Alex intro, explaining how his battle against the Robobrain was very useful to make progress in Psionics research, otherwise his background story was not at the same level of Diana’s.

Don’t worry, they’re both two tough and famous heroes/characters 😉 That’s all for this week, next Friday we’ll talk again of the Steampunk World of Roger Steel introducing nonetheless than Roger himself! 😉