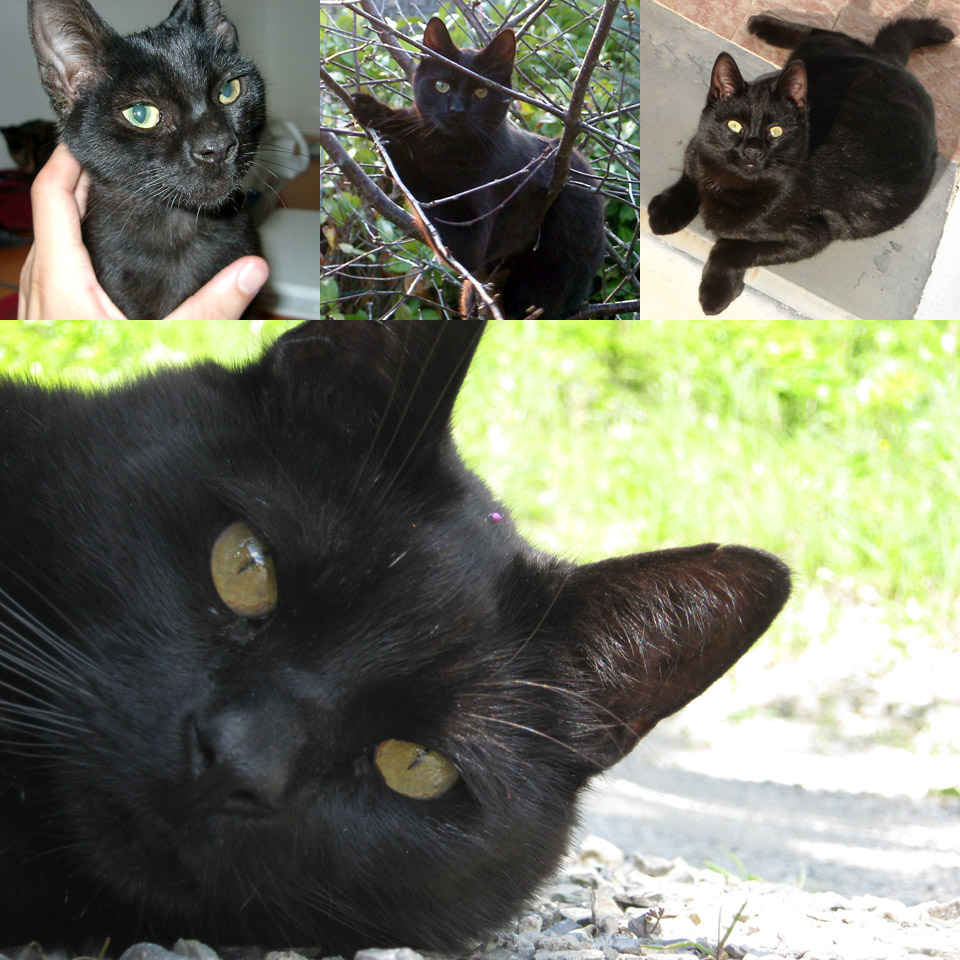 My cat Batman, from when he was a kitty until recent days

It has been less than a year since I had to write about one of my beloved pet’s death, that here I am again 🙁 The black cat you see above was Batman, we called him like that because of his profile with the pointed ears!

I am not going to lie: I’m very, very sad. Not all cats are the same, this one was particularly smart, playful, and he used to pay me a visit at least once a day to my office (upstairs). It was surely one of my favorite cats!

Even this time, we waited and hoped until the last day that he could make it. Last Sunday, after brushing him in the morning, he was purring and looked happy like always, even if I knew he wasn’t OK. He wasn’t eating since three days and not drinking since almost two. Then as usual he went for a walk in the woods nearby, finding the energy I don’t know where. But when he came home that evening, he was clearly in pain, so I had to take the hard decision 🙁

p.s. he was the cat that is supposed to be in the Heileen series. For obvious reasons I couldn’t call him Batman in the game too! But it was him. I know he’ll live forever in my games.

Once again, the show must go on: Seasons Of The Wolf Act 3 beta

Even if I’m working slower than usual, this week I also started SOTW act 3 beta! So far things are going well, with help of forum testers I’ve fixed already a great amount of bugs. Also, in this act you can do all the romance talks and unlock the romance CGs! (There are still more CGs for the ending in act4 though) 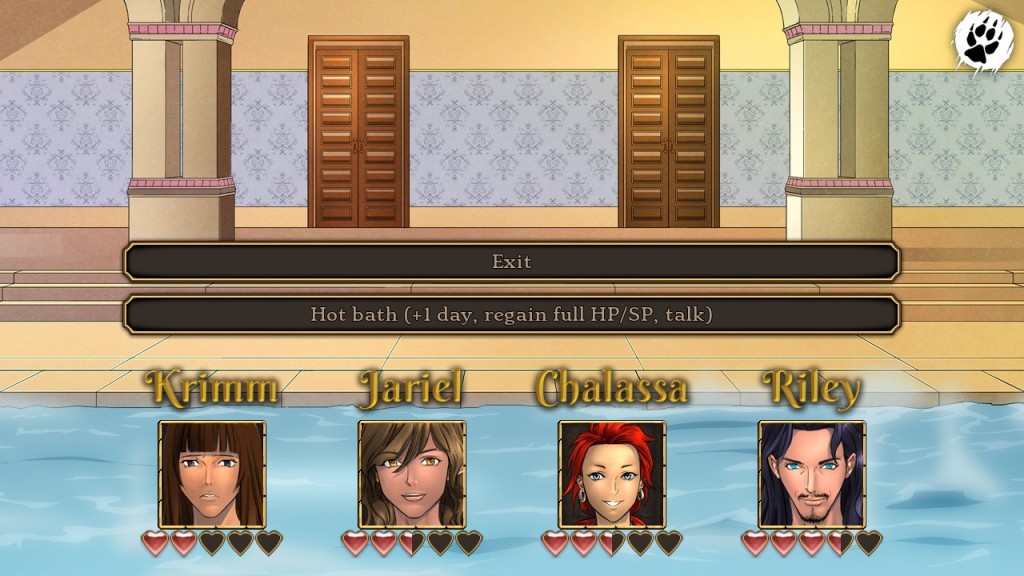 All the romance dialogues take place in Rowinda’s bathhouse. An appropriate place 😉

There is only act4 left, and if things go well might be ready for end of month, though is more likely mid-November. I am still waiting for some missing art (a few tilesets also for act3) but the main story and coding is already complete.

This entry was posted in pets, roleplay games, Seasons Of The Wolf. Bookmark the permalink.