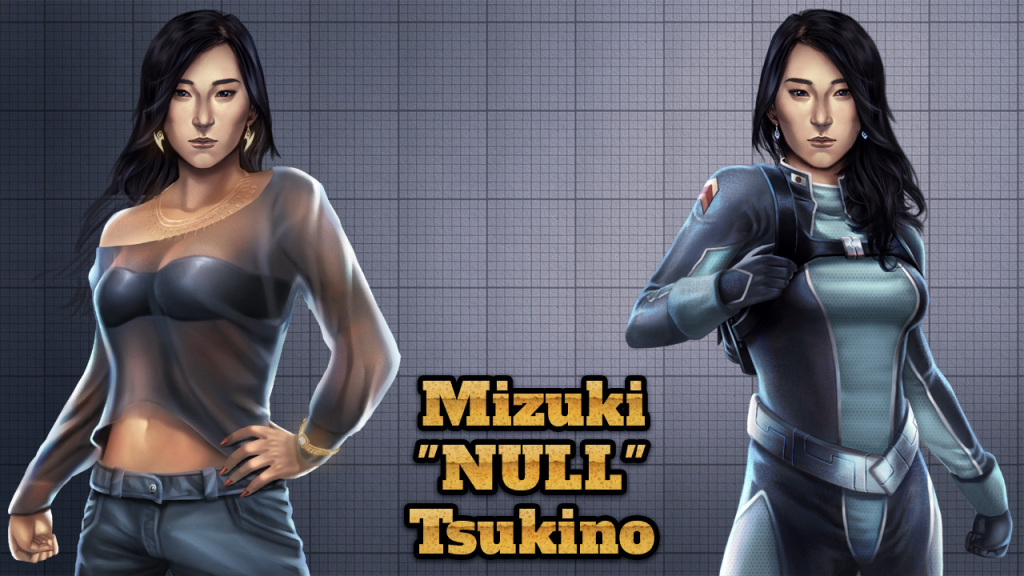 Description:
At one time, Mizuki was considered the greatest threat in cyberspace.  No target was safe when her avatar, a neon dragon, appeared wreaking havoc on corporate, criminal, or government networks.  Not bad for a woman yet to see seventeen summers.

However, despite her almost superhuman talent, she was eventually captured.  In a secret court, she was offered two choices:  either assist the Empire with her formidable computer skills, or spend the rest of her life in a primitive cell with nothing but rats for company.

It is in military service Mizuki encountered the challenge she craved.  Whether it was outwitting the Robobrains in their own cybernetic hives, or adapting to the Vauses’ fluidic thinking, Mizuki found her skills matching, or exceeding their own.  This earned her the nickname Null, since her presence was never detected, let alone suspected.

While she is the mistress of the digital world, Mizuki is less sure of herself in what she terms the meat world.  After all, how can you trust what you can’t control?

This isn’t to say Mizuki isn’t loyal.  She’s had numerous opportunities to escape, covering her absence electronically, but when her comrades spilled blood for her, leaving was the last thought on her mind. 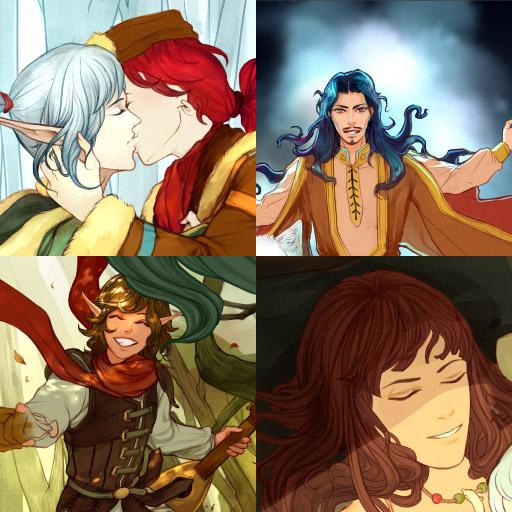 You can see a sneak preview of the ending CGs above

This week I’ve worked on the last act, though as you may know if you follow me on twitter, I had already finished the main coding last month. So I am just retesting everything, the battles, the enemies (there are some really tough boss fights!) and in general that all the endings unlocks the intended way.

Speaking of the endings I’ve commissioned new CG images for them, using a different artist, since the original one couldn’t make it in time. I’m rather happy about the result 🙂

I believe I will release this last act/season this weekend or maximum early next week, I’m just waiting to see if I get get some last missing images (but the game works already anyway). Keep an eye on the forums to know when is ready!
In any case, not much left to wait, to see the conclusion of the story. Do you remember the wolf pup in the first season? Well… 😉

Some general considerations: as I’m approaching the end of this project, I have learned several things:

Because of such considerations, and based on how SOTW will do, will decide how to take the challenge to make the future RPGs. If  I see that all the insane effort I put to make the gameplay of SOTW so detailed didn’t make the game more appealing to players, I think will need to do things differently.

But in general, I might do things differently even if SOTW did well, just to rest a little 🙂 Playing Banner Saga, and other indie RPGs, showed me that you don’t necessarily need to have 8+ characters with 15 skills each, huge battles 6 vs 6, and so on.

In summary there are other ways to make a story-based RPG interesting without the need to make it long, super complex or add a lot of features.

Also, I might for once do what basically most other indies do: reuse the same engine WITH SMALL CHANGES (not what I did with SOTW!!!) and make smaller games (of course, at lower prices as well). Not necessarily everyone wants to play huge epic RPGs, sometimes is refreshing to do something small. Small is beautiful! etc etc 🙂

OK better stop my ramblings here otherwise you think I went crazy while working on SOTW! …which actually is not completely wrong…! 😀