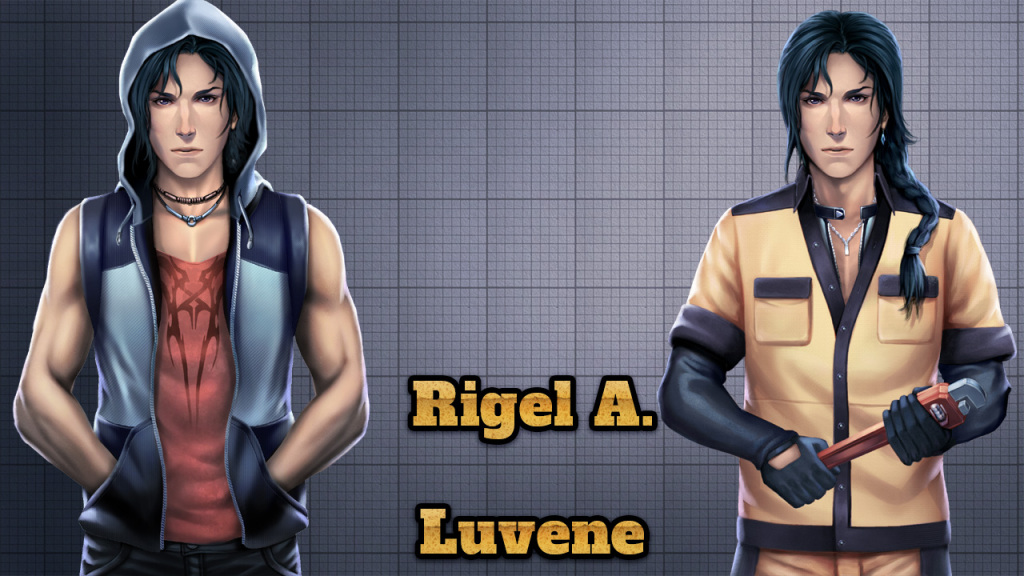 Time to introduce another PSCD character. He’s the BxB romance, albeit not one of the heroes (he has no skills in battle).

Description:
Among the newest arrivals to the colony, Rigel is the assigned mechanic for the colony’s vehicle hangar.  Say what one might, Rigel is considered the best mechanic ever.

However, not everyone viewed Rigel’s arrival with pleasure, for Xavier saw the sable-haired man as a threat to his position.  They soon became good friends when Rigel showed Xavier how he could get a 11% acceleration boost in his hovercycle, and extend his jumps by 20 meters.  Soon, other people started to show up, making Rigel the goto person for modifying their vehicles and weapons.

Rigel is considered a bit aloof since he spends most of his time in the vehicle bay.  Despite Rigel’s obvious skills, reported mechanical mishaps have increased over 50% in the colony.  Some of the more cynical attribute this to owner sabotage, hoping Rigel will appear to repair the ‘broken’ vehicles.

When he can be pried away from vehicle bay, Rigel can be found avidly watching the hovercar races in the bar.  Some of the few arguments he’s gotten in have been over just who the greatest hovercar driver is; Rigel will go to his grave believing it is Candace Shatz, three time winner of the Death Valley Rally.

This doesn’t mean Rigel eats, breathes, and sleeps oil.  Rigel can often be found out among the dunes, the stark beauty reminding him of his earthly home.

Latest news about the other games

As you probably know, Seasons Of The Wolf is going the final testing stage, but is complete since a week. You can play it all and read all the story and unlock all the romances/achievements, even if is still in beta.
For how long will keep it in beta? I am not sure, but perhaps it could be released next Friday, the night of Halloween! That would be cool 🙂

However I’m not in a hurry at all, I want to test it well to make sure that when I officially put it live on my site will be (almost) bug free. Which for such a big game, isn’t an easy task 😉

C14 Dating is also going very well. Deji (main artist) is doing a great job drawing some animated chibis for the schedule activities. Below you can see a WIP of the game GUI done by Therese Yucamco (who did the GUI of Nicole as well): 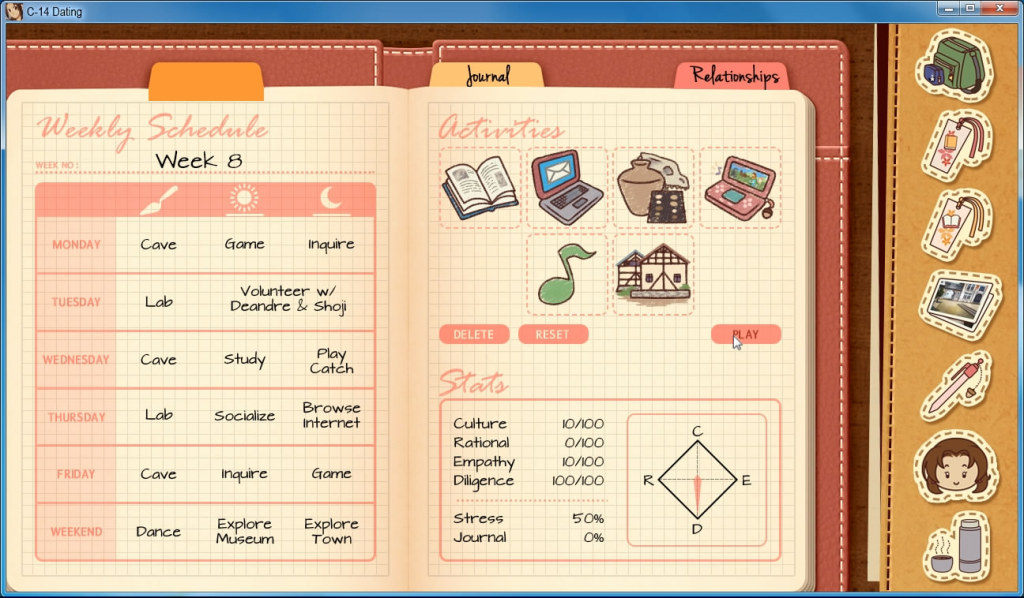 Is taken from a gameplay video so the quality is not the best, but you can see already how cool it is! 🙂

I’m working also on other projects of course, but I don’t have any significant progress to show you this week. Stay tuned for next Friday!