Yes, finally the game Love & Order, written by C. Love, is available for pre-orders purchase! You can see more screenshots and information about the game and the characters at the official page. Beside producing the game, I’ve also tested it a lot, and I can say it’s really fun and it will keep you busy for quite some time while you try to discover more about the mysterious abandoned case and at same time, pursue all of the four dateable characters 🙂

Love & Order has also an official forum now – so if you have any feedback, comment, suggestion, bug report (let’s hope not!) or anything else,  stop by my forums and write something!

A little of postmortem info about this game. I contacted Christine back in summer 2010 shortly after her game Digital: A Love Story was out. After playing it, I immediately recognized the potential that she had as game developer 😉 And since I’ve learned long time ago that my world-domination plan cannot be fulfilled alone, I asked her if was interested in writing a game for me. We exchanged a few emails and she asked what kind of game I had in mind, so I told her about several possibilities. One of them was:

“I was thinking instead of school, would be nice to have as setting work (like an office job) and have some mystery (not necessarily a murder or anything, but some mysterious event).”

And that’s how it all started. A fun excerpt from one of her emails was:

I would think maybe four dateable characters (is that a good number? three men and one woman? I really wouldn’t want to write a completely straight heroine), plus a couple of other people who work there.

(obviously had no problems with that!). There was a lot of initial brainstorming and then from about July or so it was all in her hands. She coded /wrote it while the various artists worked on the backgrounds and the character art (the character artist is the same of Remember Me, which should also be ready next month… or so).

Obviously Love & Order is quite different from Digital:A Love Story and I hope people won’t even try to compare the two games, since is like comparing apples and oranges. Our goal with Love & Order was to have a fun otome / dating sim game, with a bit of humour, mystery and lot of romance, and I think the result turned out quite good.

That’s all for now, ah no wait – I couldn’t make a friday blog without a cat picture! Here it is: 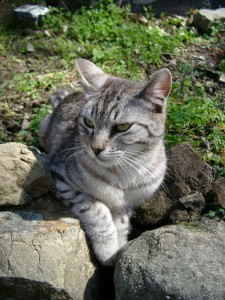 my cat Grillo seems to think “Love & Order is an awesome game, everyone should buy it!” 😉 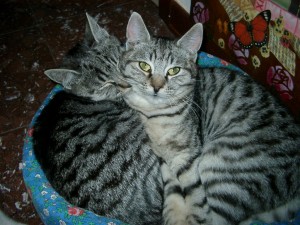 In the picture above, Grillo & Leon when they were two small kittens in my old home. They used to sleep together to stay warmer 🙂

As I’m writing this post, I’m doing the final touches to my Planet Stronghold RPG. I hoped to have the final build by now, since I set my own deadline to the end of January, but we’re almost there. In the next few days I’ll release the beta version 0.9, which will be the final build except for:

That’s it, as you can see nothing really big is missing. The final release is estimated for mid-February, though you can already buy the game now for $19.99 and save $5 on the final game price (once it’s officially out the price will be $24.99).

As the blog post title says, I’m finishing a RPG (Planet Stronghold) and starting a new one. This new RPG will be called “DIM: The Insurrection” and you can see a preview art below, with some characters that will be present in the game: 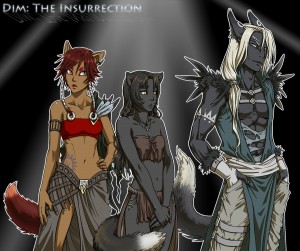 for now I don’t want to say too much, also because we’re just in the early stages, all I can anticipate for now is:

That’s all for now! Stay tuned because next friday I might even announce the official release of Love & Order. Or at least the pre-orders 🙂 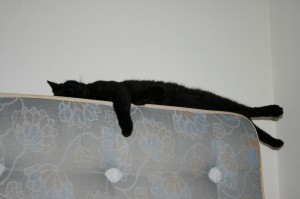 In the picture above, my cat Batman taking some time off! 😀

But I have no time to rest since this week lots happened! As you already know if you follow my twitter or read my forums, the Beta version 0.85 of my sci-fi RPG Planet Stronghold was released. So far seems people only found typos/grammar error which is good. The game has some problems running on some netbooks (I think those that have the Intel integrated videcard), so be sure to play the full demo before buying it. If you can play the game until the end of demo, you can be sure everything will work on your system.

I’ve also made a video below that highlight the new important changes of the new “aggro” system during battles:

But this week I also started testing heavily the otome/dating sim game Love & Order made in partnership with Christine Love (you might remember playing a famous game from her, Digital: A Love Story). The game puts you in the role of Dana Larose, a young secretary working for the Crown Attorney. The office setting means she’ll have several project to complete for each of the characters, that will build up the relationship with them. When things starts to go well, you might end up dating one of them and unlock one of the various endings. There’s also a mystery (a unsolved case that is not what it seems…) that the player can also personally pursue (though it’s optional).

Obviously being an alpha version it is still rough, many bugs are already squashed and this weekend I’m testing it even more. The game script is finished, and we should get new map art and the special CG scenes very soon (hopefully before end of the month), so I can say that in the end this game might even be released BEFORE Planet Stronghold! 🙂

As often happens, because something goes always wrong during game development (artists delaying, complex bug to solve, real-life problems) is almost impossible to set a fixed deadline for a game, so the solution I found is to start several games, so at least one of them gets finished! In the video below, I’m showing a short example of the kind of gameplay that you can expect in Love & Order:

That’s it for this friday. Have a nice weekend everyone: I know I will since I’ll be playing / testing this game! 8)