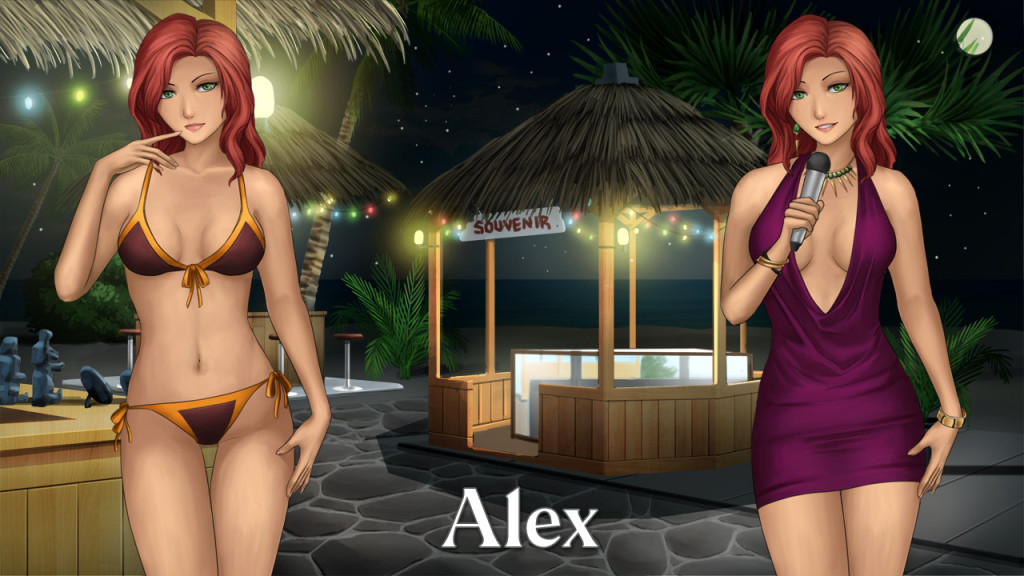 Time for another intriguing character from Summer in Trigue!! 😀

Alex is a cheerful young singer from Trigue. She started singing while a very young child and kept at it, initially simply because she enjoyed it so much. It was only after much practice that she discovered she had an innate talent for it as well. She later partnered with a friend of hers who was a skilled song writer, and with his help she is now able to make a decent living off of her voice. She spends a fair amount of time singing in bars and clubs, and really enjoys the more personal atmosphere of singing in such places.

Alex is very confident in her abilities, her looks, and herself in general, though she is not particularly arrogant. She simply feels that people should properly recognize their own talents, and that when someone denies the abilities they have been clearly blessed with, it is very depressing and sometimes even a bit insulting. So she like to dress sexily and is never shy about pointing out what she feels are the strong points of others.

Alex likes kids a lot. Despite her fondness for them she doesn’t actually have much of a desire to ever have a child of her own one day, but she really enjoys spending time mentoring or tutoring other people’s kids. She wants to be an inspiration to others, and usually succeeds at that fairly well, though sometimes some embarrassing and unfortunate aspects of her past crop up. And sometimes she still acts against her better judgment and causes complications for herself.

Alex is playful, and can be a bit absent minded and forgetful at times. This, combined with some impulsiveness, has occasionally gotten her into trouble and often earns her some teasing from her friends. When spending time with her friends, Alex enjoys puzzles and games, but in general just loves to be with them regardless of what they’re doing. If she is with some friends who are having a good time, Alex will be having a good time as well.

As you might know, I’m also doing a yaoi-only dating sim, my first one ever (there was yaoi romances in my RPGs, but never a dating sim). I have made a sneak peek of the romance CG in the image below: 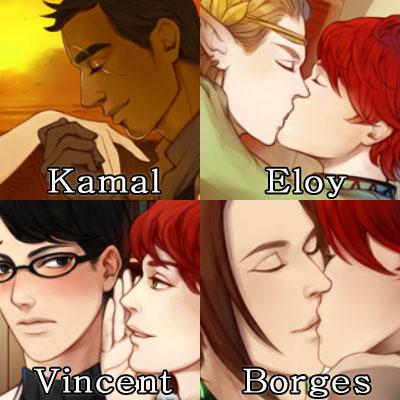 Interesting, right? 😉 Currently doing the backgrounds while writer finishes the various paths. Like all my games, no estimate release though I believe it could be out for this Summer!

7 Responses to Summer In Trigue – Alex