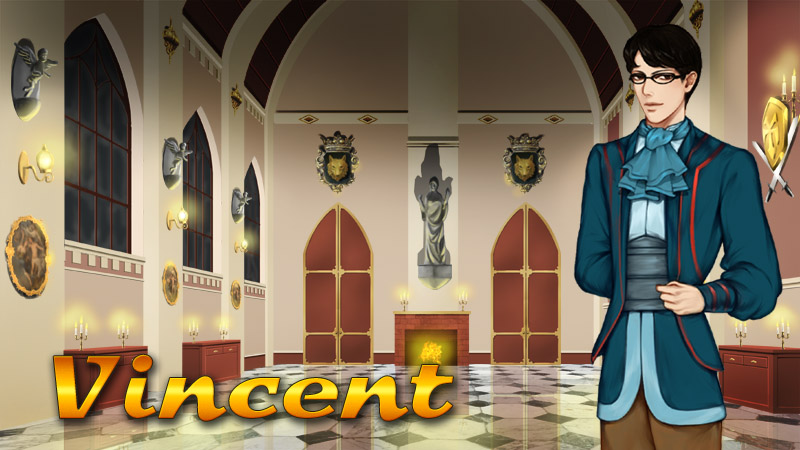 Vincent has been working for Lord Sandor since he was sixteen. He was initially hired on as a regular servant, but has since risen to the position of butler. Though it is possible he would have gotten the position by simply not quitting, Vincent has proven himself more than capable in the role.

He handles nobles well, does more than his fair share of work, and has a good head for business on top of that. Vincent’s advice has gone far in helping Lord Sandor expand his wealth, though Lord Sandor gives Vincent little credit for it. Vincent doesn’t mind though as he sees it as a normal part of his job. Lord Sandor has grown to trust Vincent implicitly and often lets Vincent take care of his daily affairs.

While Vincent excels at his job, he has a hard time navigating the world outside of it. He doesn’t really know what to do with his free time so he usually spends it completing extra work or learning skills that will help him improve his work.

Needless to say, his social life is virtually non-existent. Kamal is the only one Vincent can honestly claim as a friend and that’s only because Kamal goes out of his way to interact with him. If Vincent isn’t working, he feels useless and Vincent can’t stand feeling useless.

His greatest fear is that the people around him will consider him a bother. To avoid this, Vincent strives for perfection in all of his tasks to the point where he becomes devastated on the rare occasions where he does make a mistake – no matter how small that mistake may be.

Vincent is strict with himself, but he’s surprisingly understanding when others make mistakes. He’s quick to step in to help out when other servants get into trouble and doesn’t reprimand them if they’ve learned their lesson. He is a bit lenient in general, but he can be stern if he’s pushed too far.

Overall, Vincent is reliable and loyal. He’s a good person to have on your side.

More progress on the other games!

I’m making more progress on Queen Of Thieves, the skilltrees are basically done. I had the idea to use Hands Of Fate (not my Heileen 2 game, that popular roguelike) card system for the exploration: instead of cards, will be rooms of the various buildings the girls will explore trying to rob rich people. Each room will have a surprise (both positive or negative) randomly chosen from a set of possible events. I think done this way it’s more “casual” and easier to code than an isometric map 🙂

I still have some great isometric tileset done by artist that I’ll reuse in other fantasy games.

Next week I’ll also begin talking about my CYOA game “Cursed Lands” with some previews and more info about it!