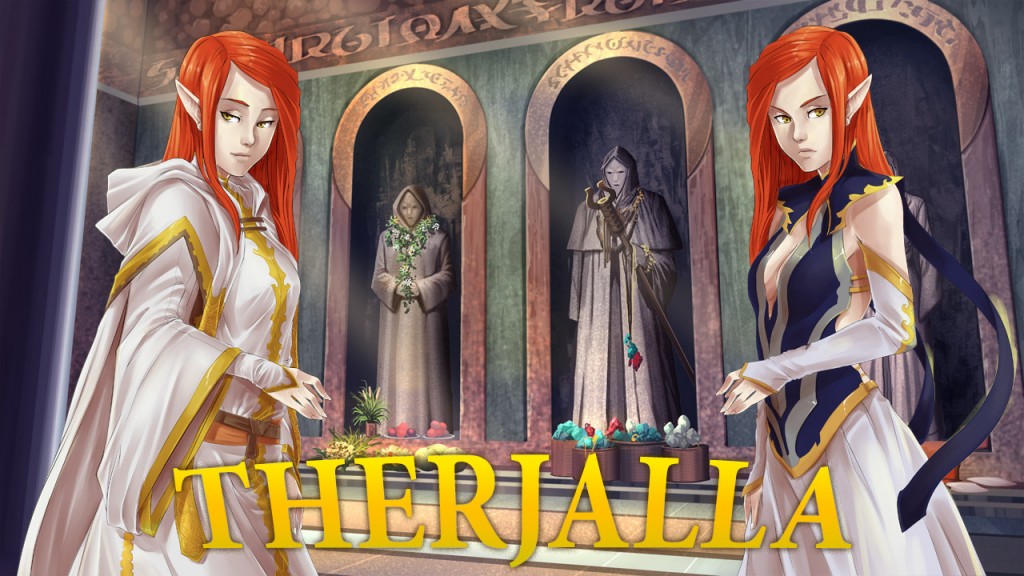 Therjalla is the only elf romanceable character of the game, so already for this rather unique, but I also like a lot her design, I think artist did a great job with her 🙂

No one really knows who Therjalla is apart from being Ahkra’s new healer. The old and much maligned healer died very suddenly a couple of weeks before the sisters arrived in town, and the priests of the temple begged the traveling elf to stay on as temporary healer, until a replacement could be sent from the order’s headquarters hundreds of miles away. She agreed to do so, as despite being a scholar first, she still held to her vow as a healer, and could not let the people be without one for however many weeks it will take for a replacement to be sent.

Outside of healing, Therjalla keeps to herself at all times and talks to no one, except to collect various supplies she has brought in, to aid her research into the various herbs and plant life of the world. Several people have spotted her roaming the woods at night, collecting samples and carrying them back to the temple where she stays, but what she does with them nobody knows.

Many mistake the scholar for being cold but she is nothing of the sort. Therjalla actually cares a great deal about people, she is just not a particularly expressive person. She does not think there is anything wrong with this, and makes no effort to change her demeanour to suit others.

Speaking of this game, this week started working on the last part of gameplay missing: the “robbery missions”. 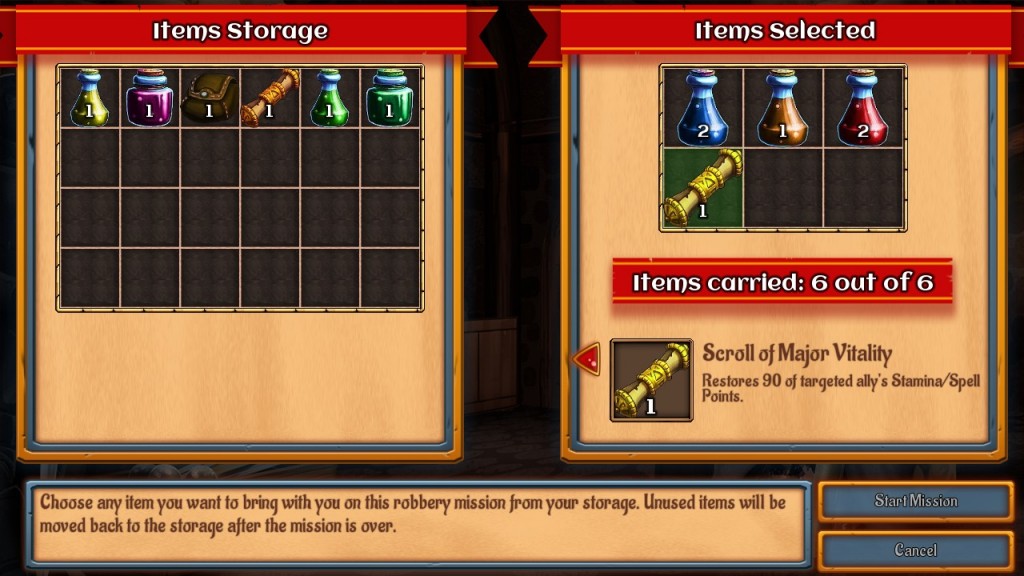 In the image above you see the pre-robbery setup screen, where you can choose which usable items to carry with you. Yes, because differently from my previous RPGs, you have a limited amount of items you can carry with you (starting at 6 in Easy, to get as low as 3 in Nightmare difficulty). This was added to solve the problem that had in both Loren and SOTW, that is you could stock up a big amount of items, like bombs, and then kill even the most powerful enemy just using them (in SOTW there was a clever AI so it wasn’t always possible, but it was still unbalancing a bit, giving a clear advantage to Thief classes).

Now don’t think this restriction will make the game much harder or less fun: it will still be possible to win using the right item at the right moment, and since you are fully healed (both in HP and SP) after each battle, you don’t need to fear entering in battle already injured (like could happen in SOTW).

I wanted each item and decision to use one, to be more meaningful/important, and this way I think I’ve achieved my goal. Also, class restrictions have been removed, even a Mage like Joanne knows how to throw a bomb! 🙂 This mainly because with only 3 playable characters, having a limit of items usage by Class would have been too much.

Work on the other games goes on as well. I’ve commissioned new GUI for a few of the games in progress, like Summer In Trigue, which you can see below. I particularly like the star-shaped menu choices and the new dialogue window 🙂 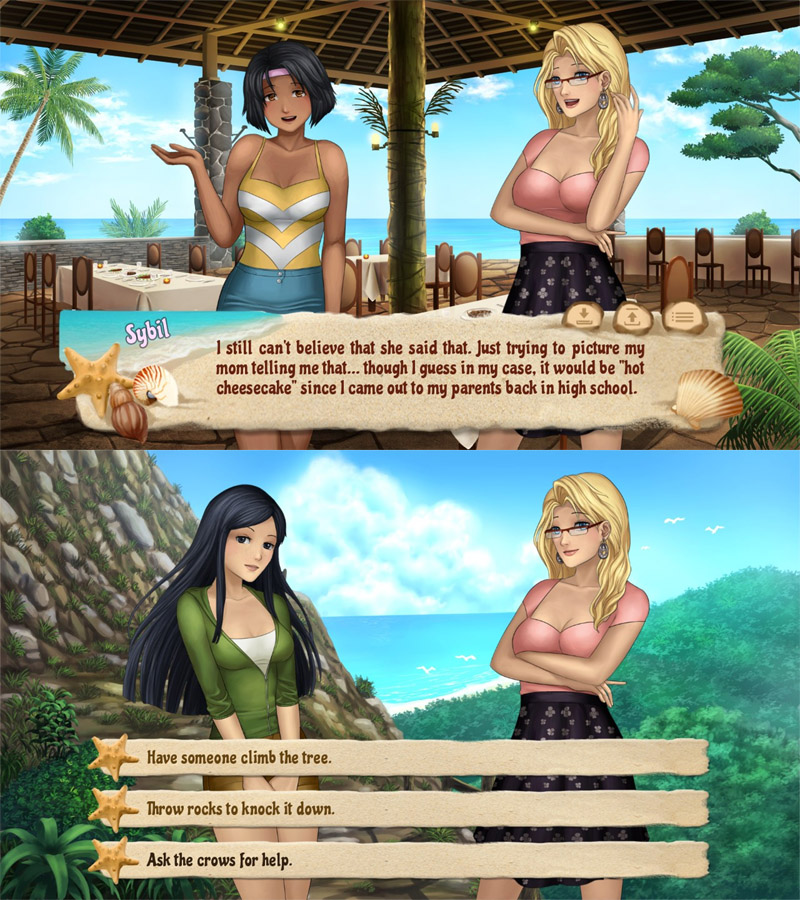 This entry was posted in dating sims, queen of thieves, roleplay games, Summer In Trigue. Bookmark the permalink.

3 Responses to Queen Of Thieves – Therjalla