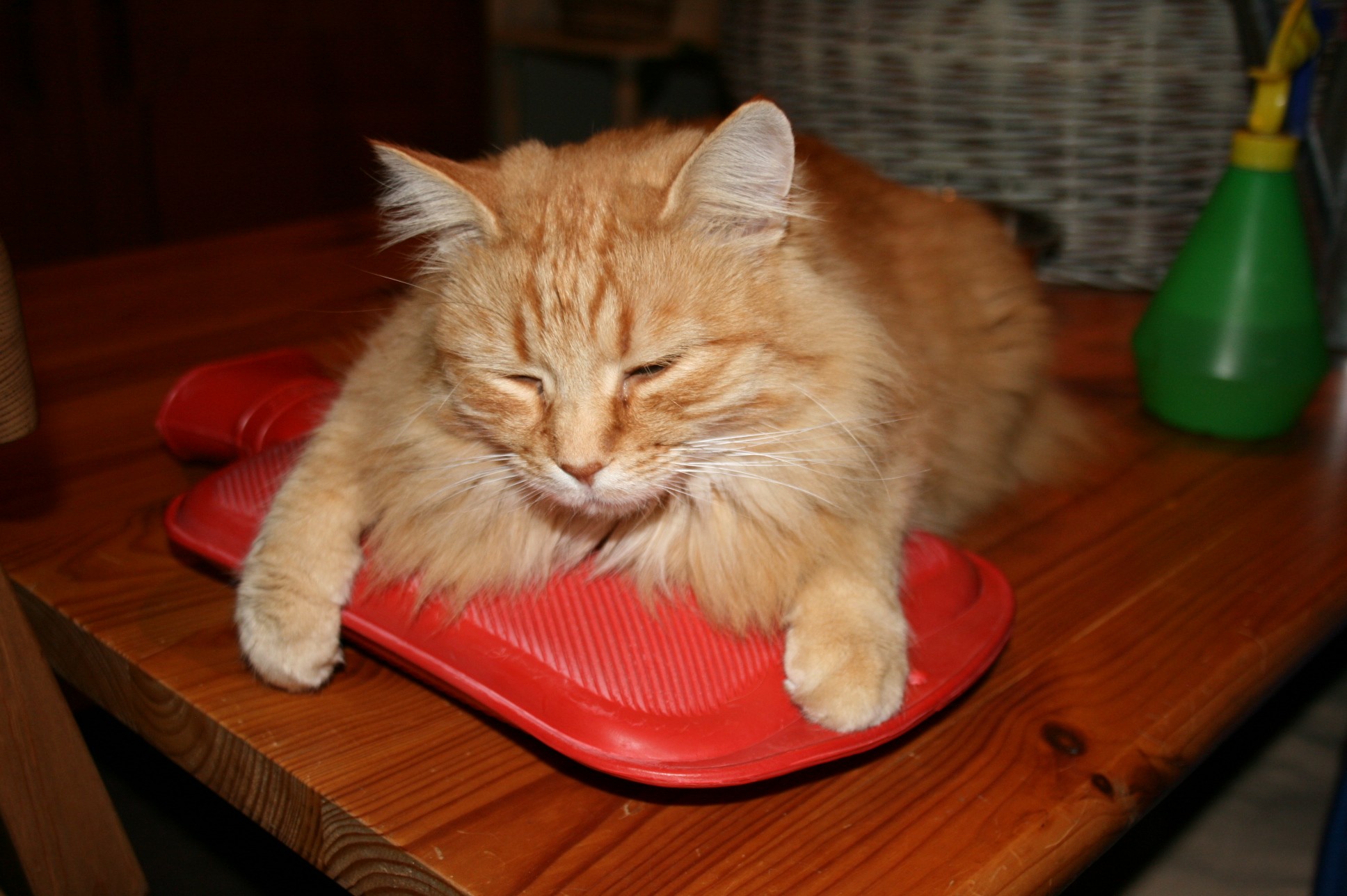 In the picture above my cat Gilda sitting over a “hot water bottle” (hope to have found the right word!).

Yes because at the start of the year, for the first time in the last four years, I got the flu and high fever! So I had to momentarily pause my work. At the moment of writing this post I still don’t feel really well, but at least it’s an excuse for typos/grammar mistakes 😉

I think this was a sort of warning. In 2011 I worked like NEVER before, but since I’m human, in 2012 I plan to take things more relaxed. Don’t worry this doesn’t mean I won’t release any games or slow down incredibly! But thank to the effort of the previous years, I’ll be able to release new games reusing good part (or almost all) of the code I’ve already written, speeding up the process.

This is a commonly used tecnique, even in the top AAA games. Making a new game from scratch is one thing, but doing one with already a solid code base, even if of course needs to be changed, expanded, redesigned, is much faster, believe me!

Loren The Amazon Princess uses a new RPG Framework, but luckily the big part of it was written in past year by Michael (also known as “Anima” in some forums). There’s really not much work left, and what I have tested so far seems to work very well apart some inevitable minor bugs. I spent most of this week redoing several times the battle screen layout. 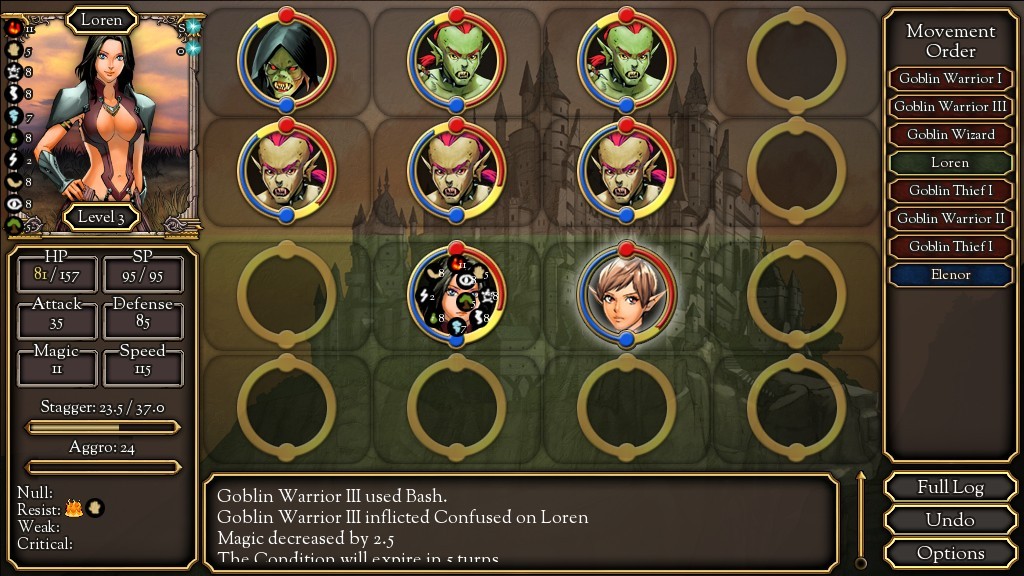 In the image above, an almost final GUI layout. But as the user “Foxfeeder” rightly pointed in my forums, it’s a pity to use those small portraits, when I have such well done waist-up images of all party members and enemies! So I’m going to tweak/change it again next week as soon as I can resume working.

Planet Stronghold: Warzone will obviously reuse the first game code, but with some improvements that will have a big impact on gameplay, like area of effect Psionic Powers. Even in this case luckily, I did most of the update last year, so there’s “only” the story to write and the item/enemies. Still quite a lot of work, but should be done before the year ends (don’t want to say this Summer even if I hope to)!

As promised, above you see a “sneak peek” of Joshua possible romances. What do you think? I believe the sequel will satisfy everyone and every tastes 😉

Nicole, (the Mystery/Otome game), Amber’s Magic Shop and Roommates (set in college with all romance options available) will use Always Remember Me interface with some changes, so that each game will feel somehow unique. In Nicole I plan to put some clue system, in Amber there will be a potion brewing simulation, and in Roommates you’ll be able to take different jobs based on some of your statistics.

Heileen 3: New Horizons will use a scheduler similar to Flower Shop games. There won’t be any farming simulation, but other mechanics. Some coding will be required, but at it’s core is a Visual Novel, since the first two games were “pure” Visual Novels I didn’t want to transform it into something too complex. There will still be stats, relationship system and other things though 🙂 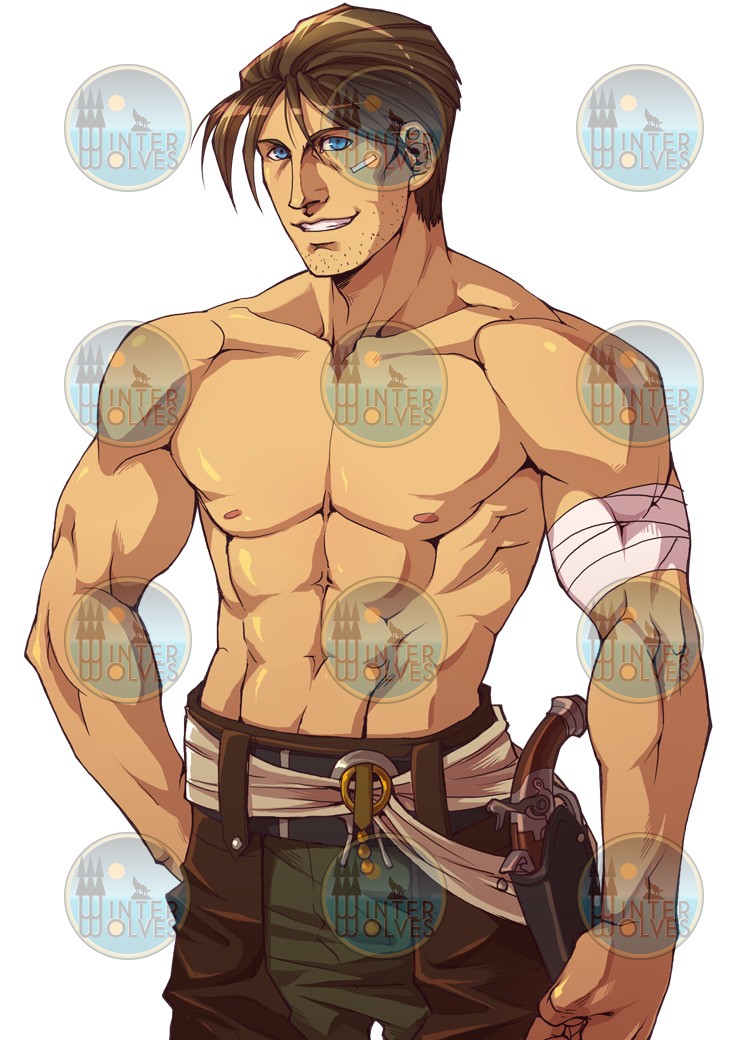 In the image above you see Sebastian, the “new entry” and 4th male dateable character of the game. The artist Rebecca will be working during January-April of this year on the art for the game, I saw the preview of the romance CG for John – Heileen and is very interesting 😉

If you follow me and knows all the various games I’m working on, you might have noticed that from the list above is missing both Undead Lily and Queen Of Thieves. That is because they are the games which will require more brainstorming, coding, and testing, since will use very different gameplay mechanics:

The Queen Of Thieves will use in part a map/life sim, but also several new gameplay methods. I have already in mind some interesting ideas for it, but I think will either find a coder for it, or if I need to code it myself will take some time… 🙂

Undead Lily is almost finished art-wise. It’s missing only a few backgrounds but all the character art is done. However, I have an idea on how to make it, but I am almost certain that it cannot be done with Ren’Py (maybe using some black magic with the Sprites class… but I don’t know how!). So I might even do this game with Flash or some other language. I had started making it already but I paused it, since I want to make the game the best I can.

This entry was posted in development screenshot, loren the amazon princess, queen of thieves, roleplay games. Bookmark the permalink.