First of all, I redid my website layout, I think is much better and functional than the previous one (the shopping cart layout needs to be updated but don’t worry, it works fine and is safe!). Second, the big update for Planet Stronghold is now out of beta, so you can grab it from the official page: http://www.winterwolves.com/planetstronghold.htm

Third, it’s been a while since I last posted a cat picture and did a progress report of all my games, so here we go: 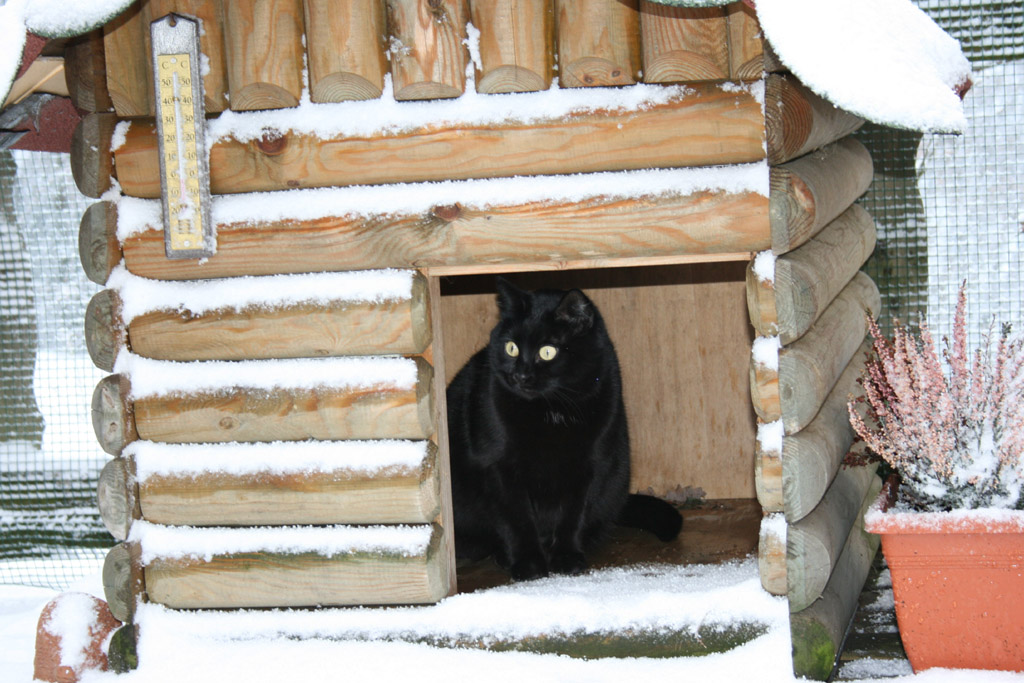 In the image above, my cat Tofu looking at the snow from her little wooden house

As you know I have always several projects going on at once. Let’s make the point of the situation. I’ll try to order the games in the orders they’re likely to be finished, but of course it’s not a definitive list:

As you know everything is ready, but there are some serious plot bugs. Hopefully out at the end of this month, at least the beta testing stage!

The otome version is at a very good point. It has all the characters/background art, and it’s only missing the soundtrack (but that can be done in 2 months) and the writing. After that is done, I’ll need to put together the gameplay, but shouldn’t take long since will mostly reuse the one already coded for Always Remember Me.

Even this game is at good point, but since is very big, it will be probably out after Nicole. Story-wise there’s the last part left to write, but then we’ll need to playtest/edit everything so that’s still a lot of work. All the backgrounds are still missing, though I have already contacted a person to do them, and we decided to add several more CG images for the Spring Break event where most love-stories will really begin to flourish 😉

Then there’s still the soundtrack to do, which very likely will also consist of a theme song, since one of the characters of the game (Max) is a singer in a band.

This is a very ambitious game, so while a good amount of work is already done, like all the romance scenes, we will add more enemies and probably camp talk images like those that will be present in Loren sequel. The RPG framework is also being rewritten completely and will take some time because the coder want to make it more flexible than previous one (so it can be adapted and reused for future games better).

Even if I don’t have time to post regular updates, progress is being made for Amber Magic Shop, Queen Of Thieves, Roger Steel and all the others 🙂