If you follow me from the early days you already know that I like to experiment. I like to mix game genres, or at least try new things/features in existing genres.

That’s what for example pushed me to add the Social Boss Fights in Bionic Heart 2. By the way the official video is now on youtube, see it below:

And is why I’m trying to add a simplified (it won’t be Sim City of course!) colony simulation metagame in Planet Stronghold 2: 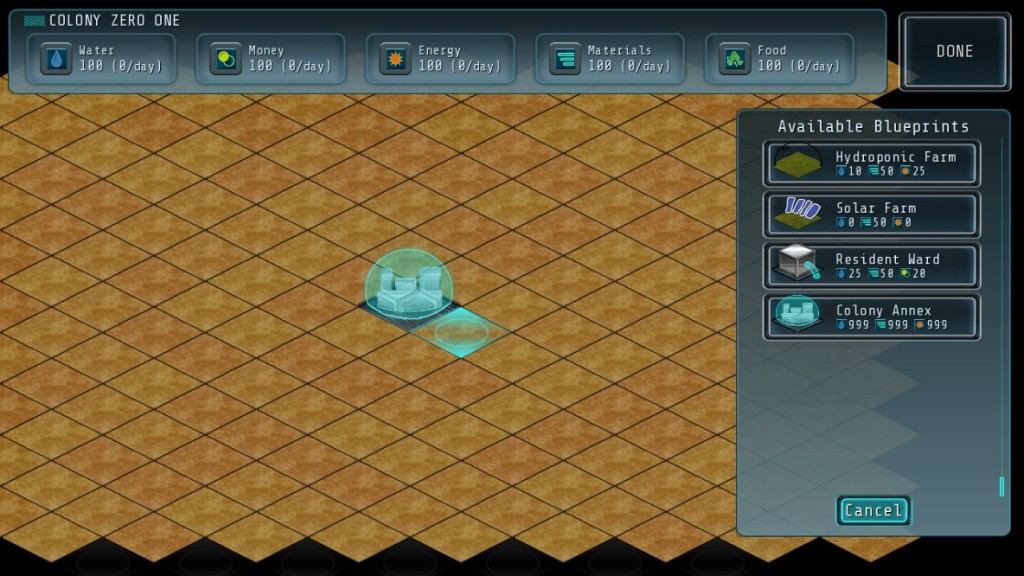 As always they’re early work in progress screenshots, but you can get the idea of what we’re trying to do. I think will be interesting to integrate the colony sim with the RPG gameplay. While we’re still working on the details, there will be some influence of the RPG part to the colony sim and vice versa.  Of course playing in Easy mode will reduce the overall difficulty, while playing in Hard mode might be interesting since you’ll have to balance both the RPG and colony building simulation aspects.

Many quests will be directly linked to the colony expansion (like acquiring new blueprints to build new building), so it will also work plot-wise.  You can see now why Planet Stronghold 2 is taking so long, it’s definitely an ambitious game! 😉 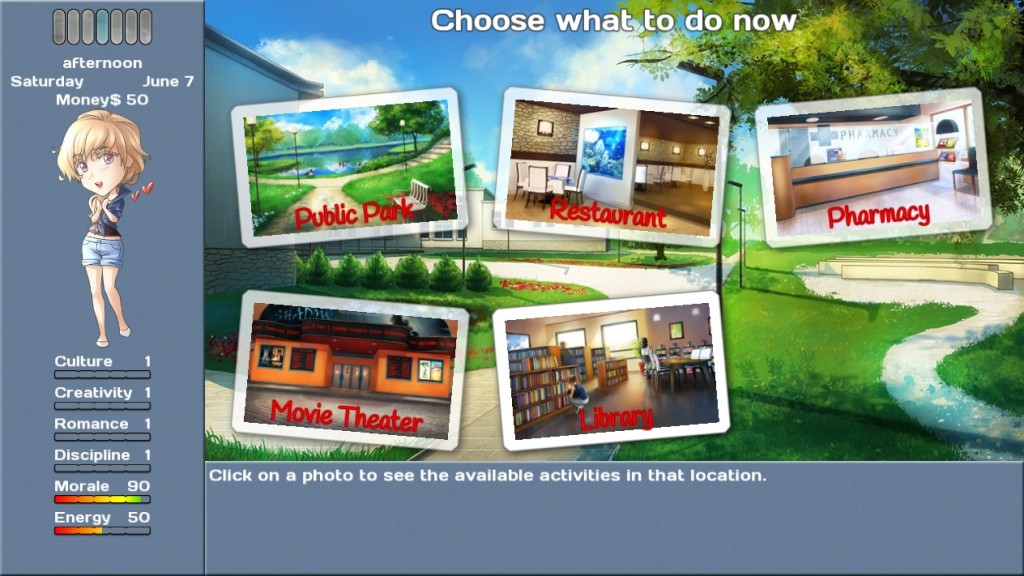 I’m going to try to experiment also on the plot: I thought today that rather than having a “alone ending” if you fail to romance anyone, the game will end in a different way… since there’s an abductor in the campus, the final scene will see our poor Nicole being kidnapped (of course without revealing who it is, so doesn’t spoil the fun).

More scary than the usual otome games? well for sure, but I think will be very interesting…mouhahaha 😉

13 Responses to Experimenting is fun