Where On Earth Is Undead Lily? 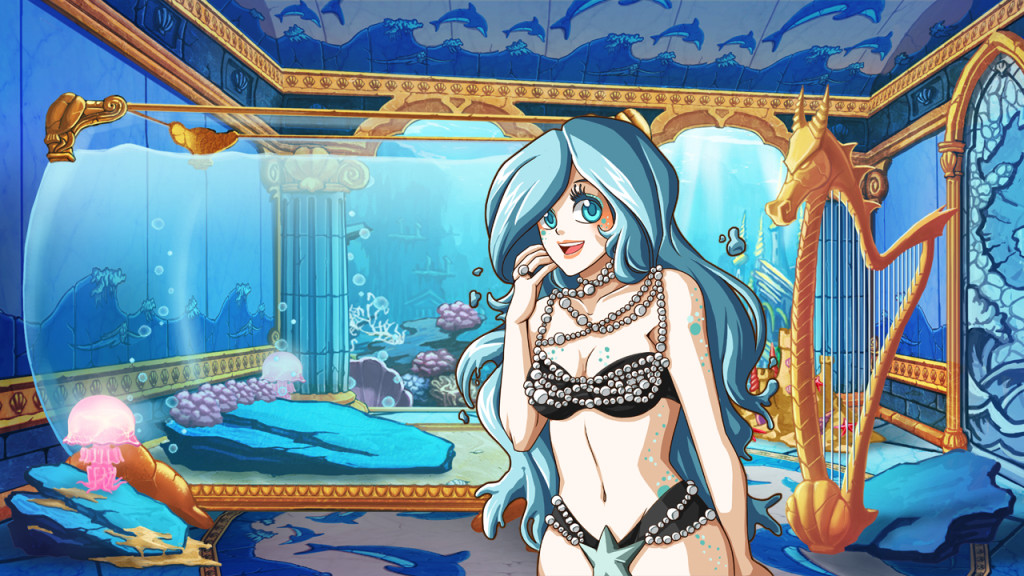 Do you recognize her? it’s Aquaria, one of the superheroes of the Undead Lily game

In the blog title, I paraphrased the famous game “Where In The World is Carmen Sandiego” 🙂 The reply to the question Where On Earth Is Undead Lily could be “she went on hiatus for a year or two but now she’s about to come back!”.

Yes, because finally all the backgrounds for the game are finished (that artist was busy doing Loren GUI and other things, so wasn’t his fault), and even if I asked the original character artist to redo the final romance scenes, work on the game can start already.

I’m still in the planning stage for now, but I really think that I’m going to make it a bit different from the original idea. A tag-team battle, arcade style wouldn’t really be simple to do in Ren’Py, and since those games are all about the animations, it’s definitely not a good idea. So I’m just going to make it more RPG-esque! 😉

In the game there are 12 characters, 6 “evil” and 6 “good”. That would be already enough to do a classic party-based RPG. However, since there won’t be a real exploration but more like a sort of big “map” where you move your units each turn (who remembers the old game “Archon”?), I think I’m going to make it similar to a collectible card game, where each character can learn to summon creatures to help them in battle, starting from low level ones to big powerful ones.

So the idea for now is to allow a party of max 2 superheroes, each one able to summon several “elemental minions”. Or maybe only 1 superhero each battle, as always will have to see while playtesting what is better.

I’ve been also experimenting more with the “topsecret” RPG set in Aravorn. I had a brilliant idea (modestly MOUHAHA). Take a look at the screenshots below: 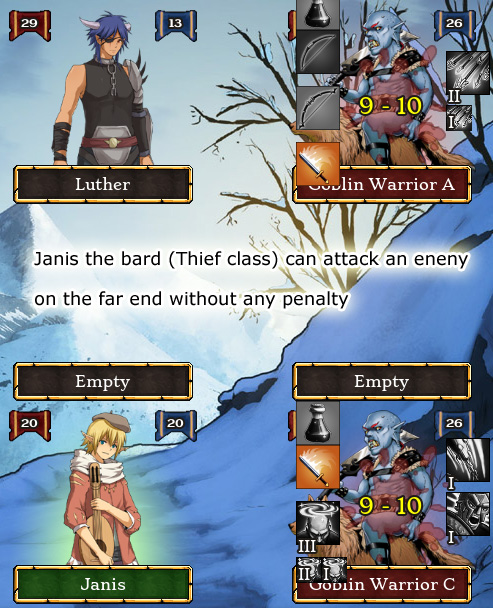 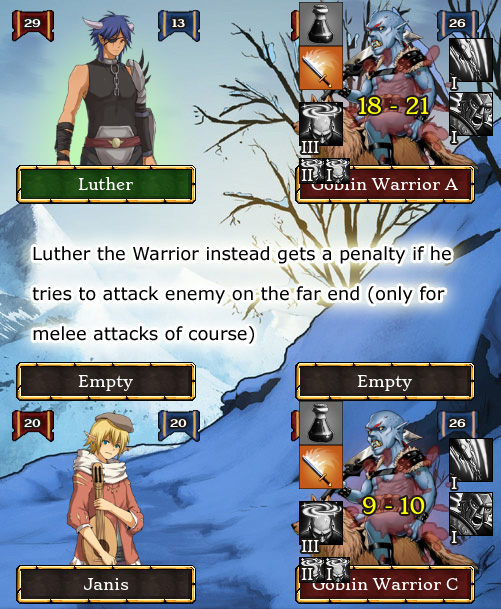 As you can see, the position on the battlefield will have a big impact on the gameplay, and the Thief will have a special bonus vs the Warriors being able to always attack without penalty any enemy, no matter their position. This small change should lead to interesting decision during the battles, and finally give some use of the thieves in the front line.

I had other ideas like some random special zones on the battlefield that would give bonus/malus (like a rock area that increases defense, a mud area that slows character down). But have yet to see if they’re easy to implement. Anyway as you can guess I’m having some fun experimenting! 😀

But that is just a side-project. On Planet Stronghold 2 side, Anima is going forward coding the new RPG framework that will be awesome, with lots of new features, while Aleema is doing her great job as always writing the story. I can’t wait to reach the demo stage with this game to show it to everyone 😉

4 Responses to Where On Earth Is Undead Lily?