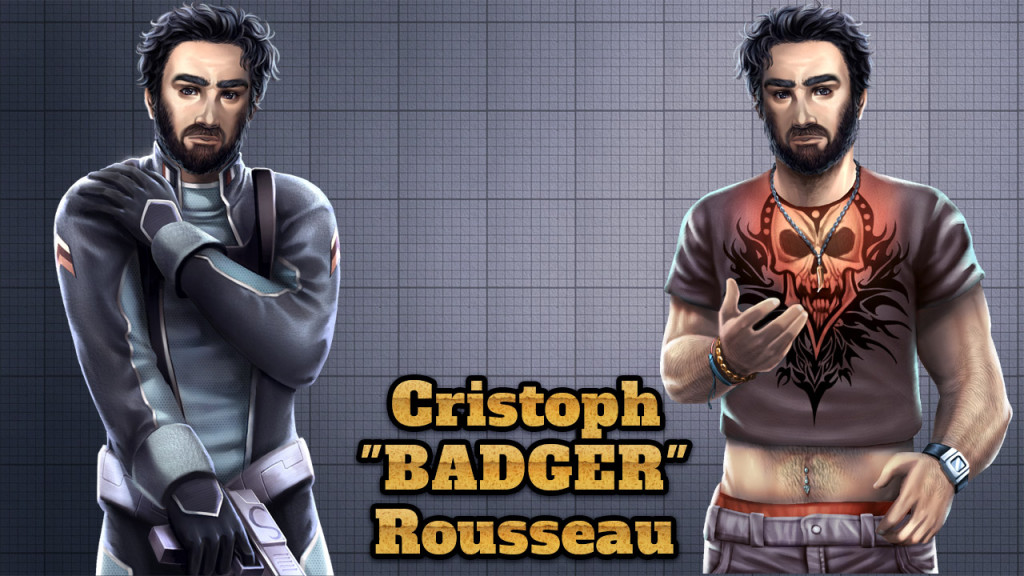 After seeing all the romanceable characters (at least in the base game… who knows, maybe if the game does well, we’ll be able to do some future DLCs!) time for the other team members. They’ll be present in the story and the fights, and each one has his/her own specialty. Let’s start with Cristoph, a “dark” character!

Description:
In almost every outfit, there usually is someone with ties to some rather unsavory people and organizations.   Christoph fills this role rather aptly.  If you need to get something, and can’t get it through legitimate channels, then Christoph can make it happen, for a price.

In fact, it was the search for personal wealth which led Christoph to join the military.  While he doesn’t particularly care for fighting and killing, Christoph’s current position affords him too many opportunities to enrich himself.

This isn’t to say Christoph activities didn’t create some enemies, but assaulting an imperial squad is outright suicide.  Those few people who did press the issue…well, Christoph definitely knows where the bodies are buried.

Some might consider Christoph a coward, but this isn’t true.  He earned the nickname Badger when he was in the middle of his mining shift, when a hole appeared on the side of the passage, and an Apex warband emerged.   Thinking quickly, Christoph used his equipment to weaken the ceiling, burying aliens under a ton of rock.

If Christoph has a weakness, it would be gambling.  He always has a deck  of cards, or a set of dice on his person, and can be found starting a pick-up game when things go slow.

Work on the other games is going forward quite well. The SOTW DLC has been fully scripted, so now is my turn to add the battles and test. It’s still missing some art though, but depending how the artists/colorist go, the DLC might be out sooner than I thought 🙂

Here’s the intro scene…but what he is writing about? 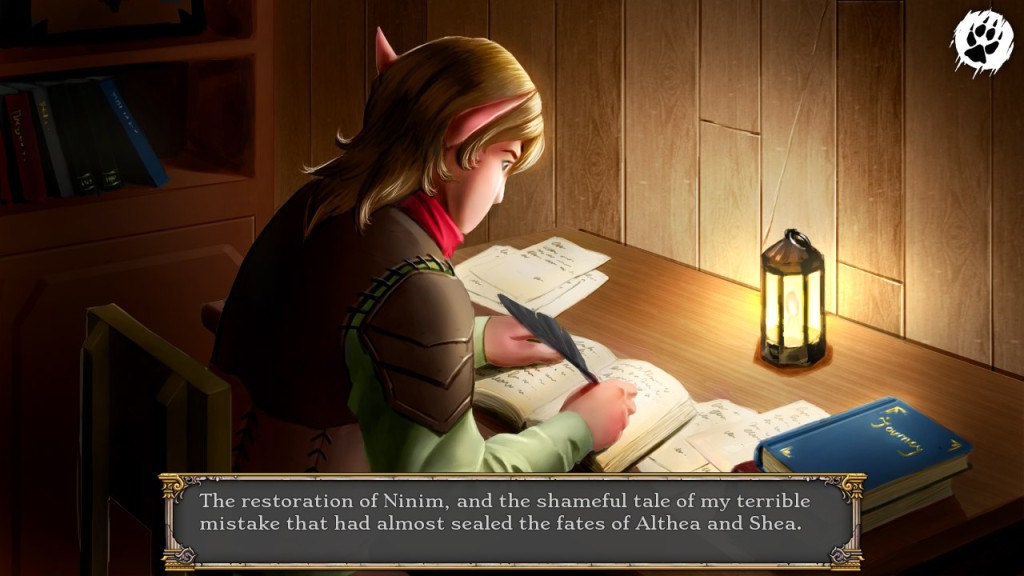 “…my terrible mistake that had almost sealed the fates of Althea and Shea”! Wow, Jariel, what did you do? Soon (well, this year, not very soon!) you’ll discover it 😉