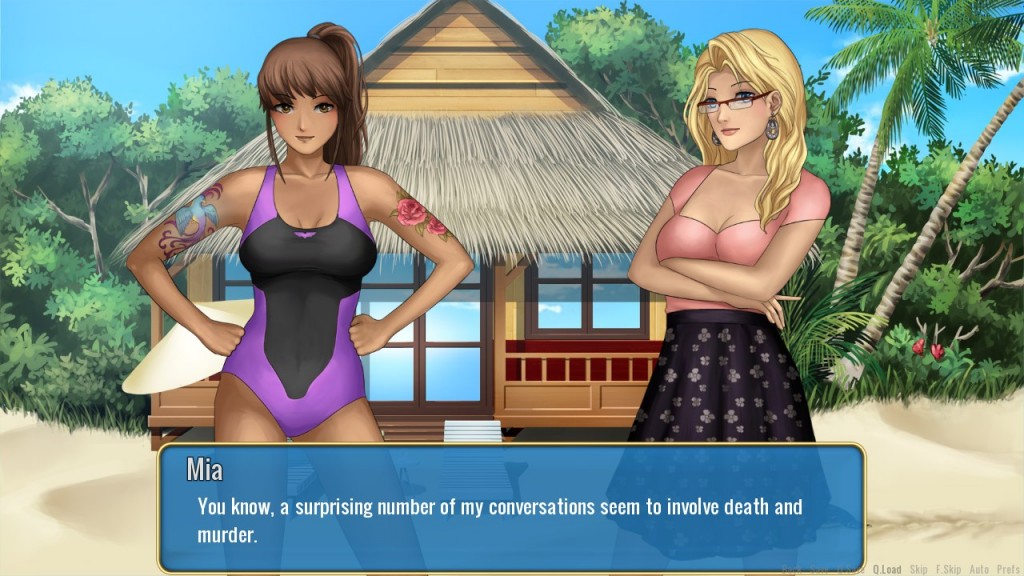 What is better in this hot day of August to introduce a “hot” girl from Summer In Trigue? 😉

Mia is an outgoing and athletic woman who works in Trigue as a tourist guide and instructor for several activities. This is much to Mia’s liking, for though the work can be tiring, it allows her to constantly experience the beautiful sites that can be found in Trigue. Mia loves the outdoors and is especially found of scuba diving, and so she is super happy to have been born and raised on an island like Trigue.

She also likes living in Trigue because the island’s name lends itself to puns. Mia is a huge pun lover, and enjoys making her friends groan with them. Her overall sense of humor is a bit dark, and she often jokes about how her job lets her know the perfect places to hide a body. At least most people assume she’s joking. She is pretty frightening when angry though…

Mia loves spending time in nature, but she has other hobbies. She is a fan of books, particularly those that have dark and disturbing stories with a hint of optimism. She also really enjoys watching terrible movies and laughing at them, especially if friends and alcohol are involved. And she has an interest in art, especially tattoos, and though her own skill at drawing is pretty basic she is interested in learning more.

Mia’s work with tourists often has had her interacting with stressed out couples and families, and so she has seen how ugly things can get between the people closest to each other. Her own personal experiences with both romance and family have also been complicated, and they have left her a bit jaded and cynical. But she doesn’t let that color her interactions with people, and tries to remain friendly and pleasant most of the time.

After almost two months of “forced break” due to the crazy climate here (every day was over 35°C !!) I’m slowly getting back into the swing of things. Currently coding the sixth level of the catacombs, where things starts to get tough: 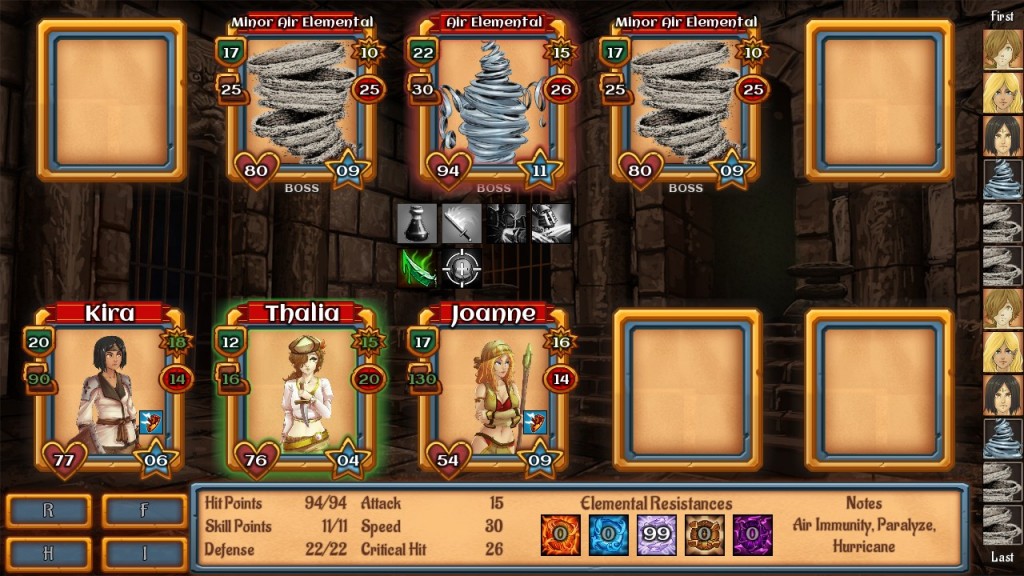 The minor elementals that were boss fights in level 2 are now regular enemies, and they brought their “big brothers” this time! Don’t worry thought since I’m testing the party progression for each level, battles should be balanced. It should be 3 party levels each catacomb level, so something like:

Of course that might be slightly tweaked during the testing, but I don’t want the player able to “clear” the catacombs in one single try. Something to do in-between the various robbery missions. Also they’re optional, so not required to win/finish the game.

Writing is going well too, the only thing slightly behind is the art, since usually I liked to have it almost finished at this point. Anyway, beside the ending CGs, the base game art is basically done 🙂

This entry was posted in dating sims, development screenshot, queen of thieves, roleplay games, Summer In Trigue. Bookmark the permalink.

8 Responses to Summer In Trigue – Mia