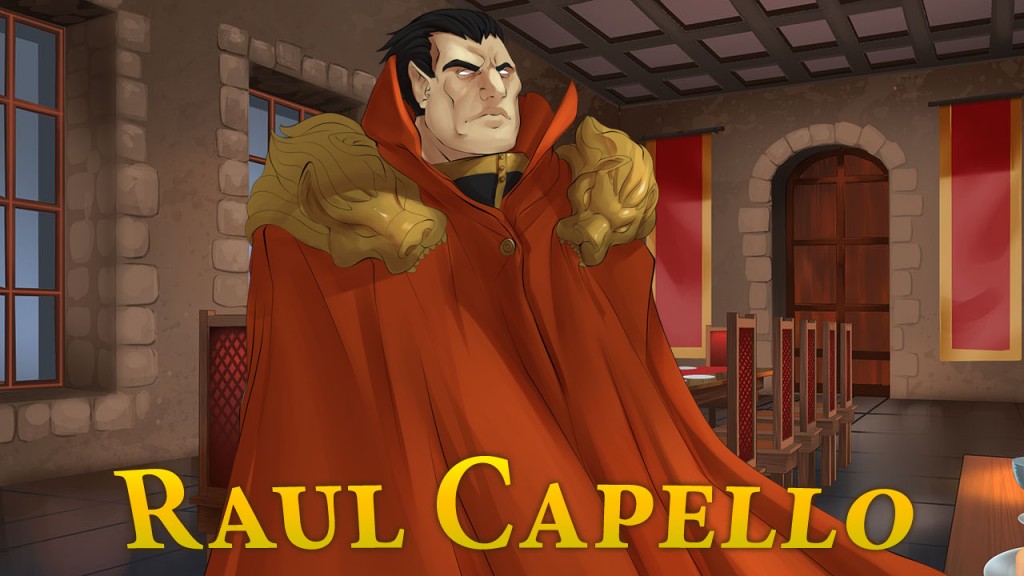 And now, the last character introduction for Queen Of Thieves. If you thought that Tomas Jingoli was bad, read Lord Raul’s profile…

Raul is the latest head of the powerful and wealthy Capello family. They have ruled the city of Ahkra and the surrounding country for nearly twenty generations. As the next heir, Raul was raised to be merciless in the execution of his responsibilities and to brook no compromise with any of his opponents. He had maintain the pre-eminence of the Capello family at all times even if it meant trampling over the innocent. Any costs was worth protecting the strength of the family and, by extension, the country itself. Raul took to these lessons easily and quickly gained a reputation for being ruthless even by his family’s standards.

When he took over the running of the country, he quickly started stamping down on any perceived rebellion whether real or imagined. To maintain his armies, he increased taxes and began hoarding the money to pay for the many ‘projects’ which he believed would ensure that his country would be forever the strongest and most prosperous of all. While he was bringing in all this money, he was sure to send some of it to the nobility to keep them on side as he knew upsetting them could destroy his rule. This led to the poor complaining that only they were suffering from his taxes but he ignored their please. They did not understand he was ensuring their future prosperity and only cared about themselves.

In person, Raul comes across as a rather charming albeit intense person. He is utterly convinced that his actions are correct even if he can see they are hurting others. There has only been one person he has truly loved in his life and that person broke his heart by rejecting him. He has remained single ever since, apparently uninterested in finding himself a wife. The lord claims finding a woman would distract him too much from his grand work but others suspect he might have something, or someone, else that is distracting him from the important task of creating an heir. 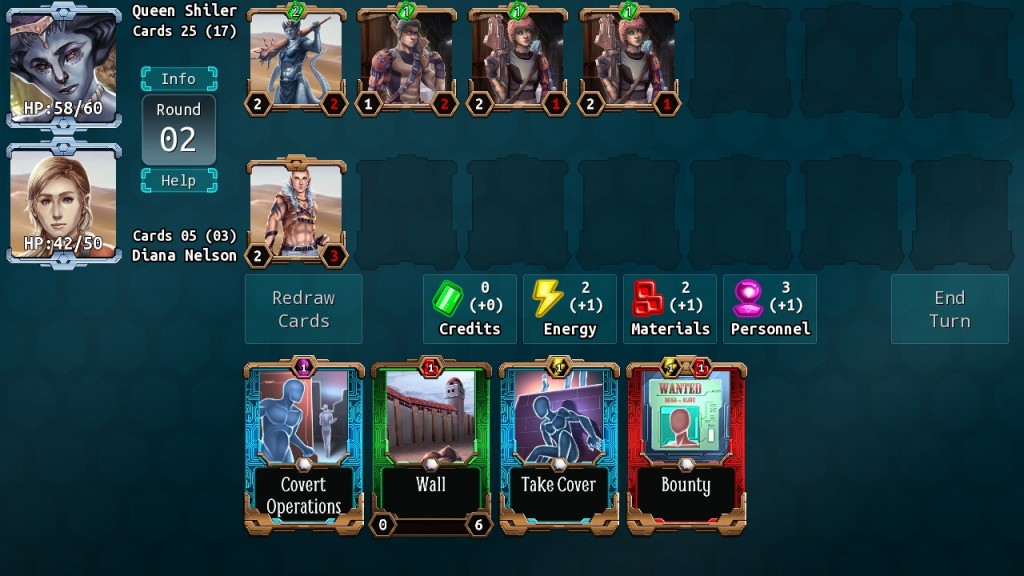 One of the many changes: showing the enemy bounty value directly on the battle screen

So even this week I did yet-another-insanely-big update to PSCD. Seriously the changelog is pages-long!! 😀

I must confess that it’s a sort of deja-vù, it brought me back memories of last year when was going insane with SOTW. But in reality, it’s not that bad. The “self-contained” nature of the card games makes it a bit easier.

Don’t get me wrong, the PSCD system is really complex, for sure the most complex framework/engine ever made for my games (and I dare to say of all Ren’Py games, since I’m the only one using it to make unconventional games! lol).

But if I compare it to a RPG, I don’t need to worry about several things:

– characters level up. I added an upgrading system on my cards, but is only 3 levels.
– skill balancing. Each card has an ability, but it’s fixed. Compare it with a RPG, in which the party skills can change based on players choices or skills will unlock with certain prerequisites!
– inventory/items. Doesn’t matter if you have a RPG with 10 inventory slots, or just 3. Still, players can swap the items and lead to different results & combos.

I’ll stop here but you understand what I mean. Doing a card game is easier than a RPG (luckily!). I’m working hard to meet the January deadline, but I think in the next weeks I’ll slow down, since I feel a bit burned out, and I don’t want that to happen again (it happened after SOTW last year and early this year). 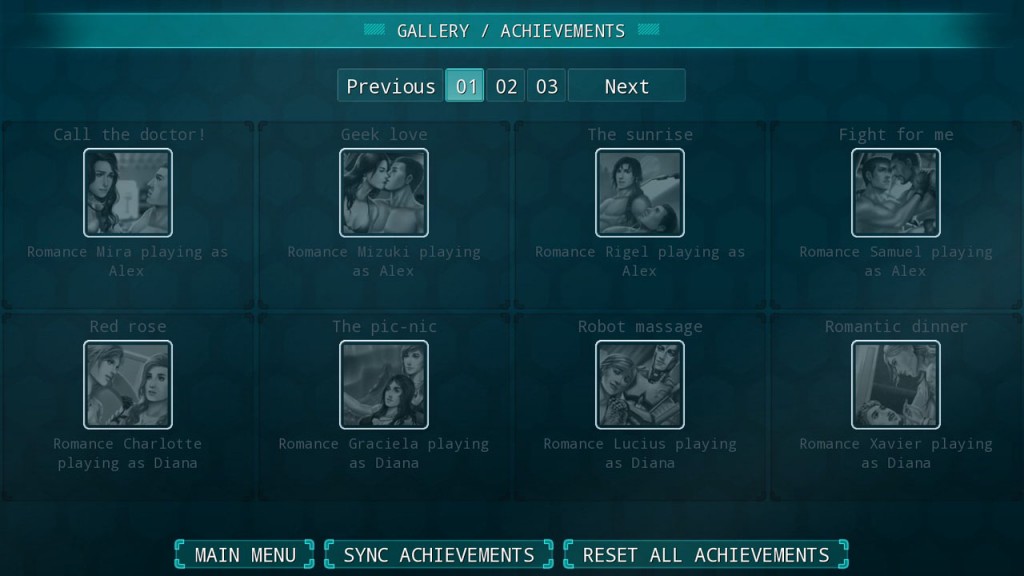 In the last 2 days for example I coded all the romance CGs, achievements, gallery screen and jealousy scenes, and tested them all. It was relaxing and fun, because the jealousy scenes of this game are awesome. Here’s a screenshot: 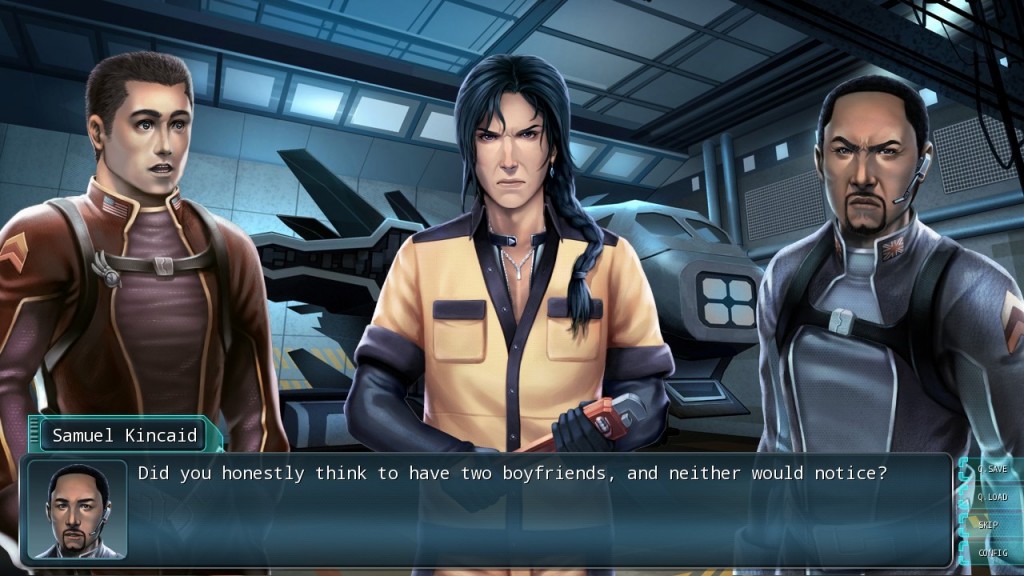 Haha I love their grumpy/angry faces! and Alex’s shocked one… 😀
(also, what is Rigel going to do with that big pipe wrench? watch out, Alex!)

5 Responses to The Queen Of Thieves – Lord Raul Capello