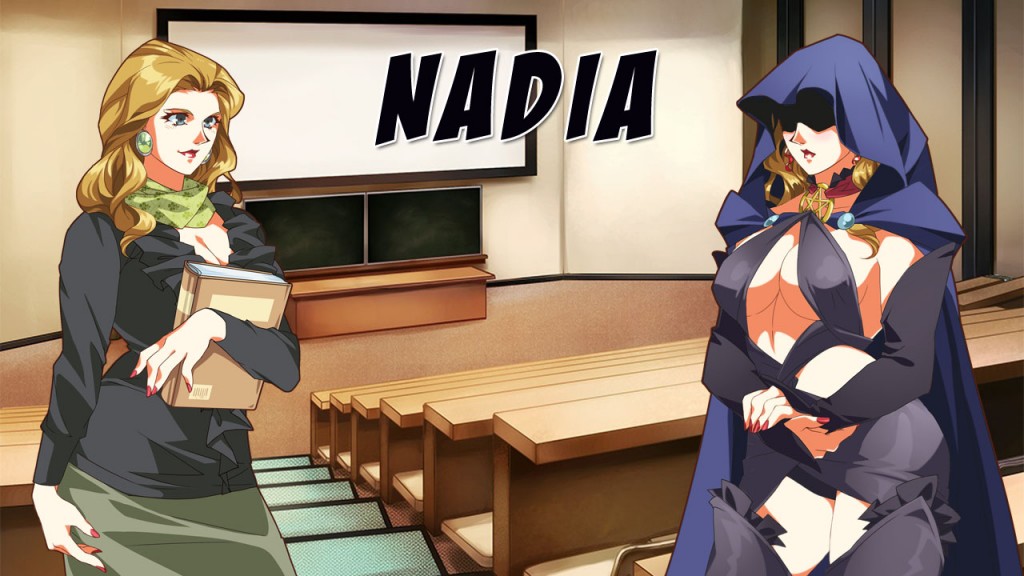 This will make many male players happy! Nadia is a COUGAR romance option!

If you played my older games like Heileen or the famous Loren Amazon Princess, you already know about Lora and Karen, two cougar romance options: but only for female players. So this is officially the first time that there’s a cougar romance for males! Hurrah!

Her name is Nadia. Now, let’s introduce her properly:

A vivacious woman, Nadia is a professor of Mythology and Occult Studies at the local university.  Nadia is a favorite among her students.  Her classes are as likely to do hands-on fieldwork such as investigating supposed haunted houses as they are to regurgitate facts from a textbook.

This isn’t to say Nadia doesn’t have her detractors.  Some of this comes from academics who suggest it tarnishes the university’s reputation when some of their faculty participate in pseudo-science at best, and utter lies at worst.

These complaints usually go nowhere, though.  For one thing, Nadia’s scholarship is impeccable in her formal papers.  For another, the more ‘fannish’ books she writes bring a level of fame and revenue that the university definitely desires.

This state of affairs amuses Nadia, though, for as she personally knows, magic is real and a source of real power for those with the will and knowledge to wield it.  This isn’t to say Nadia has no use for science, far from it.  After all, if you must defend yourself, a gun is much easier, and less taxing to use than setting someone on fire…and much easier to explain if you come down to it.

However, with great power comes the chance of temptation and corruption and magic is no exception.  Nadia’s spirit guide indicated she had to come to town, and safeguard it as beast she can.  Sometimes this means taking a book out of circulation which could summon an actual demon, to finding a cure for some fool whose curse backfired.

Despite her seeming popularity, Nadia can be rather lonely.  After all, it’s one thing to show an interest in New Age nonsense, but if you actually prove it…well, people have a low tolerance for anything out of their understanding.  Of course, the sort of person who’d go dancing skyclad doesn’t often make for the best company.

Lately, Nadia’s been feeling greatly disturbed as she’s found evidence of someone working illicit magic, but she can’t figure out who.  Whoever this person is, though, has to be a person of power to keep themselves hidden from her investigations.

Nadia is keeping a special eye out since all her predictions seem to focus on one of her former students, a red-haired individual she found rather charming if otherwise unremarkable.  However, just because someone doesn’t seem out of the ordinary, this won’t stop fate from slapping them around.

For those who don’t read regularly my forums, I’m making very good progress scripting the romances of Queen Of Thieves. Some funny screenshots below: 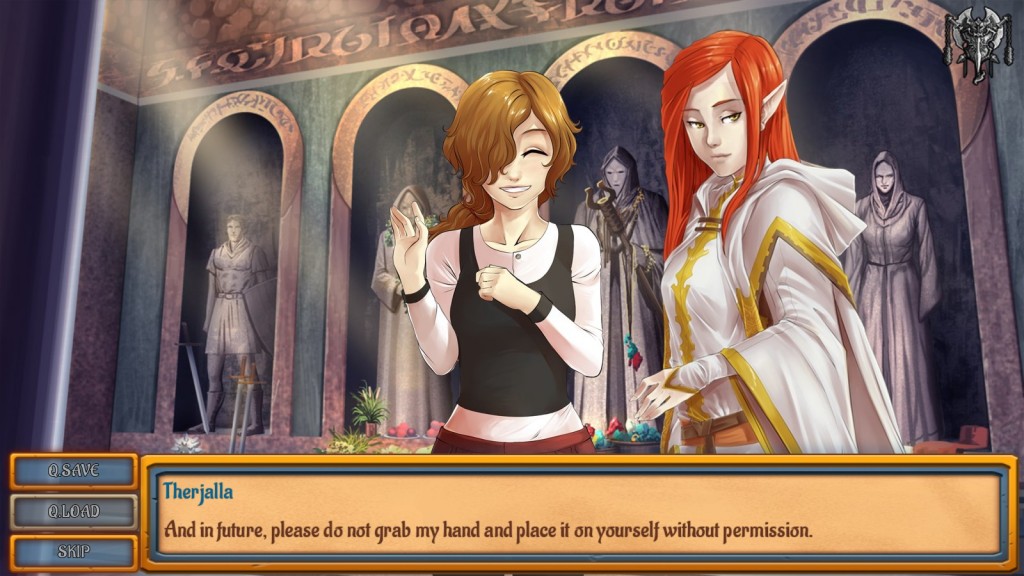 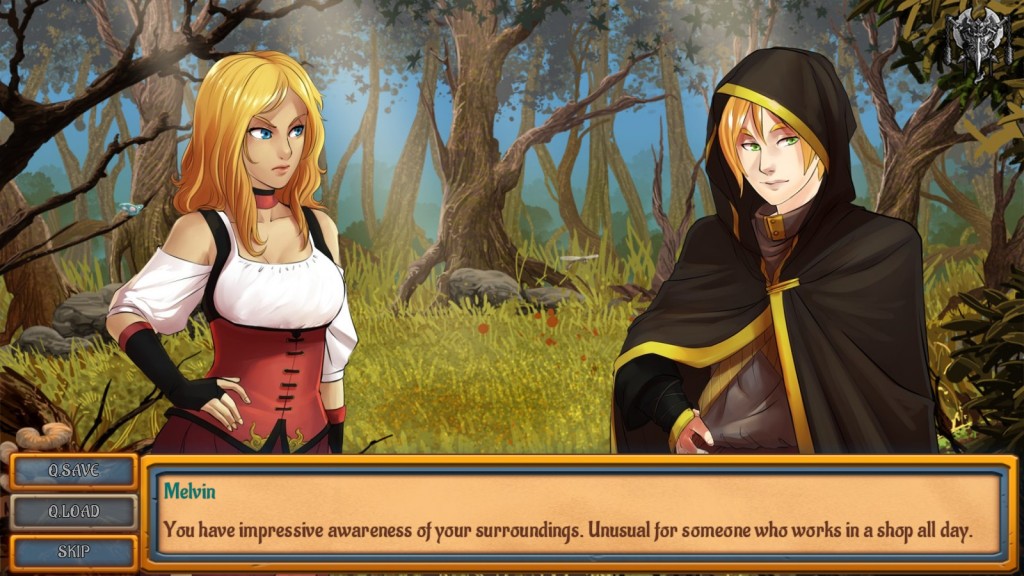 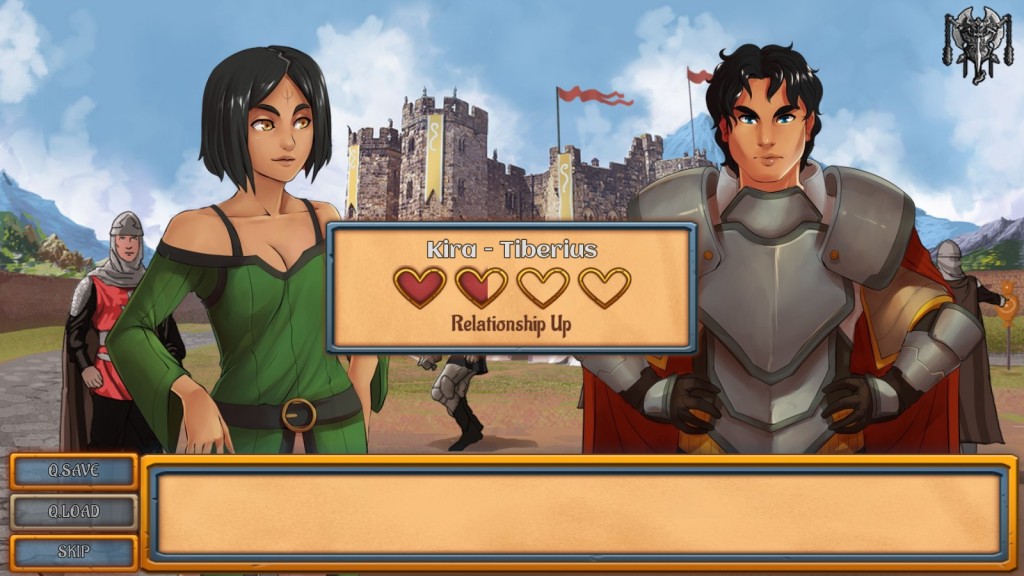 I should be finished with the yuri romances by the end of month. That doesn’t mean the game is ready, but a very big part of it yes. It’s just missing some extra CGs/scenes, and the coding of the final battles.