News on the new RPGs in development

It was a while since I showed something about Planet Stronghold: Warzone. Being a bigger game than previous ones there has been some troubles developing it, but luckily now the development seems to be going at good pace. Making RPGs is very hard, sometimes I forget it 😀

Anyways, in the video above even if there’s still a lot of placeholder art, you can see some good stuff. The main menu, the music screen with some official tracks playing (the final OST will be available in the bonus content version like in my most recent games). But also the codex and the colony sim “minigame”.

I also made a test replacing the placeholder art with some of the finished desert tileset: 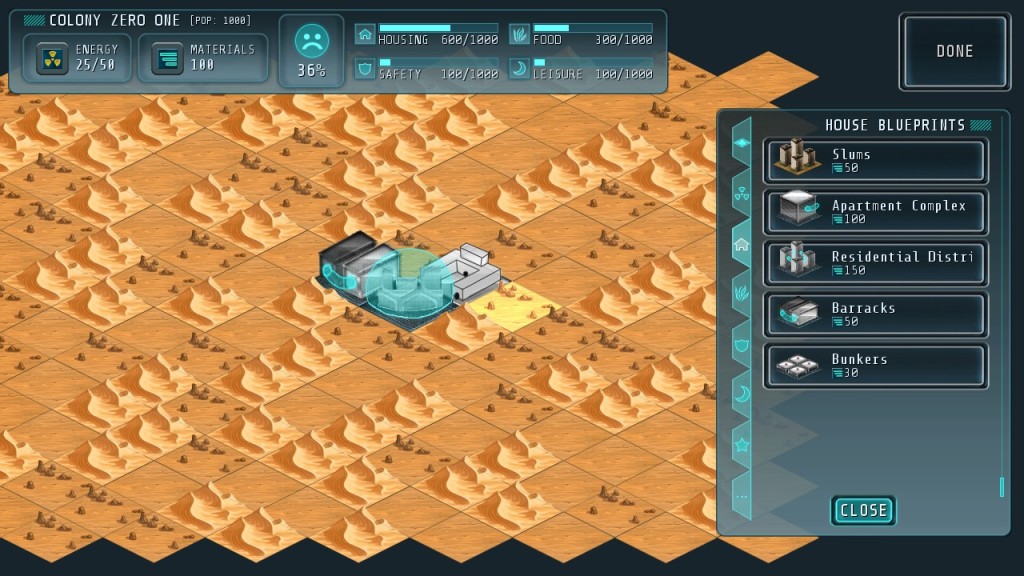 looks still a bit messy because it was just a quick test, but already better, doesn’t it ? 😉

We also had the “crazy idea” to have an exploration part similar to the one from the first game, using the isometric tileset system. It would show only during the missions (in the game there will be several missions to play, some unique to each side), so not the full game. This way the environmental situation the party is in will be better represented, offering some more strategy to decide how to pass specific points guarded by enemies, where to use the skills, and so on.

For now is just an idea and I don’t want to promise anything since is not like there aren’t other things to do, but if possible we’ll try to add it 🙂

The game will also have a much better “World Building”, meaning that the codex will talk about each race, faction, the main characters (in party and outside) and so on. It will also explain better how the Psionics work, the origins of Planet Stronghold and all that stuff. In summary, will rule 8)

I have also some more good news about the “Mystery RPG” that I’m working on from time to time when there’s a moment of pause from the main games. I’ve hired again Taleweaver to write the story, and commissioned some of the art already. I don’t want to say any estimate release dates but if everything goes as planned (which probably won’t, by Murphy’s Law) this Fall the game might be at a good stage, maybe even in beta 😉

So as you can see, even if my next games to be released will likely be two dating sims (Nicole & Roommates) the fans of roleplay games can sleep well knowing that there will be some good stuff for them coming later this year!

3 Responses to News on the new RPGs in development