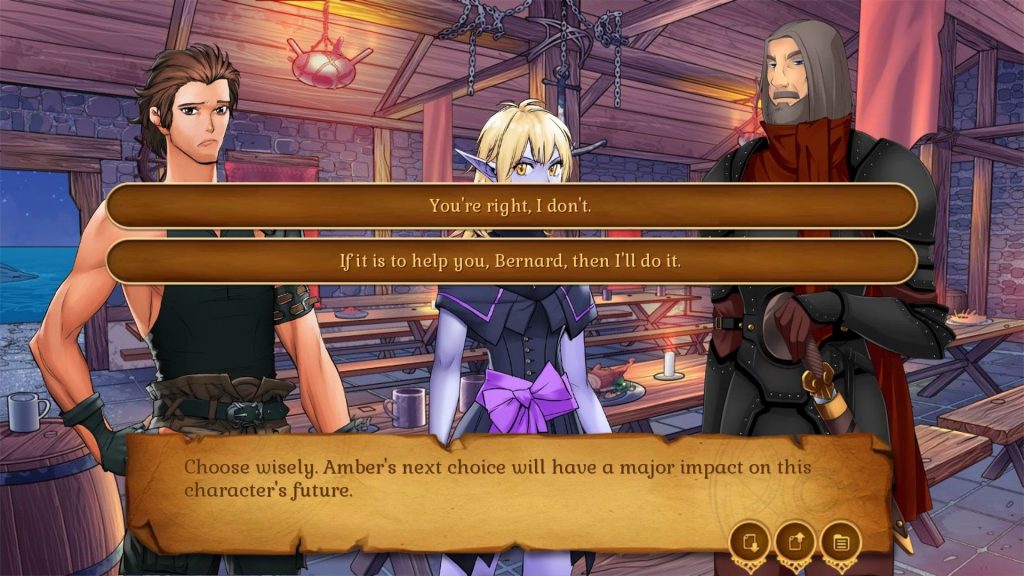 First of all, the usual Steam Summer Sale has started and my games are on sale with discounts from 30% to 50%. You can check them out here.

What I learned from making Amber’s Magic Shop

About two months have passed since Amber’s Magic Shop was officially out. The game performed well, as expected, however I want to talk about a specific topic in this post-mortem: the gameplay.

Reading reviews on Steam it’s always enlightening. Apart the usual joke reviews like “Sadly, no.” and a thumb down (ROFL that one was epic) in general you get a good idea why people liked your game or not.

Now in this case, reviews can basically be divided in two: those who played the game mainly for the story, and those who approached the game more for the crafting/sim gameplay. The first group has mostly positive reviews, the second mostly negative 😀

First of all, I think it was obvious that I wasn’t so arrogant to think to be able to make a game as good as the Atelier series! Fun fact: I started this game, back in 2011, because I noticed that on PC it was missing a crafting/dating sim game like one those.  Then, had the usual issues with writers and the game got GREATLY delayed. By Murphy’s law, exactly 2-3 months before Amber was ready, finally the Atelier series appeared on Steam! Perfect timing as always, right? 😉

But apart this “bad luck”, my goal was to make a more casual/accessible crafting sim. I was the first to admit that I wasn’t satisfied with the gameplay, and that in future games I will think carefully before adding gameplay.

Of course, don’t get me wrong, there are people who played/liked it. Just last week an user in forums reached level 30… so clearly played the crafting sim a lot! 🙂 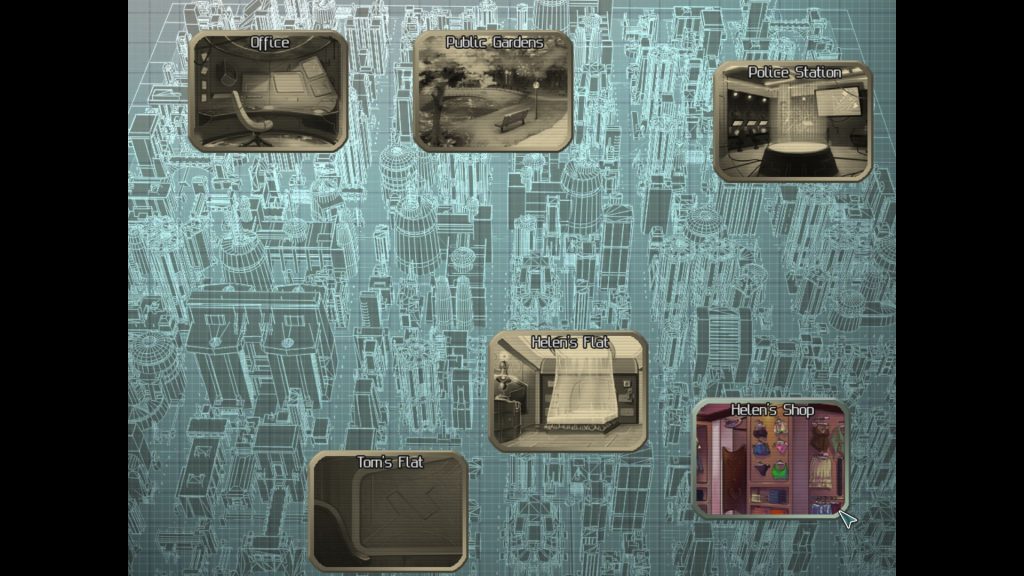 Sometimes even just a map, and story that changes based on the order in which you do things, it’s enough to make a game fun (from Bionic Heart)

I came to this consideration: sometimes, doing less is not necessarily worse, more like the opposite. In future games, either I’ll be very confident about the gameplay I’m going to add to the game or … I wouldn’t even add it! It’s better to have a “plain dating sim” (it’s not a bad thing, really) than spend 3-4 months extra on something that: people who are playing the game only for the story won’t even touch, people who were interested in the gameplay mostly won’t appreciate/like because it’s not “good enough”.

At that point would be better to save my time, and release the game faster and maybe if possible at cheaper price, no? since after all I didn’t have to spend all the time/money to design/code/build a gameplay part.

I still want to have gameplay though 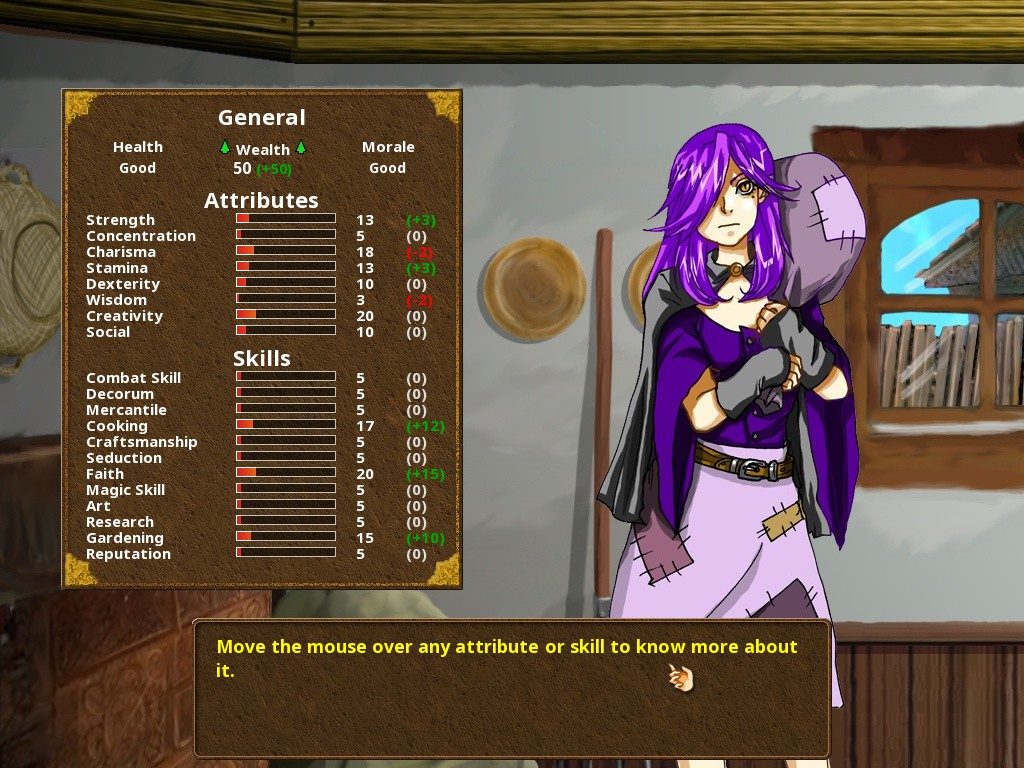 At the times of making it, Spirited Heart gameplay was very complex for a Ren’Py game. Luckily now it’s much easier to do sim games!

When I first started, I always wanted to have a story mixed with gameplay whenever possible. Sometimes the result was good, other times less. But while I want to offer a “VN Mode” for all future games, one of my goals will still be to try to provide some interesting gameplay as well.

Another conclusion I came to recently (not related to Amber but in general), is that unless the writer knows very well the gaming world (and luckily a few of my writers are also players), giving them too much freedom doesn’t always work well. It’s better if I write my own games and then ask an editor to do some heavy editing to turn my mediocre English into a decent prose 😉

I believe that this way the end result will be better, with the story more integrated into gameplay (because I can code while I write the story). Also, since I would be writing my own games, once the story is done the only delay would be due to the editing, but luckily that’s a quicker process (the editor doesn’t need to come up with the story, the characters or think how to write a sentence so that makes sense in the gameplay context etc etc).

This is something I want to try too, but of course once I have finished all the current games in progress, and are really many: including the unannounced ones, I have 14 games in progress! Time to trim that number down I think 🙂