First of all, public service announcement: Amber’s Magic Shop is out on Steam! If you bought it directly, you can as always redeem the free Steam keys from this site: http://www.bestanimegames.com/steam/

About this blog: I know I said I would announce a new yuri only dating sim today, but I decided to wait a bit more. The game is going well but I realized that even if I had all the assets (writing, art, music) ready TODAY (and that’s not the case), it would still take me at least 2 months to have the first beta version. For this reason, I decided to wait a bit more, even if the writing it’s at very good point. Also because while I’m not a superstitious person, announcing the games early didn’t really work well in the past, didn’t it? 😀

This is what I’m working right now. I’ve finished the intro part of the game, where you’re recruited by the Human Empire, just before the big “open world” part which will be hard to code but also fun. For sure was fun to code the character creation so far!

Originally, this game was supposed to not have the protagonist displayed, seen in first person view. This because in a 2D game, you can’t have both character customization and romance CG scenes! Just imagine how many variants of each CG the artist should draw if the protagonist was displayed. So far I didn’t do this in all my games, but this was limiting the choice a lot. In Loren, SOTW, Queen Of Thieves you started with predefined characters. You could change their stats/skills but not their appearances. In Queen Of Thieves you could at least change their outfits (and it was a very popular option!). 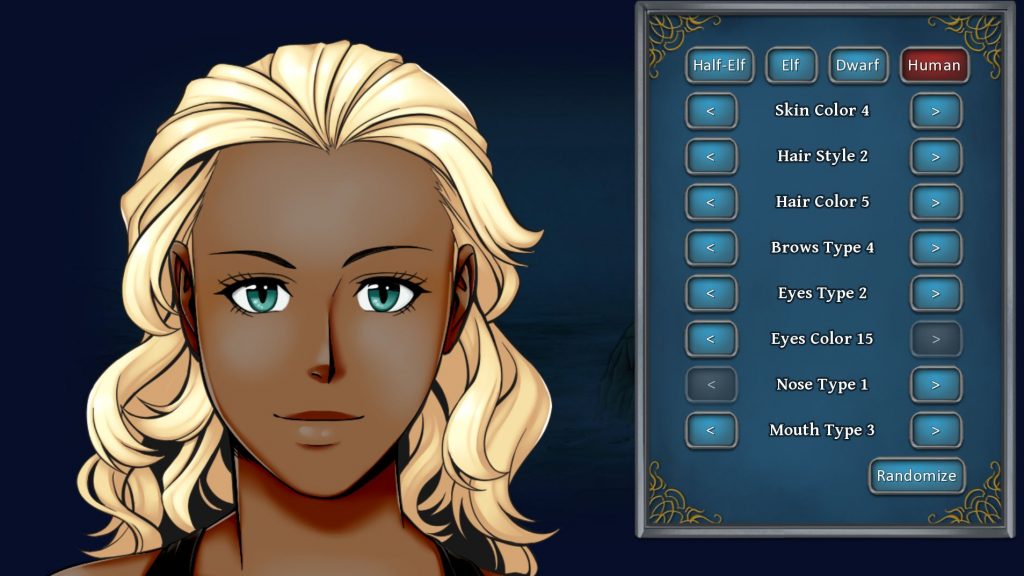 A randomized head using the new character creation system. I think I was lucky!

In Cursed Lands, I decided to at least have the portrait of your protagonist shown, as you can see in the screenshot above 🙂 It will be displayed in the battles and inventory/character screen of course, not in the game scenes which will still be seen in first person (including the romance CGs).

However just creating your character, even if will be displayed only in those parts of the game, it’s already a lot of fun! I originally calculated 1080 different combinations but then I let myself go a bit when creating the color variations for hair/eyes, so now the unique combinations is over 10.000 😀 Of course, several hair/eye colors are quite similar, but I’m already proud of what I’ve managed to do, since it also includes the possibility to create characters with darker skin 🙂

Once I have everything working I’ll make a public alpha so people can play with it and reach the end of the intro of the game. Still a long way to go (need to code a LOT of things !) but I’d say that I’m on the right track for this game so far: the character portrait system is very nice, and the in-game character creation (including a sort of personality test after the intro scenes) it’s interesting as well! 🙂 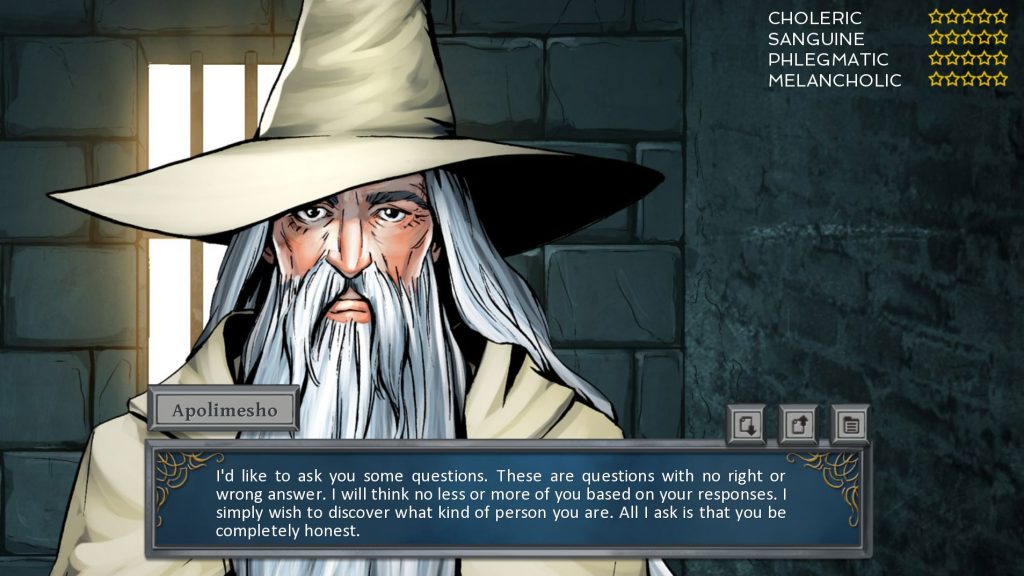 After the initial character creation, a familiar face will ask us a few questions to determine better our personality…

I also spoke with the writer and we’re considering making both Nuala and Vaeril romanceable by both genders to make more options available to the players (as said the romance CG would stay the same but would only change the texts).

24 thoughts on “Choose Your Own Portrait”