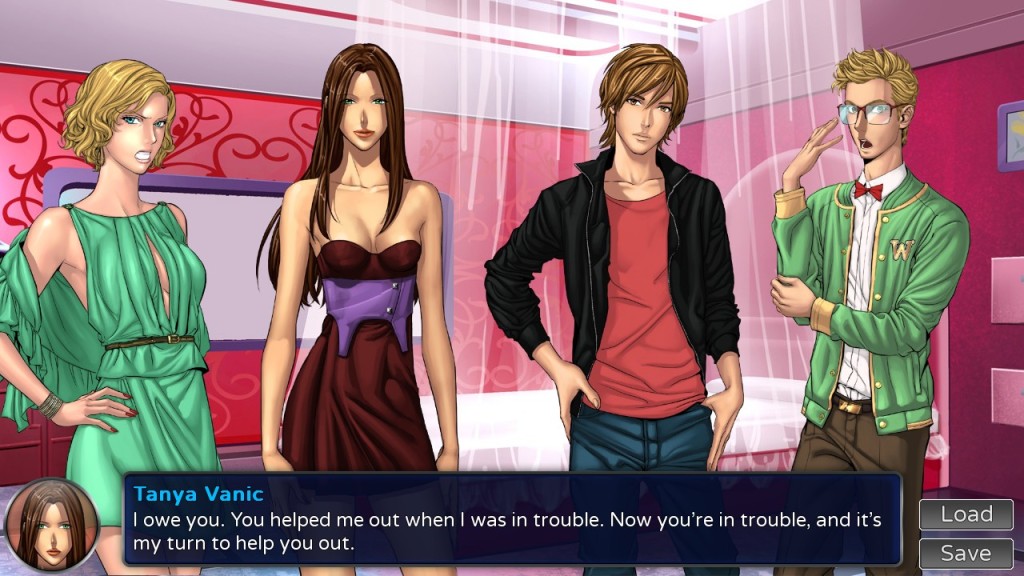 I wish I had someone like Tanya to help me out, because I would really need it.

Today I hoped to announce Bionic Heart 2 beta testing. After two months of coding/testing, would be about time!

Instead no. I have bad news. I’m at one point where I fix a plot hole, and a new one appears. I check a variable, one path works, the other doesn’t. A scene that before was fine, now plays out of order.

I’ve worked like crazy in past 3 days, I’m stressed like never before and then I came to a simple conclusion. There’s no hope to make this work. Every time I open the script I have a headache now. Writer doesn’t have time to help.

So I’m thinking what to do. It’s really embarrassing for me. Despite all the efforts, I know that I can’t make this work, unless I make some really big changes. And I’m not used to release half-broken games. Testing to find the bugs is one thing, but the version I have currently is not even to be considered “testable”. Only 3 days ago I thought I was at good point, but then I discovered that is like a house of cards, if you move a piece, everything falls apart.

It’s the first time I find myself in such situation in my life, and I’m the sole responsible of this. I should have followed more carefully the situation, instead I was busy with other projects. A wrong choice, trusting too much someone else capabilities, thinking he can do it all on his own without supervision, and that’s the result.

A pity because the story itself is really good I think.

Not all is lost though!

However don’t be afraid, I’m already thinking what to do to solve the situation. A simple solution would be to eliminate the “multiple path” feature and just have a continuous story, where if you fail the Mars or Earth path the game ends. Less cool than the original project, but probably in this case I wouldn’t have to do a total rewrite of the story, and would be faster to solve it.

Don’t worry, the game WILL be out, you will only need to be patient for a little more! I am still aiming to finish it by the end of March, even if I’ll have to rework the game structure a lot.

I’m really sorry about what happened and will make sure this won’t repeat in future.