The importance of randomness 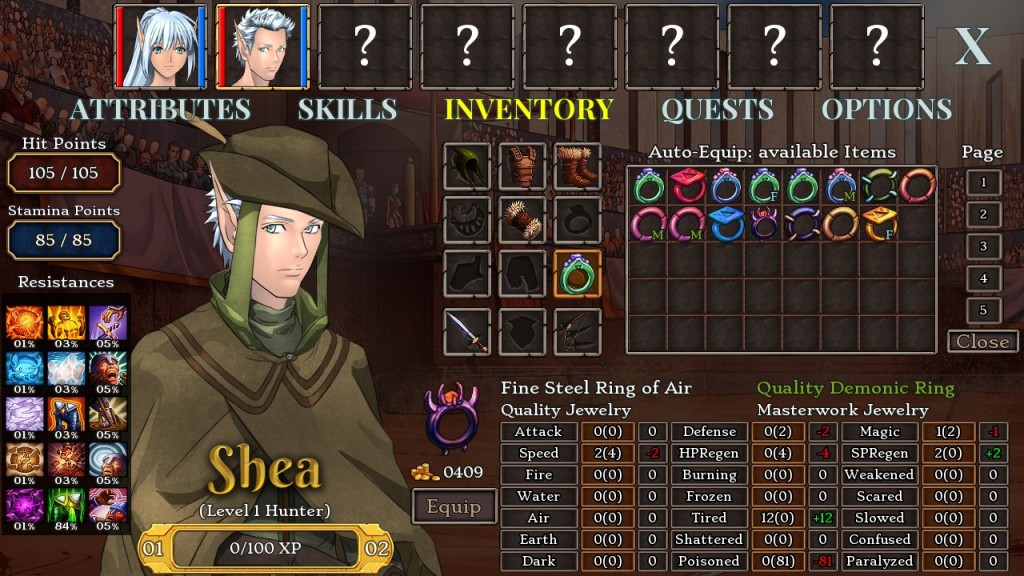 In the screenshot above, the new random items in all their splendor!

I’ve been recently playing Diablo3 on the PS3. I can hear a voice in my head saying:

“What? You’re playing!? Go back immediately to work on the games!”

But NO! Doing research is important for every business, so I decided to force myself to play it (also an excuse to use the PS3 for something since the recent PS+ games have been a bit disappointing for my tastes).

I played more and… I had the idea to implement random items on my next RPG, Seasons Of The Wolf 🙂

One of the strong points of Diablo has always been the use of the random element. I am not sure if other games before it used it so well. I fairly remember the first game, and how every match was different.

Obviously, since I make story-based games, I cannot rely too much on the randomness, since the plot follow a linear path, some locations must be fixed, the characters too, etc. I cannot also generate random maps or dungeon (at least for now!) so the only random element I could add was in the items/loot. 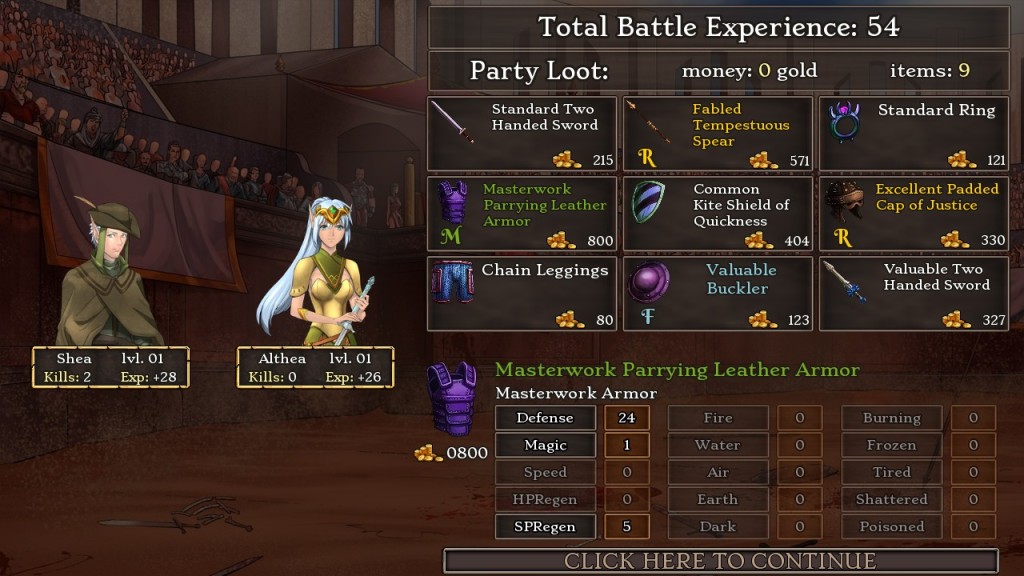 A test for the looting screen. Of course in the real game you rarely will get so much stuff!

And I must say that it works VERY WELL. Now whenever I kill an enemy during testing I wonder what item I’ll get – is pretty exciting! Of course the drop rate is not high, rather than flooding the inventory with garbage that you’d have to resell it immediately I decided to limit the amount, but increase the average quality.

In general the rare items are, rare, but also depends on the enemy. Boss enemies now will drop obviously higher level loot 😉

I decided to go with the following tiers: Rusty, Standard, Fine, Quality, Excellent, Masterwork, Rare and Legendary. Legendary is the only item that is not randomly generated, since I still want to have control over the most powerful items, so I’ll define those manually. They’ll also be unique and have a unique name.

To help the player recognize better the top items, the Fine/Masterwork/Rare/Legendary have a different color and a small letter with the initial of the word near the item icon in the inventory.

Overall, it took me a week of hard work (last weekend I worked 10h/day straight!!) but now that is working I must say that was time well spent! 🙂

In other, but no less important, news, three more of my games were greenlit yesterday! They are Flower Shop: Summer In Fairbrook, Always Remember Me and of  course Planet Stronghold (was about time!).

I plan to release Always Remember Me next weekend, if all goes well. And the others coming shortly after in next weeks. Stay tuned 🙂

7 Responses to The importance of randomness