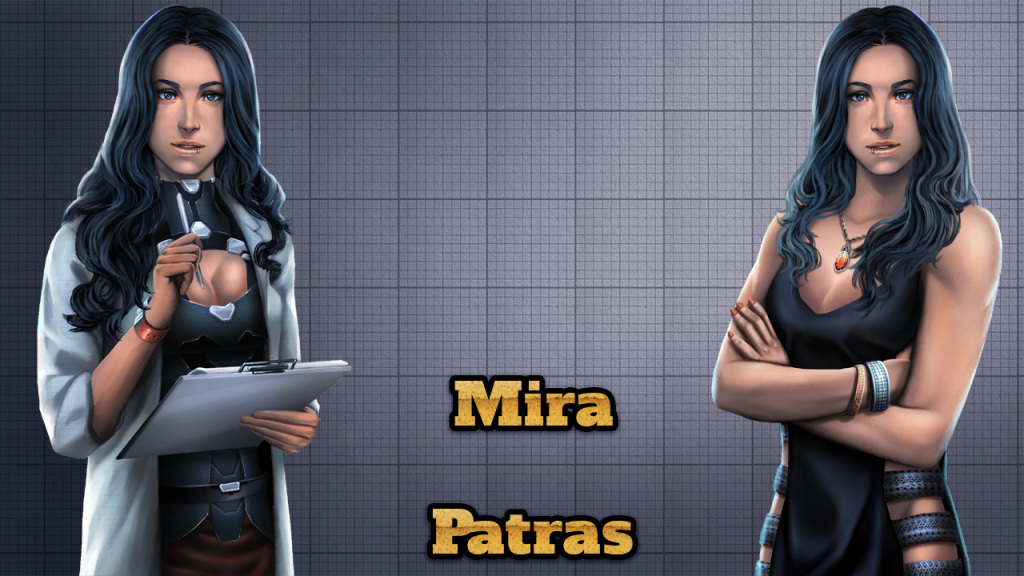 After a break of a few weeks, back to introducing the PSCD characters. And what character! 😉

Description:
As one of the youngest Nobel Prize winners ever, it was a foregone conclusion that Mira would make her way to Planet Stronghold.  The numerous anomolies and mysteries have drawn scientists like a moth to flame, and Mira is certainly no exception.

There are many demands on Mira’s time, however.  A true polymath, she has provided valuable insight into numerous fields, whether it is geology, or robotics.  It is known some of her research was instrumental in Lucius’ construction, for example.  This also causes a bit of exasperation for the military since as a civilian, Mira isn’t as bound by military doctrine as a soldier would be, and they worry she may inadvertantly leak some critical research.

What initially brought Mira to the planet were reports of excessive gigantism among some of the animal species, and upon her arrival, witnessed this firsthand as a giant grub attempted to consume her transport shuttle.  Instead of frightening her off, Mira was inspired to  stay.  After all, if she could discover the source of this enlargement, it might then be replicated among other things such as food bearing crops.

Mira is also a bit of a media darling as various outlets vie for her attention.  Some of these include invitations to anchor her own show, or various movie roles.  While she makes time for inteviews, Mira usually declines these entreaties as they would. There were many broken hearts when she refused the lead role in the remake of ‘Attack of the Giant Amazon.’

Needless to say, she is one of my favorites. Not because of the piercing on the lips, or the blue eyes. Or her sexy alternate outfit. No, really, not because of that… 😀

Jokes apart, I really like all the character design of this game! And I’m also pleased by the progresses made by the writer so far.

SOTW DLC and other games in progress

SOTW Steam testing is going well, can you believe that we found some more small bugs? haha the work on a RPG is never done! They were all minor things of course, but needed to be fixed 🙂

I can also confirm that we’re going to work on a DLC for SOTW. Only 20 days have passed since the official release, but I’m confident enough that it’s worth doing it. The DLC will happen after the end of Act 4, but of course before the various “alternate endings” (since they talk about things happening far in future).

I’ll manage to keep the existing characters so keep your saves, but I think will also offer the possibility to “start anew” just for the DLC, automatically leveling up the characters to level 25-26 and picking your romance, so people don’t necessarily need to replay the whole thing!

The DLC will focus more on the story/lore and the interaction between the player and the various romances. Is a RPG, so of course there will still be battles, but not often as the main game!! Of course everything is still in early planning stages, since the DLC for sure won’t be out before next Summer/Fall (as always, depending on how the other various projects go).

Queen Of Thieves is going well too: the artist is making the new characters with his “new improved style” and what can I say? just take a look for yourself: 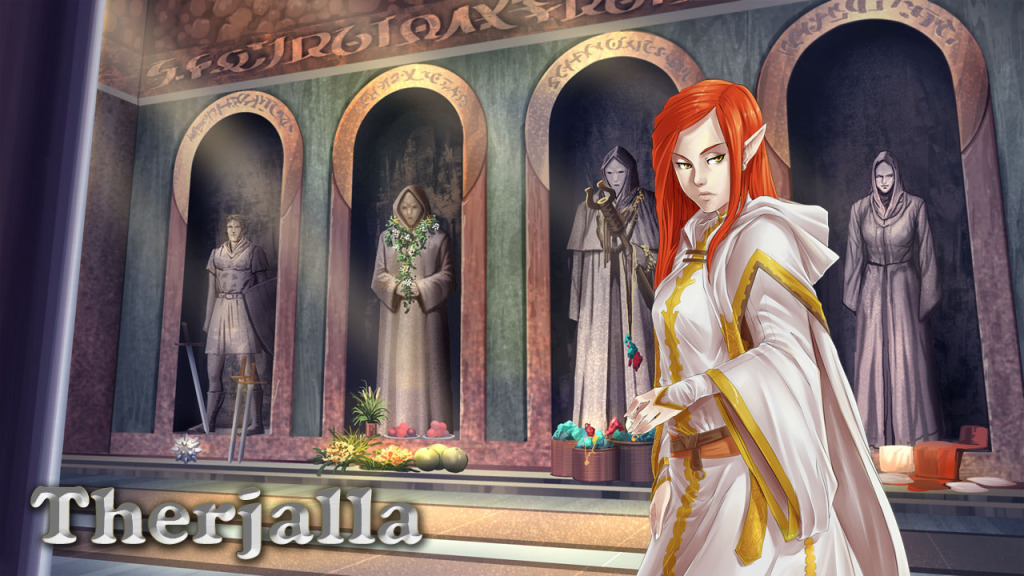 So, Myrth from Loren has a formidable competitor it seems! 😉 Jokes apart, also pleased by the new writer’s speed. I have no release estimates of course but if both writer and artist keep going at this pace, the game will be out sooner than I thought.

See you next Friday…the Black Friday!! 😮