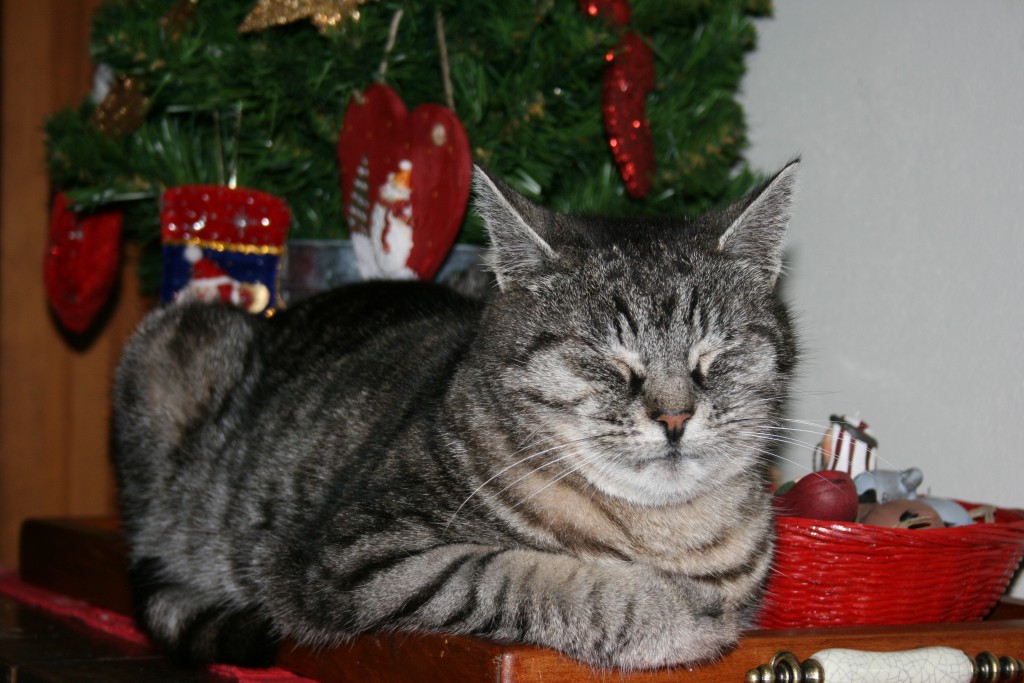 In the photo above, my cat Grillo under a small Christmas tree 🙂

Haha the post title sounds a little scary, doesn’t it? 😀

But it’s actually the pure truth. This year, as you might know, I didn’t release any new game, since I don’t consider SOTW DLC a “full game” (even if was moderately long), and while PSCD is almost done, it’s still not officially out. Dead But Alive wasn’t made by me so doesn’t count.

Luckily, I still managed to stay afloat because of all the games I made in the past, but my income basically dropped more than half vs 2014! Though I had no hopes to match that year again, getting 14 games both on Steam AND iOS at once… was some rather unique combination!

Talking about the only released game, SOTW DLC, while doing it I realized the big mistake I did with SOTW main game. Yes I know that many people love it. I love it too! But from now on, for obvious budget/time reasons, but also because I don’t want to get burned out, my future games will be much more story focused. Gameplay, sure, but not too complex or breaking the narrative too much.

Back to the post title, what are the reasons behind the lack of releases? Keep reading.

Anyway, this is what happened this year: I’ve invested a lot on producing new games, and this also include getting back to work on some old games like Queen Of Thieves or Undead Lily. In practice, I decided was time to finish what I started YEARS ago! Since I don’t like to leave unfinished projects.

It was a very good year because finally I found out several people who I can count on. Artists, writers, musicians, coders. People who are reliable. Wait, I know what you’re thinking: if those people are reliable, how comes that you’ve not released any new games this year? Well, it’s because some of them were busy on long-term projects (like Loren 2) others were hired only recently (you can’t expect to write a 200,000 words game or draw 16 CGs in 4-5 months!) and in general, the quality and amount of content in my games has increased a lot, as you’ve probably noticed.

So while is true that there was no new game out this year, 2016 is looking to be a really “fun” year 😉 Here is what I have estimated. Of course, nothing is set in stone, in this world is really hard to meet the deadlines and there’s always some unexpected problem, so take this list with a grain of salt, but here it goes anyway:

Then, at the end of year, I’ll collapse exhausted and die 😀 haha joking, of course I’ll need also to reserve some time to take breaks between each game release, to avoid being burned/stressed out. So obviously I won’t release ALL those games above!

But even if I’ll manage to release only half of the games listed, it would still be an amazingly productive year compared to 2015. So, here’s hoping.

And the list above doesn’t even include some secret projects I’ve been working on since a while… so depending how things go, there might be a few surprise announcements!

This entry was posted in general, indie life. Bookmark the permalink.