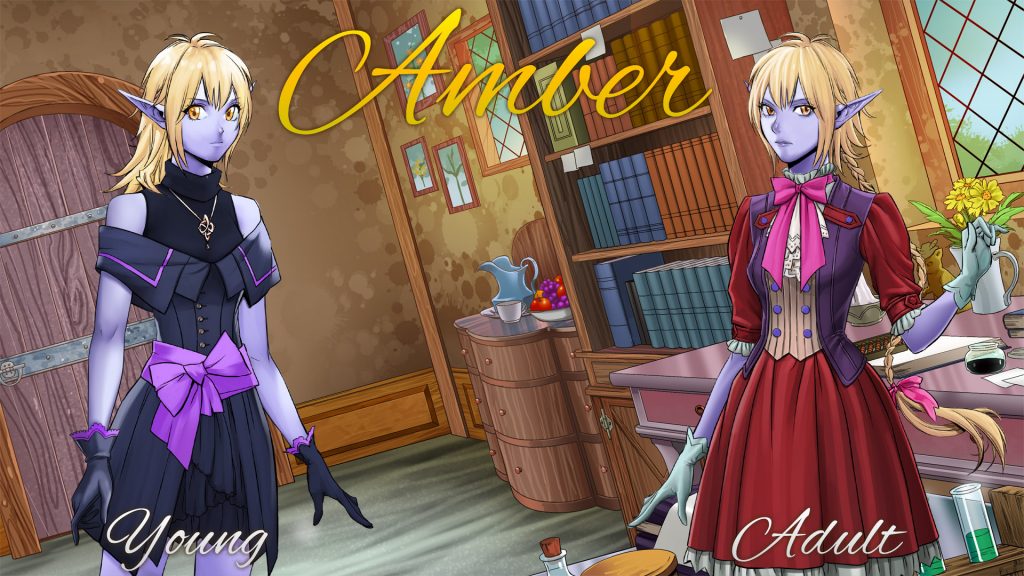 Let’s start introducing the cast of this game, starting obviously with Amber herself! In the image above you see the young and adult version. There are more clothes besides the two shown above 🙂

Abandoned as a baby in the woods to the south of Icesilia, Amber was found and raised by a witch called Vin. She spent all her life in the woods, never venturing beyond its borders at the insistence of her adoptive mother.

The Dark Elf grew up wanting to be a witch like her mother but Vin would not allow her to practice magic, instead concentrating on teaching her how to brew potions and other aspects of alchemy.

When Amber turned sixteen, her mother announced it was time for her to see the world and she had arranged an apprenticeship with the legendary mage Haros of Icesilia to help her become a true master alchemist.

Amber has a natural talent for Alchemy. She has a knack for finding ingredients and a phenomenal memory that allows her to remember anything she has read. As a person, she tends not to show her emotions all that much and her natural expression tends to give the impression she is in a bad mood all the time.

In truth, she is actually quite a positive person although she is terrible at showing it.