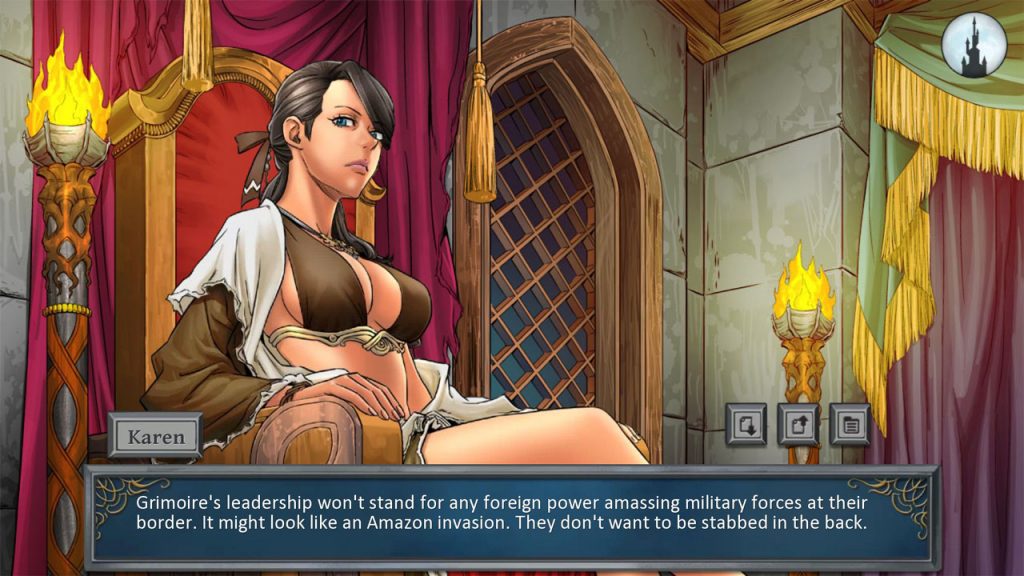 Political intrigue! Hot milfs! Cursed Lands has it all!

First of all, Happy New Year! Let’s see what I hope to achieve this year.

Considering how went in the past years, this time I’ll try to be more realistic. Of course two games already in progress (Love Bites and Cursed Lands) should really be finished this year, plus some more possibilities:

Cursed Lands – I don’t know exactly when it will be out, because with RPGs is really hard to set a good estimate release. Let’s say I get all the writing by June (just a worse-case scenario). The game should be finished by Fall of this year, even considering long time to do balancing, etc. Of course as soon as I finish the second act/full moon, I’ll update the current beta version.

Love Bites – Even in this case I can’t say exactly when it will be out, but since it’s not a RPG, once I have all the writing should be a matter of weeks. I want to be a bit more optimistic and say Spring in this case.

Volleyball Heaven – like above, in this case while the writing is basically done, there’s still a lot of art to draw, and do the scripting of the whole story. So it depends on those two things mainly, plus some extra coding required. I think that Summer could be a good estimate.

Anyway just looking at the last title above, I hope you understand why I’m done announcing games: even if VBH writing was 99% finished when I announced it, it was last Summer! And the estimate release is this Summer. One year. For an almost finished game. And it’s honestly nobody’s fault, everyone involved worked hard on it, just a series of bad luck happened.

That’s why I won’t talk about the current games in progress and it was a mistake doing it in the past.

I can also say that I have a few ideas for some SHORT GAMES ™ that I could write myself with an editor’s help. Of course for my standards “short game” will probably mean at least 70-80k words lol

And then there’s Planet Stronghold 2, I didn’t include it in this year of possible releases only because I honestly don’t think I’ll manage to finish it. After all I am already doing another RPG this year, and after I finish it I’ll probably need a few months to recover. So an early next year release it’s a more likely outcome for PS2. But you never know what’s going to happen 🙂