First of all, as you probably know, there’s the Steam Summer sale going on, until the 21st June. All my games are 50% off, except SOTW which is 25% since is still very new.
Check it here: http://store.steampowered.com/search/?publisher=Winter%20Wolves

Now, about the topic of this post: this week I’ve been busy finishing coding the “dungeon exploration” part of my upcoming game “The Queen Of Thieves”. As I posted in forums already, this part is separate from the main gameplay in which you go robbing the houses of the nobles.

Its mainly purpose is to provide a way to gain experience (the infamous “grinding”) for those players who like it. You’ll be able to access it from the map, as seen in the image below: 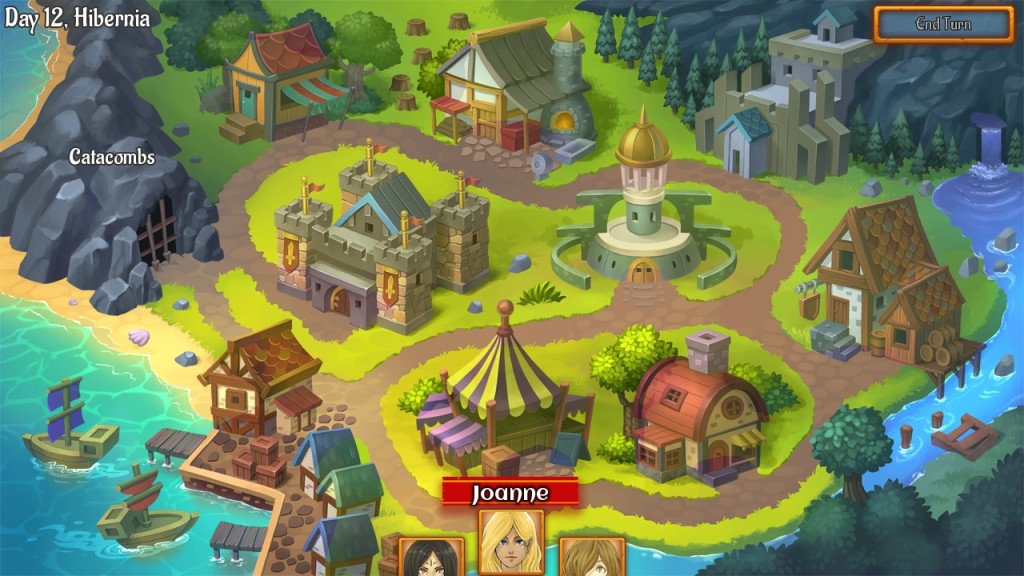 You can visit them once a day, and every time you finish a level you’ll need to wait several days before a new level opens (this to limit the grinding speed a bit!).

The first time you enter, you’ll be greeted by Tiberius (one of the romanceable characters, and the guards captain). He’ll accept your offer to help exploring the “catacombs” which are nearby the town. 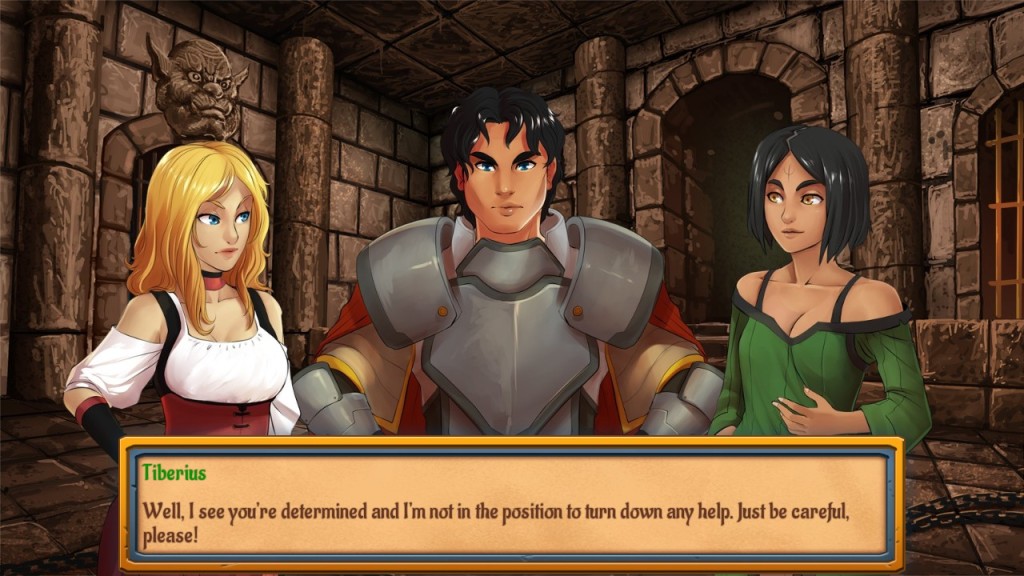 Once you enter them, you’ll see the view of the current catacomb level, like a sort of blueprint/map. You’ll be able to move through the various locations, which will be full of encounters. Each level will have different types of monsters. In this case, the first one has giant rats and disease rats. 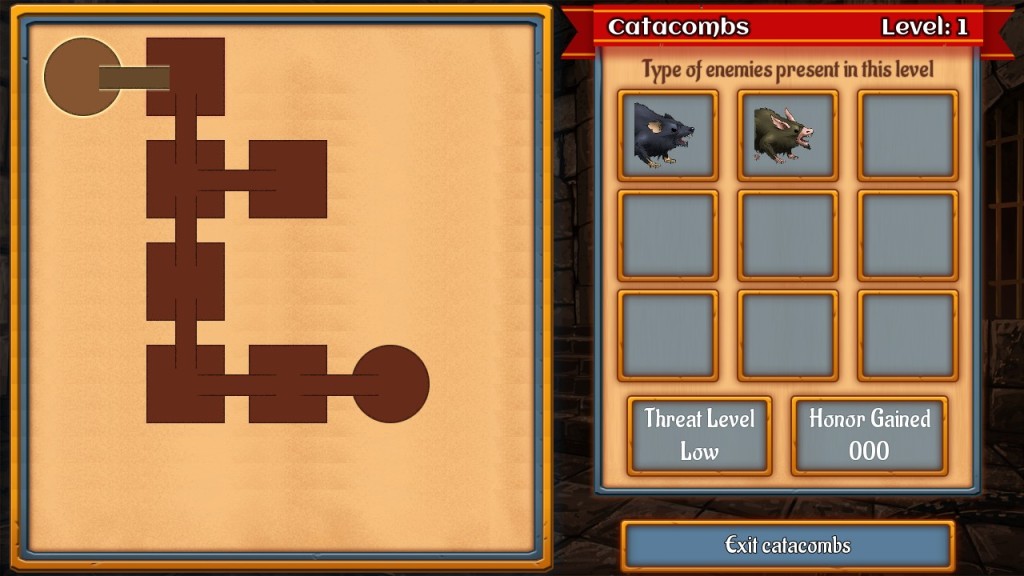 Before the fight, you’ll be able to place strategically your party members and also see the enemies level and monster type, alongside a short sentence describing the monster feature (for example the disease rat can inflict disease, while the giant rat is very fast). 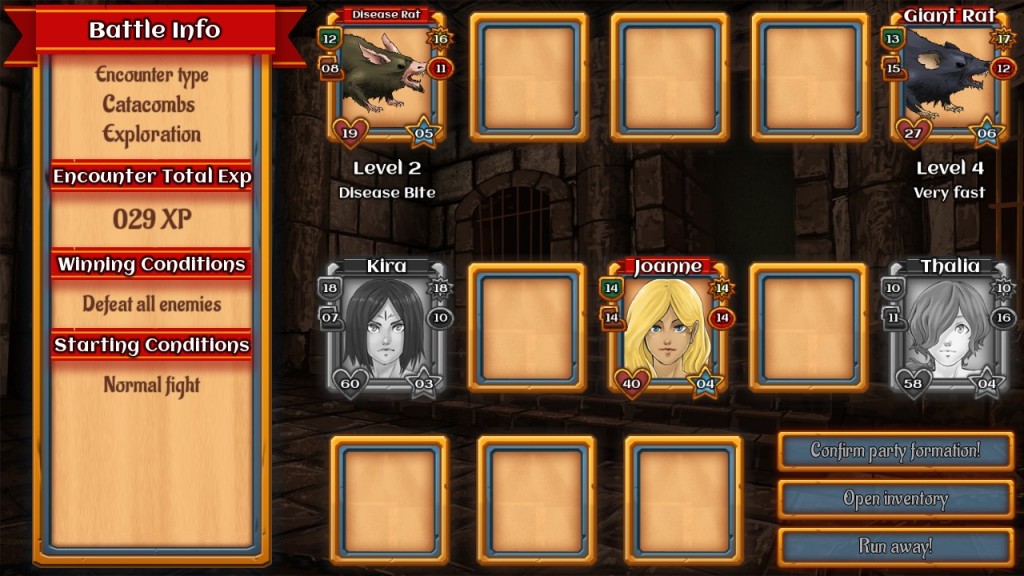 There will be different winning and starting conditions: in some fights you’ll need to kill a specific enemy to win, in others you’ll be ambushed so enemies start with a speed bonus the first round, and so on.

I plan to have 9 levels in total, which should be enough to provide a good variety. Also, differently from what I originally thought, I am also going to write a short story about what happened in those catacombs, so if you manage to explore them all you’ll discover some important information 😉

This entry was posted in queen of thieves, Steam. Bookmark the permalink.