I’m very proud to announce that I brought together two awesome people: Rebecca (the artist behind my early titles like Heileen and Bionic Heart) and Miakoda (PSCD writer) to make a new game! 🙂

I am quite excited about it. I don’t want to reveal too much about the story, since involves supernatural. Also, the full game title (or the subtitle if you prefer) is longer… but if I posted it now, I would give away some of the surprise. So for now I’ll just call it “Love Bites” 😉

Some more information: it’s going to have a classic dating sim gameplay, with a calendar, several places/activities to do, and of course love interests. It’s going to have both male and female protagonists, and have both straight and homosexual romances. There will be 2 male and 2 female love interests and you’ll be able to romance all of them with the male or female main character.

Are you already excited? I am! In the next weeks I’ll introduce the cast of the game. For now, here is a preview of the two main protagonists: 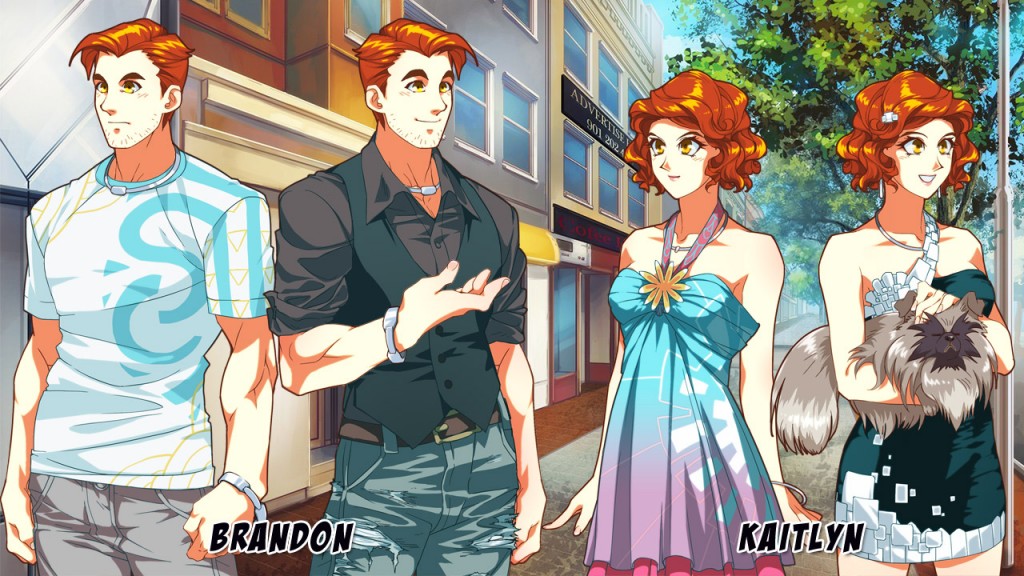 Yes two red-heads 😉 The cute dog Kaitlyn is carrying is Nick (even Brandon can carry him of course). It’s based on one of the pet I used to have (unfortunately he died back in 2011): 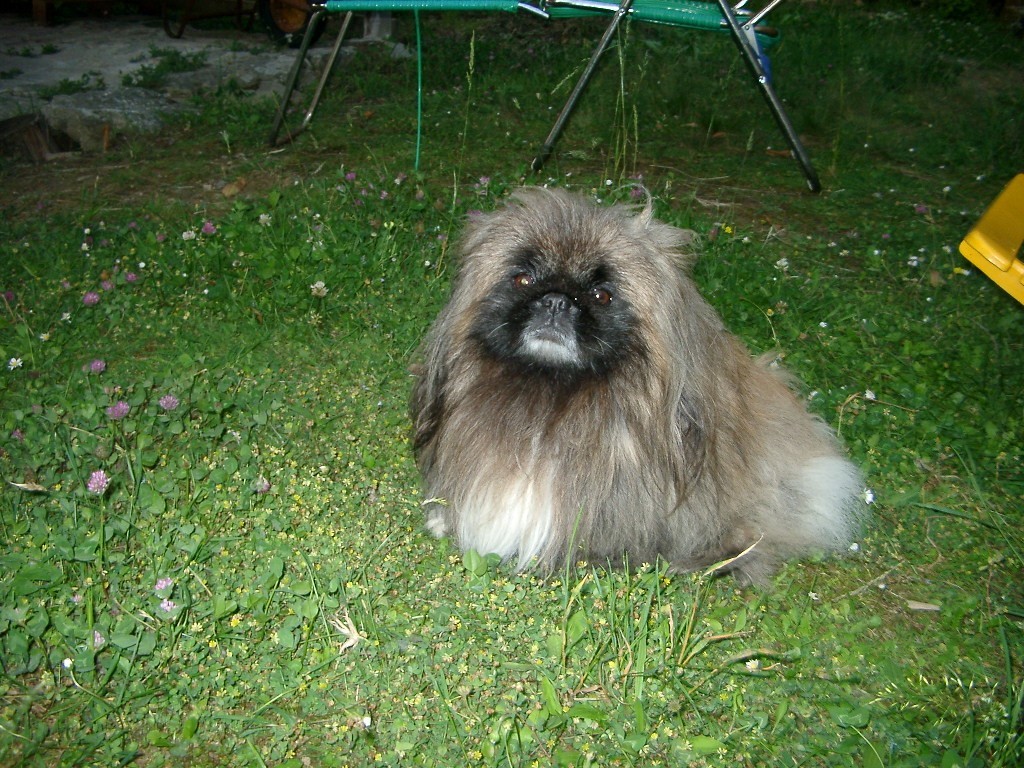 I already put several of my cats in games (Black of Heileen, Othello in Bionic Heart, Nina in Always Remember Me, Remi in PSCD) but this is the first dog!

This week also got a good news for yaoi-lovers: the writing of my first yaoi-only dating sim Heirs & Graces is finished! It still needs to be all scripted, coded, it’s missing some music, etc so it won’t be out shortly, but very likely will be the next game to be out after C14 Dating.

I also finished the last part of the Queen Of Thieves “robbery missions” and asked artist to do some tweaks to the sprites. I need to review all the scenes now, integrate them in the game (so if you visit the blacksmith with the right characters, you’ll meet Mary-Ann, etc) and make note of some missing backgrounds. Still a lot of work to do but having finished the coding is a big milestone.

I also got to play a first beta candidate of C14 Dating and it’s looking AWESOME. I am really eager to start the preorders which might happen very soon, even this weekend, so follow me on social media or read the forums to know more 🙂

Currently I’m looking at this release schedule (which of course could totally change based on cosmic-events, as you well know):
– end of this month/next month: C14 Dating beta
– April/May: Heirs & Graces beta
– June/July: Queen Of Thieves beta

will be fun in a few months to go back to this post, and see what REALLY happened 😉